Monte Jones received a surprise $2,250 bill after his back surgery when he learned the anesthesia was out of network. 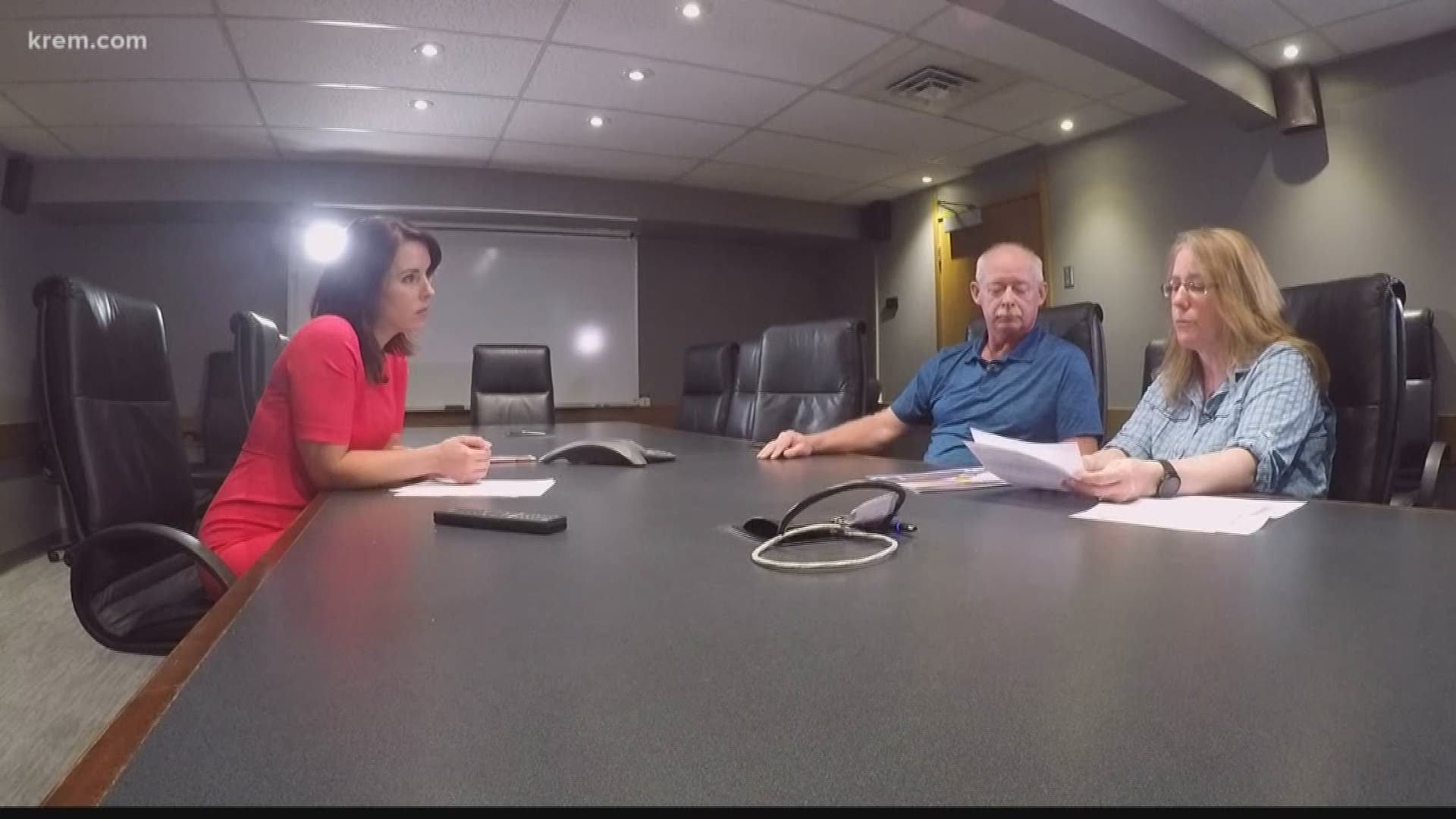 SPOKANE, Wash. — Even with health insurance, patients can still get hit with an unexpected medical bill in Washington state.

The Washington state legislature passed a law to stop a loophole that allows surprise medical bills to happen, but the loophole doesn't close until 2020.

A Spokane couple spoke to KREM 2 about how this happened to them, even after they checked with their insurance to make sure everything was covered.

Monte and Kristy Jones received an unexpected bill after Monte had surgery for a bulging disk. Before they scheduled surgery, they made certain that -- after a co-pay -- insurance would cover the cost.

"They said, 'You're approved, go ahead and schedule it,' and that's what we did,” Monte said.

Kristy checked as well, adding, "Even at the pre-op appointment I even asked again, our insurance there's no problem with our insurance we're covered. And they said yes."

It wasn't until more than a month later Monte was on the mend and they got a bill for anesthesia services.

That's when they learned about surprise or "balance billing."

Statistically, 60 percent of people have gotten one of these types of bills. When patients go to a hospital they may be treated by a doctor who accepts their insurance.  But if somebody comes in to help who isn't in-network, the patient is likely to end up with a separate, surprise bill for a balance above and beyond what insurance agreed to pay that provider. That's when patients get a bill for the balance.

"We have a past due amount now," said Kristy, "And so we're worried, well, we don't want it to go to collections."

"I think it's completely wrong. To me it's borderline criminal," added Monte.

Kreidler pushed for legislation to make surprise medical billing illegal. Governor Jay Inslee signed it into law, but it doesn't go into effect until January 2020.

Now consumers are stuck in this in-between where the practice is deemed inappropriate, but it's not yet illegal. If a patient gets a surprise bill, the Insurance Commissioner suggests they call the provider and ask them to reconsider the charges in light of the fact the law is changing.

After much back and forth, the anesthetists office told Kristy insurance ultimately decided to pay the balance. They're thankful for that, and now worry for the people who don't fight these kinds of charges.

"I'm sure a lot of people just pay it and it's just not right," said Kristy.

Soon the law will protect patients from surprise billing. In the meantime, patients should advocate for themselves to save money.

When the law does go into effect in January, a patient who gets emergency care in an out-of-network emergency room or has a non-emergency medical procedure in an in-network facility can no longer be “balance billed.” Insurers will have to hash out payments with providers. Any provider who continues to balance bill illegally may be referred to the state Department of Health for enforcement.