Inside WSU's creation of the Cosmic Crisp apple

The apple is said to have the perfect mix of sweetness and tartness while also staying crisp enough to last months in storage. 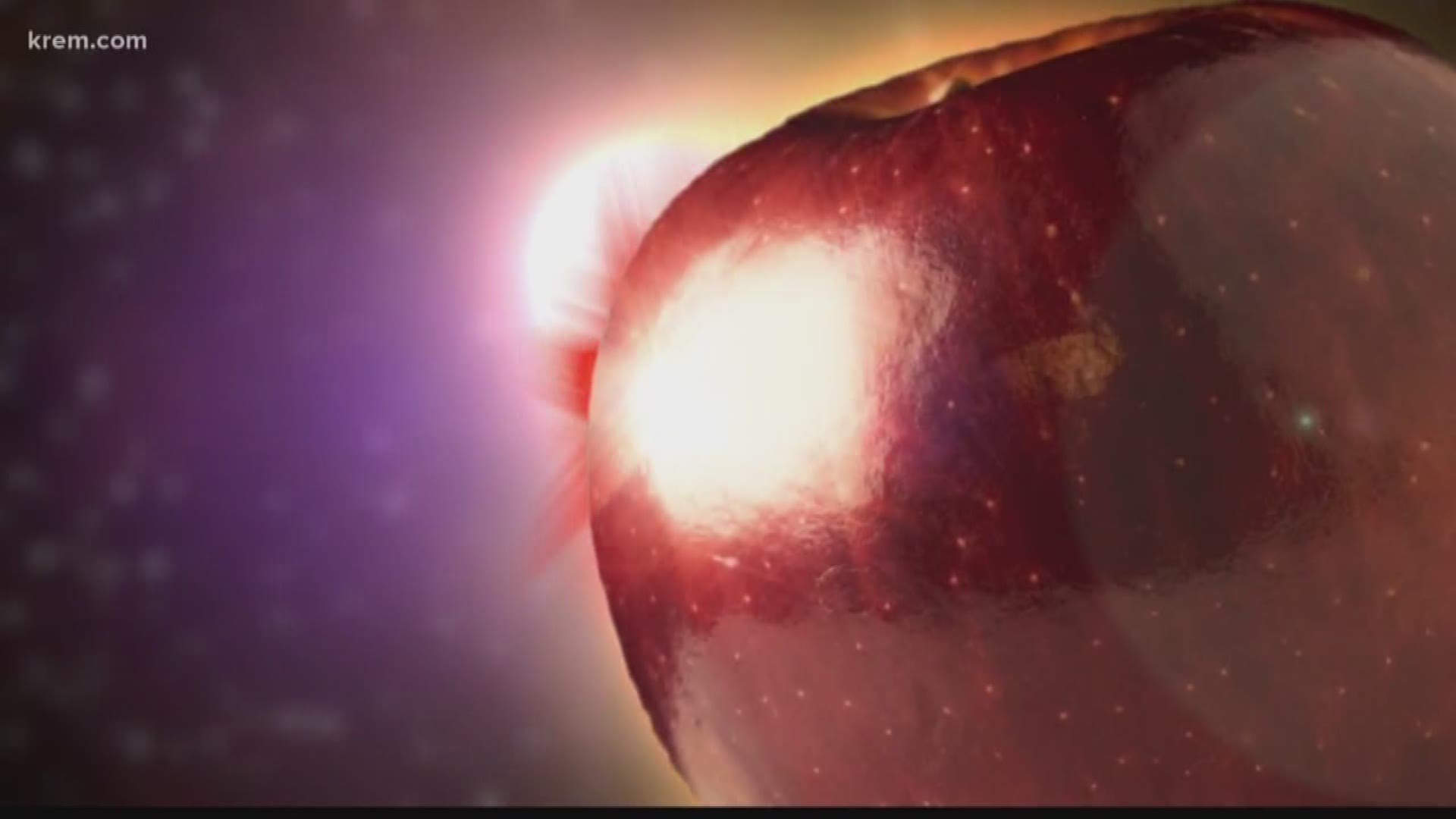 It’s called the ‘Cosmic Crisp.’ It’s a cross between the Honeycrisp and the Enterprise – two of the industry’s most popular varieties. They’ve been growing in Washington orchards for years, but are just now getting mature and producing enough fruit to be sold throughout Washington State.

During the research phase, the ‘Cosmic Crisp’ was known as WA-38. Development for the fruit started more than 20 years ago.

It’s now being recognized across the entire state for being an apple with the perfect mix of sweetness and tartness while also staying crisp enough to last months in storage, without ever losing its trademark juiciness. It’s because of those qualities that the new apple is currently growing on millions of acres across Washington.

“A lot of people were not that happy with the traditional varieties, like the Red Delicious, the light Golden Delicious, and even the Granny Smith. So that was our goal. Develop something that the consumer really, really wanted,” said Cosmic Crisp creator and retired WSU Apple Breeder Dr. Bruce Barritt.

Barritt first hybridized the Honeycrisp and Enterprise back in 1997, eventually coming up with a new seed.

“That hybrid seed is planted and grown into a tree, and we look at thousands and thousands of those trees, before we find some that are really good,” Barritt said.

Barritt retired from WSU in 2008, but his mission kept going under the new leadership of Dr. Kate Evans, Interim Director of the WSU Tree Fruit Research and Extension Center. She said developing new species of fruit is all about evaluating each variety and choosing the best ones.

PHOTOS: Inside WSU's creation of the Cosmic Crisp Apple

“We can do all sorts of instrumental tests. How do we rate the crispness, the firmness, the juiciness, the sweetness, the tartness, but overall, is it good or is it not? And the WA-38, the Cosmic Crisp apple was always just at the good end of the scale,” said Evans.

Researchers do all sorts of tests to rate the quality of each apple. It takes five to seven years for a single tree to even begin producing fruit. As a result, any new variety has decades of research behind it.

“You would never know, if you just go to the store and pick up and apple and buy it. You'd never know how much time and effort it takes,” said WSU Intern India Cain.

So how did the Cosmic Crisp get its name? It’s partly because of its crisp texture, but also because of the signature dark red color and white spots. Researchers compare it to the night sky or the cosmos.

Barritt said the new apple variety will be a healthy option for consumers, but also greatly benefits the Washington apple industry by giving growers a new product to bring to market.  He tells KREM 2 he’s proud to finally see his work from WSU labs come to fruition across the state.

WSU has only ever released one other apple variety, the WA-2, in the 1990s. The Cosmic Crisp will be available to buy at Walmart and Kroger/Fred Meyer stores starting on Dec. 1.

RELATED: WSU scientist develops a way to get mac and cheese to Mars