Appiture is a camera integrated app that will assist pediatricians in the process of screening for autism. 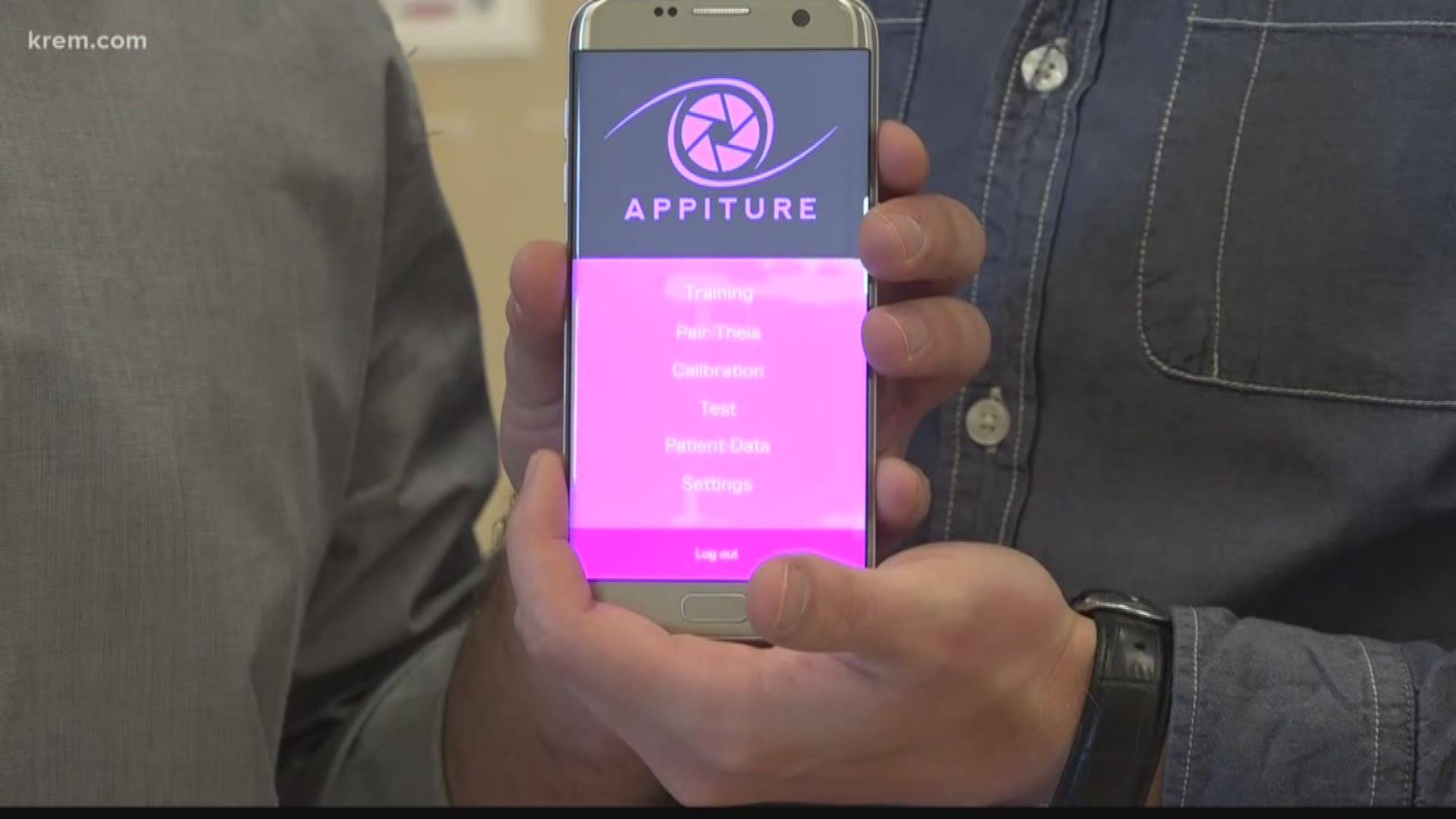 PULLMAN, Wash. — Students at Washington State University have created an app with the goal of improving the early diagnosis of autism.

In 2018, the CDC determined approximately one in 59 children is diagnosed with an autism spectrum disorder.  There is currently no medical detection for autism.

It can be diagnosed based on observations and questions about the child’s behavior. Two WSU students have created an app for pediatricians that could make screening for autism less subjective and hopefully more comprehensive.

“So when you ask a parent, 'Does your child struggle in something?,' they’re going to want to say no. Because of that it’s an extremely subjective test and it has a lot of faults. So, if we change it to a physiological, a bio-physical response then we can eliminate that bias,” Vice President of Appiture TJ Goble said.

Goble and President Lars Neuenschwander have combined their science, engineering and design education to create Appiture.

Appiture is a camera integrated app that will assist pediatricians in the process of screening for autism. One way the app would do this is look at how the eye adjusts to the light using your phone camera.

"When you shine a light in your eye, your pupil will shrink. For children with autism and in the research, we’ve seen, the time it takes for their pupil to shrink takes longer," Goble explained.

"So, by getting early intervention started early, before four years old, you can really train a kid to perform a lot of the same functions they would need in order to succeed,” Neuenschwander said.

With any project, it requires some passion to work the long hours and see it through to the end. For Goble, it’s personal.

"My uncle has autism. So, I grew up being aware of what struggles someone with autism might face. There's still a lot of issues with screening and diagnosing a disorder like this. And if we can improve just a couple of lives, that would be a big impact for us," Goble said.

Team Appiture is still about a year out from fully launching the app. But if you ask them, the hard work and long hours have paid off so far.