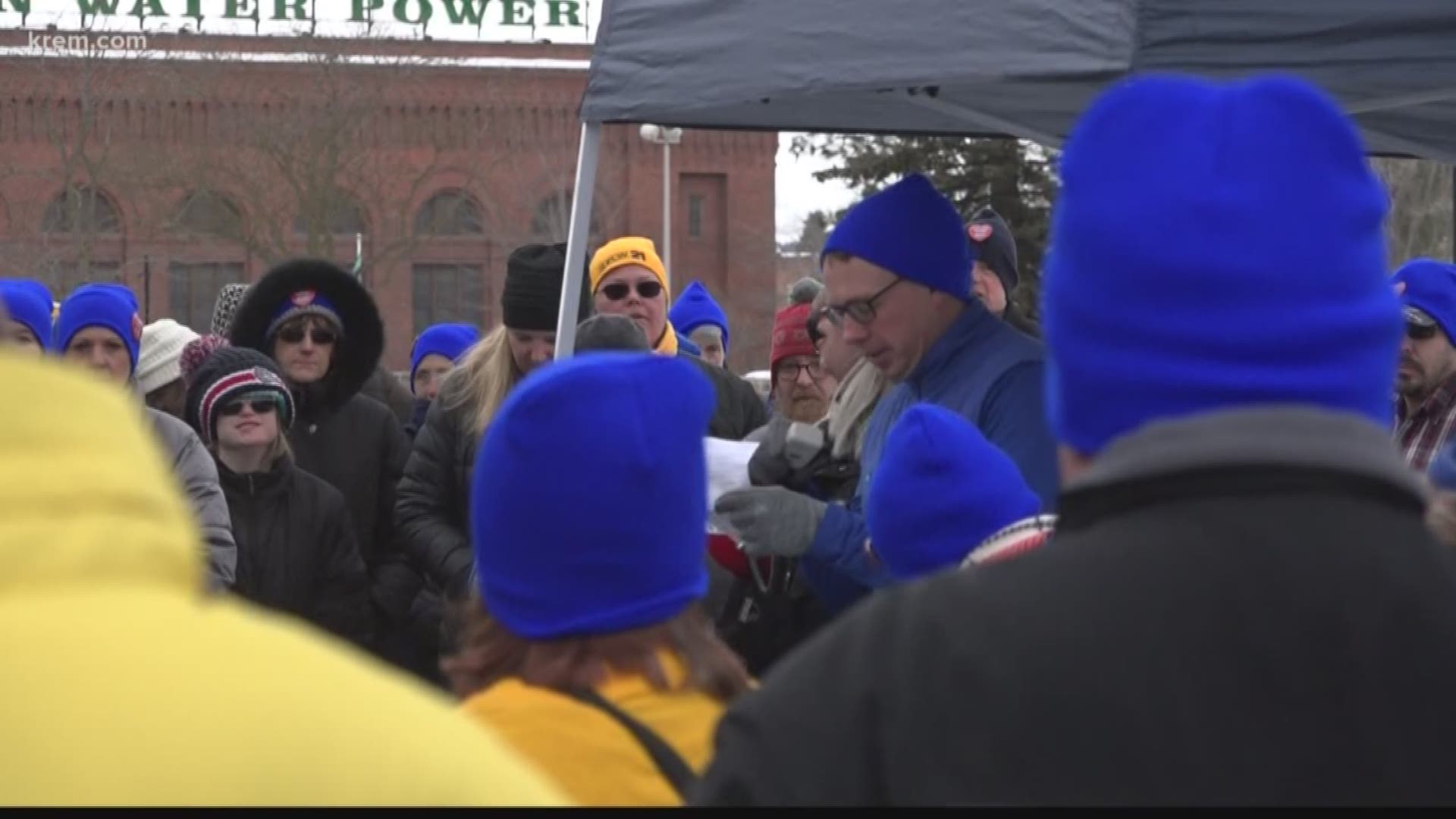 According to a press release, the rally sponsored by the Washington State Nurses Association is focused on “nurse and patient safety.”

The rally began at 2 p.m. with speakers at the Rotary Fountain and continues with a march through Riverfront Park beginning at 3 p.m.

KREM Reporter Alexa Block estimated that between 150 and 200 people took part in the rally.

The WSNA President said Sacred Heart nurses have participated in seven contract bargaining sessions with the hospital over four months.

Providence Health Care Director of Marketing and Communication Elizabeth DeRuyter released a statement in response to the rally on Monday, saying they will continue to hold discussions in good faith with the nurses.

"Our management team and our represented employees all share the same goal of providing the best possible care to our patients," she said in the statement. "We all want this to be the best place to work and the best place to go for care—when we stay focused on why we were called to serve in the health care field, we accomplish great things together."

Supporters, patients and nurses attended the rally, according to the release. Other speakers include Spokane City Council President Ben Stuckart, Spokane Labor Council Secretary Treasurer Tina Morrison, a Sacred Heart patient, and the president of the Washington State Nurses Association.

A large group of Sacred Heart nurses marched through Riverfront Park in June 2016 as they underwent federal mediation on a new contract. Washington State Nurses Association leaders said they met with Providence Sacred Heart Management 13 times, including three sessions with a federal mediator, since December 15, 2015.

WSNA leaders said they wanted safe nurse staffing at the hospital, so they can provide high quality care to their patients. They also wanted predictability in their benefits, something they said the hospital took away.

In July 2016, nurses announced that they reached a tentative agreement with hospital management after 17 bargaining sessions. 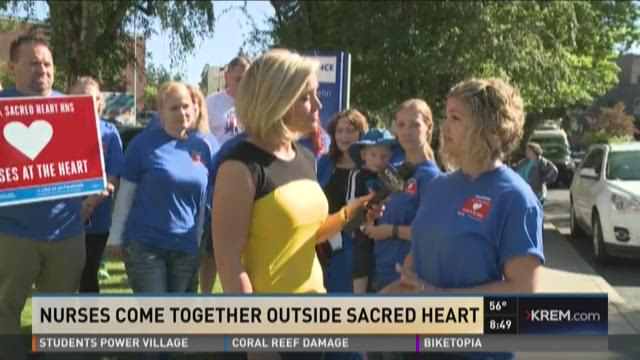