What health leaders are saying about the Delta variant in Spokane, North Idaho

While the CDC announced that 83% of COVID-19 cases in the country have been caused by the Delta variant, we aren't seeing the same rate locally. 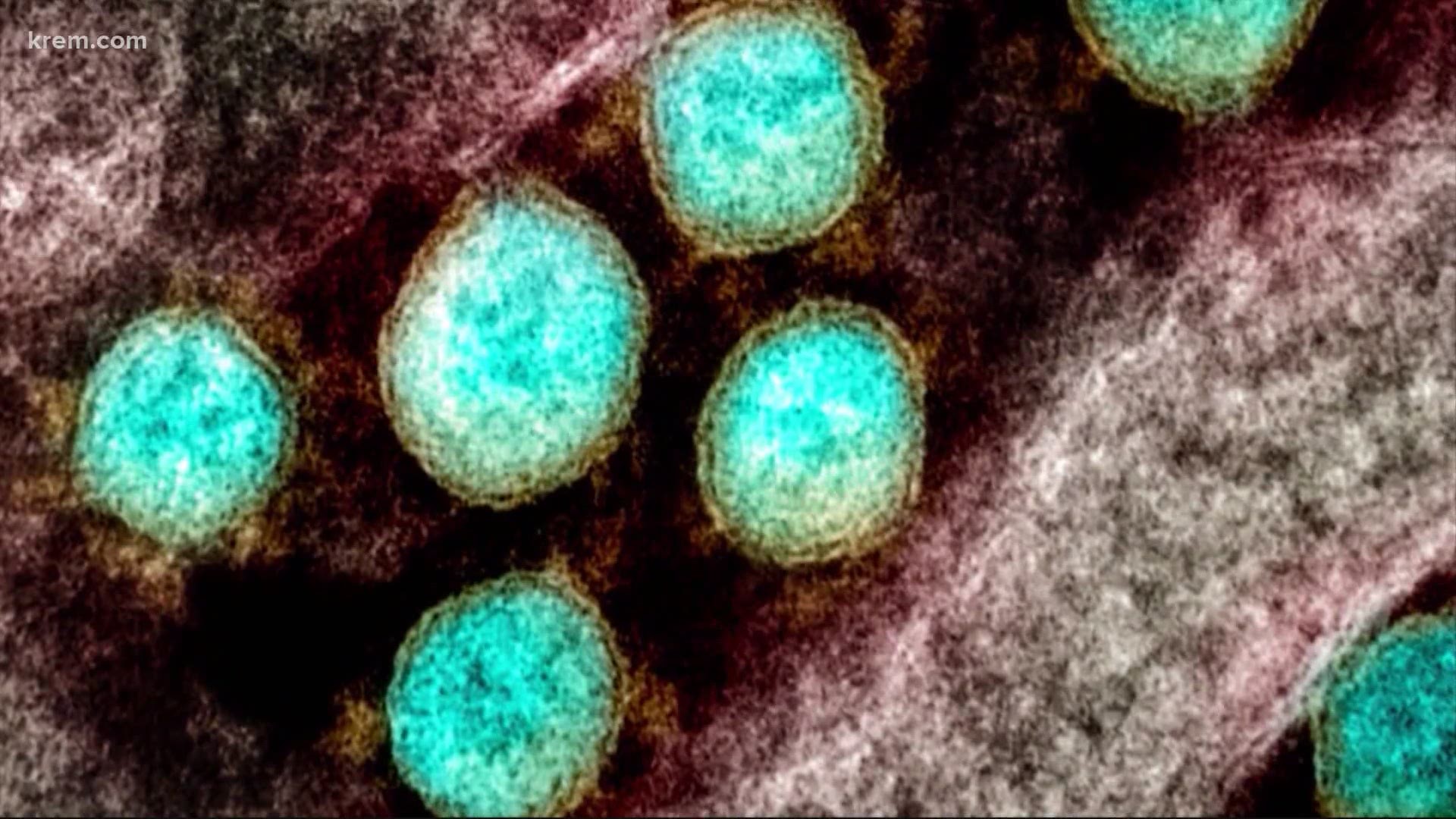 SPOKANE COUNTY, Wash. — On Tuesday, the CDC announced that 83% of COVID-19 cases in the United States have been caused by the so-called Delta variant.

The variant was first discovered in a patient in India in December 2020. On July 3, the CDC estimated that only half of COVID-19 cases in the country were caused by the variant. According to Spokane Interim Health Officer Dr. Francisco Velazquez, the variant is two to three times more transmittable than the original strain and can cause a viral load 1000 times higher in those infected.

"The main concern is with a Delta variant, if you look at the literature, it will tell you it is over 200% more effective than the original strain," Velazquez said.

The increased viral load can also cause more severe illness along with the increased rate of transmission.

"No. In the state of Washington, Delta variant of the cases sequenced is about 46%. In Spokane, it goes as far as about 1% of all the cases," he said.

Velazquez also said people aged 20-39 are responsible for 30-40% of new cases, which may be caused by low vaccination rates.

Idaho also doesn't test all cases for variants. Katherine Hoyer with the Panhandle Health District said the Idaho Department of Health and Welfare is in charge of testing specimens for variants. In a press conference Tuesday, the Department of Health and Welfare said the criteria for testing a case for a variant includes the sample having a high enough viral load to successfully go through sequencing.

Panhandle Health said there has been cases in North Idaho that tested positive for variants, but the Delta variant hasn't been the one causing trouble.

"Alpha is the dominant variant that has been sequenced in our area so far, but you know, take it with a grain of salt because not all tests are being sequenced," Hoyer said. "We do believe that there's probably more variants circulating in our area than have been confirmed."

The Panhandle Health District has seen its numbers of new cases rise in recent weeks. Hoyer said this is likely due to low vaccination rates, which healthcare providers hope to change.

"For a while there, it seemed like we were doing OK,. Our case counts were, you know, steadily going down, [but] not in a great place," Hoyer said. "But now we seem to be you know, we're still averaging 25 to 30 cases a day here. So, it's just, it's not a place that we want to go. We're headed in the wrong direction."

The Idaho Department of Health and Welfare said on Tuesday that it plans to announce on Thursday some additional confirmed cases of variants in the state, but they are currently working to ensure none of the cases are duplicates. Officials are also trying to confirm where the cases originated.