Moderna says its vaccine triggered the same signs of immune protection in kids as it does in adults, and the same mild, temporary side effects. 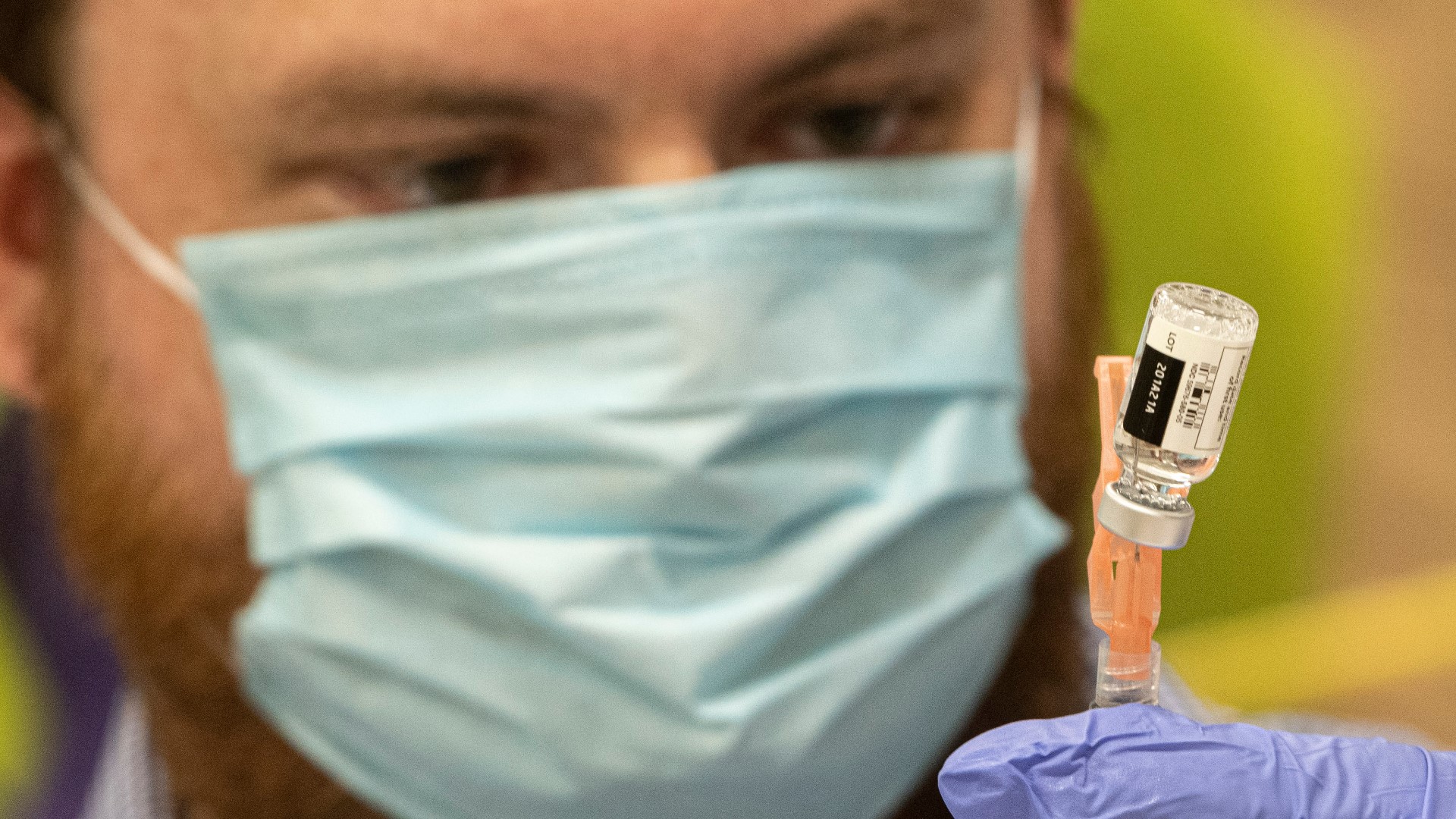 WASHINGTON — Moderna said Tuesday its COVID-19 vaccine strongly protects kids as young as 12, a step that could put the shot on track to become the second option for that age group in the U.S.

With global vaccine supplies still tight, much of the world is struggling to vaccinate adults in the quest to end the pandemic. But earlier this month, the U.S. and Canada authorized another vaccine — the shot made by Pfizer and BioNTech — to be used starting at age 12.

Moderna aims to be next in line, saying it will submit its teen data to the U.S. Food and Drug Administration and other global regulators early next month.

The company studied more than 3,700 12- to 17-year-olds. Preliminary findings showed the vaccine triggered the same signs of immune protection in kids as it does in adults, and the same kind of temporary side effects such as sore arms, headache and fatigue.

There were no COVID-19 diagnoses in those given two doses of the Moderna vaccine compared with four cases among kids given dummy shots. In a press release, the company also said the vaccine appeared 93% effective two weeks after the first dose.

Credit: AP
Vials for the Moderna and Pfizer COVID-19 vaccines are displayed on a tray at a clinic set up by the New Hampshire National Guard in the parking lot of Exeter, N.H., High School, Thursday, Feb. 25, 2021, in Exeter. The temporary facility, operating out of a field hospital tent, administers both the Moderna and Pfizer COVID-19 vaccines. (AP Photo/Charles Krupa)

While children are far less likely than adults to get seriously ill from COVID-19, they represent about 14% of the nation’s coronavirus cases. At least 316 have died in the U.S. alone, according to a tally by the American Academy of Pediatrics.

With plenty of vaccine supply in the U.S., younger teens flocked to get Pfizer's shot in the days after FDA opened it to them, part of a push to get as many kids vaccinated as possible before the next school year.

Both Pfizer and Moderna have begun testing in even younger children, from age 11 down to 6-month-old babies. This testing is more complex: Teens receive the same dose as adults, but researchers are testing smaller doses in younger children. Experts hope to see some results in the fall.