Report: Toronto Blue Jays not allowed to play in Canada amid coronavirus pandemic

The Blue Jays' alternate site for home games is the team's spring training facility in Dunedin, Florida, one of the states hardest-hit by COVID-19. 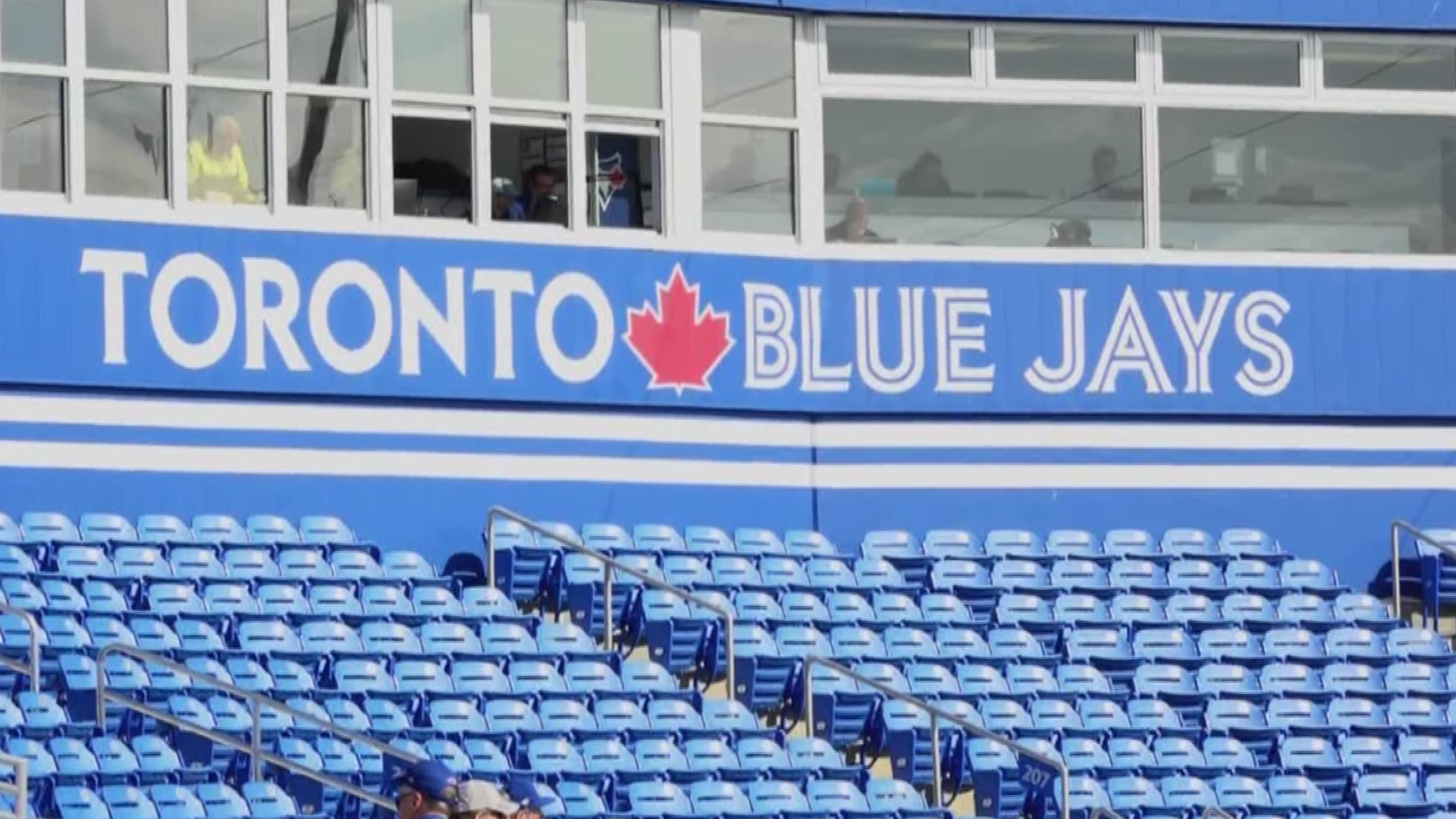 TORONTO, ON — Editor's note: The related video above was published in March.

The Blue Jays have been denied approval by the Canadian government to play in Toronto amid the coronavirus pandemic.

Immigration Minister Marco Mendicino announced in a statement Saturday the federal government had denied the request, confirming what an official familiar with the matter had told The Associated Press earlier. The official spoke on condition of anonymity because they were not authorized to speak ahead of the announcement.

The team had been given clearance by city and provincial governments to play regular-season games at Rogers Centre and was awaiting approval from Canada’s federal government.

“Unlike preseason training, regular season games would require repeated cross-border travel of Blue Jays players and staff, as well as opponent teams into and out of Canada. Of particular concern, the Toronto Blue Jays would be required to play in locations where the risk of virus transmission remains high,” Mendicino said.

“Based on the best-available public health advice, we have concluded the cross-border travel required for MLB regular season play would not adequately protect Canadians’ health and safety. As a result, Canada will not be issuing a National Interest Exemption for the MLB’s regular season at this time.”

The Blue Jays were informed via a phone call. The team's alternate site for home games is its training facility in Dunedin, Florida, one of the states hardest-hit by the virus. Players have said they preferred to play in Toronto.

“We have shared this news with the Blue Jays organization. We remain open to considering future restart plans for the postseason should the risk of virus transmission diminish. We wish the Blue Jays the best of luck as they start the regular season,” Mendicino said.

RELATED: Blue Jays get approval to play in Toronto

MLB needed an exemption to a requirement that anyone entering Canada for nonessential reasons must self-isolate for 14 days. The U.S.-Canada border remains closed to nonessential travel until at least Aug. 21.

COVID-19 cases are surging in the U.S., while Canada has flattened the epidemic curve.

The NHL has received an exemption for its restart to the season, but that was a far simpler case because the games are restricted to two hubs — Edmonton and Toronto.

The Blue Jays are scheduled to start the season July 24 at Tampa Bay. Their home opener was set for five days later against Washington.

The Blue Jays received an exemption for summer camp, during which the players agreed to isolate in the hotel attached to Rogers Centre and create a quarantine environment. Players are not allowed to leave the stadium or hotel and violators face fines of up to $750,000 Canadian ($551,000 U.S.) and up to six months in jail.