The two outbreaks, according to Lutz, occurred earlier in 2020 at the Philadelphia Macaroni Company plant and at Downtown Spokane's Borracho Bar and Restaurant. 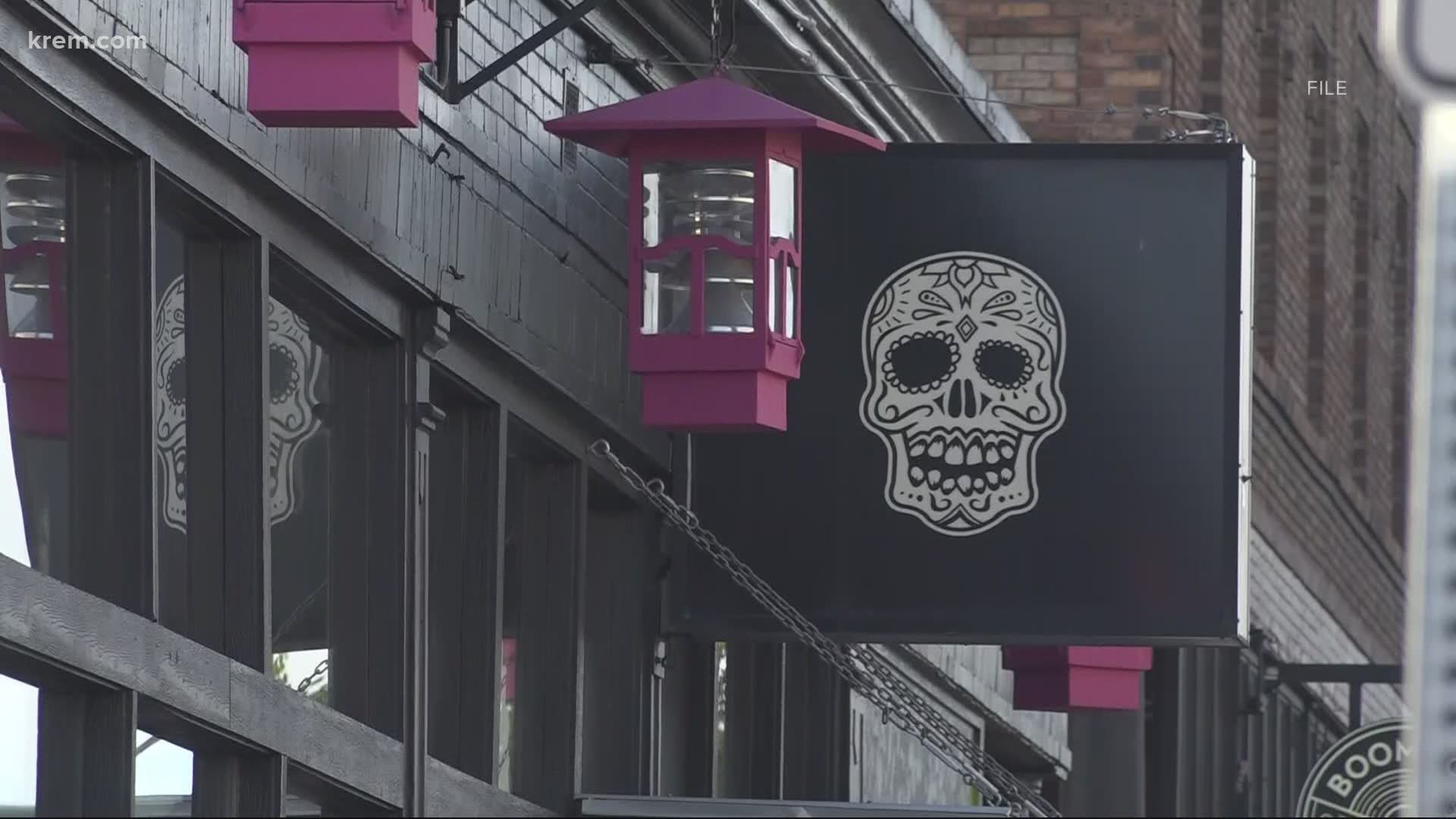 SPOKANE, Wash. — Spokane has already witnessed two instances during the COVID-19 pandemic that could be considered super-spreader events, according to one of the area's top health officials.

Both instances resulted in coronavirus outbreaks and had factors that fit the definition of what makes up a super-spreader event, according to Spokane Regional Health Officer Dr. Bob Lutz.

The two outbreaks, according to Lutz, occurred earlier in 2020 at Spokane's Philadelphia Macaroni Company plant and at Downtown Spokane's Borracho Bar and Restaurant.

The Centers for Disease Control and Prevention has noted that super-spreader events “are associated with both explosive growth early in an outbreak and sustained transmission in later stages.’’

Lutz, when describing the events associated with increased spread of coronavirus, pointed to what he and other health leaders have called the "three V's" that serve as common super-spreader factors.

Notably, Lutz said that indoor spaces with poor ventilation can play major factors in aiding the spread of COVID-19. Talking loudly or singing can aerosolize the virus, health experts said.

"You have sort of the perfect setup for what could be a super-spreader event. All you need is one individual in that setting to then cause a number of infections," Lutz said.

The outbreak at the Philadelphia Macaroni Company facility in May resulted in at least 30 confirmed cases associated with the facility. In that instance, Lutz pointed to many employees being in close proximity with one another.

"You had a lot of people there fairly close to each other," Lutz said. "And so that could, I think, be seen as a super-spreader event."

At Borracho, a popular Mexican-themed bar, over 40 coronavirus cases were linked to the restaurant in June. That outbreak, Lutz said, served as another example of a super-spreader event.

"You had a lot of people in a confined space, a little bit of inhibition after the alcohol flows. Probably yelling, shouting above each other," Lutz said.

Lutz was quick to point out, however, that managers and ownership associated with both the pasta plant and Borracho responded appropriately and made changes. Both businesses began to test employees and notify others who were at risk, Lutz said. The Philadelphia Macaroni Company implemented the use of additional personal protective equipment, he added.

"I think the owner [of Borracho's] took it upon himself to really institute a lot of best practices with his staff, screening them," Lutz said.

In both instances, the Spokane Regional Health District worked with its healthcare partners to help direct people to testing in addition to conducting its own contact tracing, Lutz explained.

"Working with managers, we were able to identify individuals at risk, tested a lot of people," Lutz said of the pasta company outbreak.

Kate Hoyer, a spokeswoman with the Panhandle Health District, said that to her knowledge Idaho's five northern counties haven't experienced any super-spreader events.

"We see clusters and outbreaks happening," she said in a message to KREM.

Hoyer said the health district encourages event organizers to reach out to PHD ahead of time so that the district is able to provide guidance that will assure the event is safe.

"It's much easier to be proactive and take the simple precautions to have a safe event," she said.

While outbreaks have been associated with some long-term care facilities in the Inland Northwest, Lutz said those incidents don't necessarily amount to super-spreader events. The spread of coronavirus at retirement homes and skilled nursing facilities, Lutz explained, occurs more like a "slow burn" rather than a single event.

"I think long-term care facilities are a little bit different than how I would think of super-spreader events," said Lutz. "It's a single event. It's a point in time."

"Governor Little continually reinforces the need for Idahoans to continue safe practices so we can continue our strong economic rebound and so students can learn in school with their teachers and classmates," said Marissa Morrison, Little's press secretary, in an email.

It appears no citations tied to COVID-19 precautions have been issued due to super-spreader events in the Spokane area or Kootenai County. The Spokane Regional Health District said it hadn't received any reports of individuals or groups cited for hosting such events.

While a group of juveniles holding a gathering in the woods in Kootenai County was cited for violating Idaho's stay home order earlier this year, local law enforcement leaders told KREM that no citations have been issued related to super-spreader events.