Sheriff Ben Wolfinger said during the press conference that there are no plans to close the state of Idaho’s borders or to shut I-90 at Stateline. 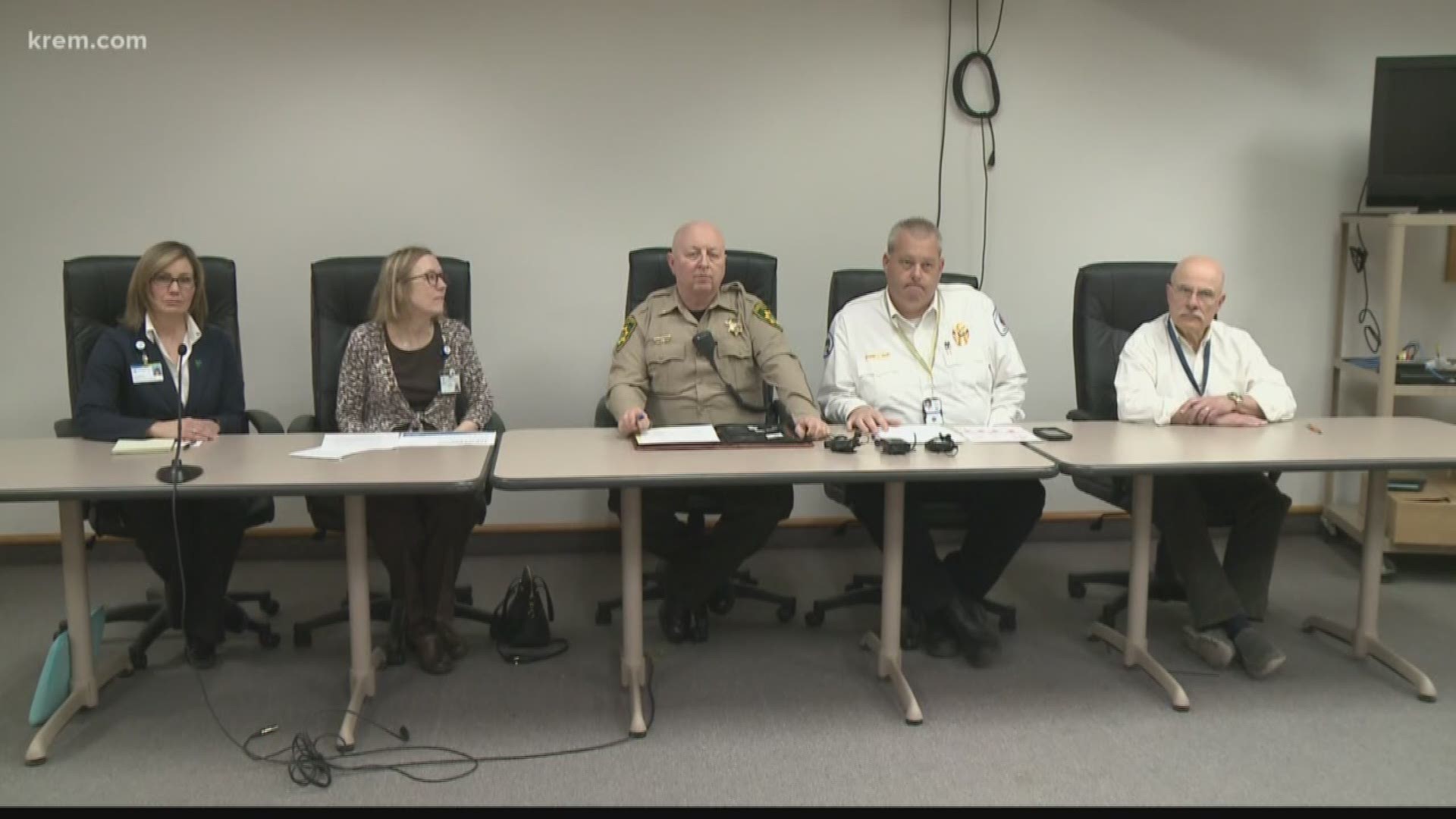 COEUR D'ALENE, Idaho — The Kootenai County Sheriff’s Office hosted a press conference Monday afternoon to discuss the decision to issue an emergency declaration due to the response to the COVID-19 outbreak.

Sheriff Ben Wolfinger along with other county leaders and health experts also addressed false information that has been circulating on social media and steps people can take to protect themselves.

Wolfinger said during the press conference that there are no plans to close the state of Idaho’s borders or to shut I-90 at Stateline. He said his office fielded calls and messages from concerned citizens who were believing “fake news.”

“The real news will come out of this office,” Wolfinger said.

On the sheriff's office Facebook page, the agency referenced a video that was posted by John Grimm, a candidate running for Kootenai County Sheriff. In the video, Grimm made claims of a "level five quarantine of Washington state." He also said he'd heard rumors of interstate travel ending.

In a statement, he said he was referencing the Washington State Health Department Chart and apologized for not being clear. Grimm also said he didn't mean to imply that Washington would be shut down.

Wolfinger said his office received extra calls from people wondering if the rumors were true.

He said the hospital, health district and the sheriff’s office are all working together to have a consistent message.

Kootenai Health said between 50-60 people have been tested at the hospital each day.

Wolfinger encouraged people to visit the Centers for Disease Control and Prevention website for the latest information on how to protect yourself from the virus and how to help stop the spread.

Other health officials stressed that while Kootenai County does not have any confirmed cases, the county is prepared. Panhandle Health said it is awaiting a fair amount of test results that should be coming down/available later Monday night or Tuesday. They want citizens to know they are not in panic mode and they should remain calm during this time.

They stress that if you have symptoms, you should call your primary care provider to determine whether or not you need to be tested for COVID-19.

Latah County also issued a state of emergency Monday to address concerns about the coronavirus outbreak.

RELATED: List of schools, events closed or canceled in Idaho due to the coronavirus

RELATED: Businesses that price-gouge amid coronavirus fears can be prosecuted, Idaho AG says