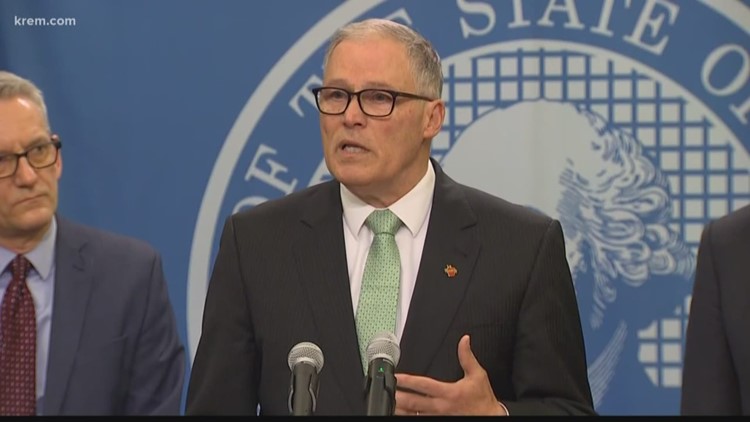 According to a release, one of Inslee's proclamations "waives several requirements for health care workers to remain licensed to practice in the state, including ongoing training and continuing education requirements." Inslee said he is waiving these to give relief to the health care system during the outbreak.

Another proclamation signed by Inslee, according to a press release, waives some requirements for child care workers, including a federal fingerprint background check requirement. Inslee said this was to meet increased demand for childcare during the outbreak.

Some rules regarding requirements for in-person visitations involving children in the custody of the Department of Children, Youth and Families. Some of these waivers include not requiring the department to set up family visits to decrease the chance of the spread of coronavirus, according to the release.

A directive was issued with the proclamation to bolster video visitation services, according to the release, and Inslee said he is encouraging co-parenting and parenting plans during the outbreak.

A separate proclamation also waived deadlines that require local governments to file annual financial reports with the Washington State Auditor's Office, according to the release. The deadline has been extended 30 days.