Idaho State Parks see influx of visitors, including those from Washington

With stay home orders limiting what people can do in Washington and Idaho, people have been seen flocking to North Idaho State Parks. 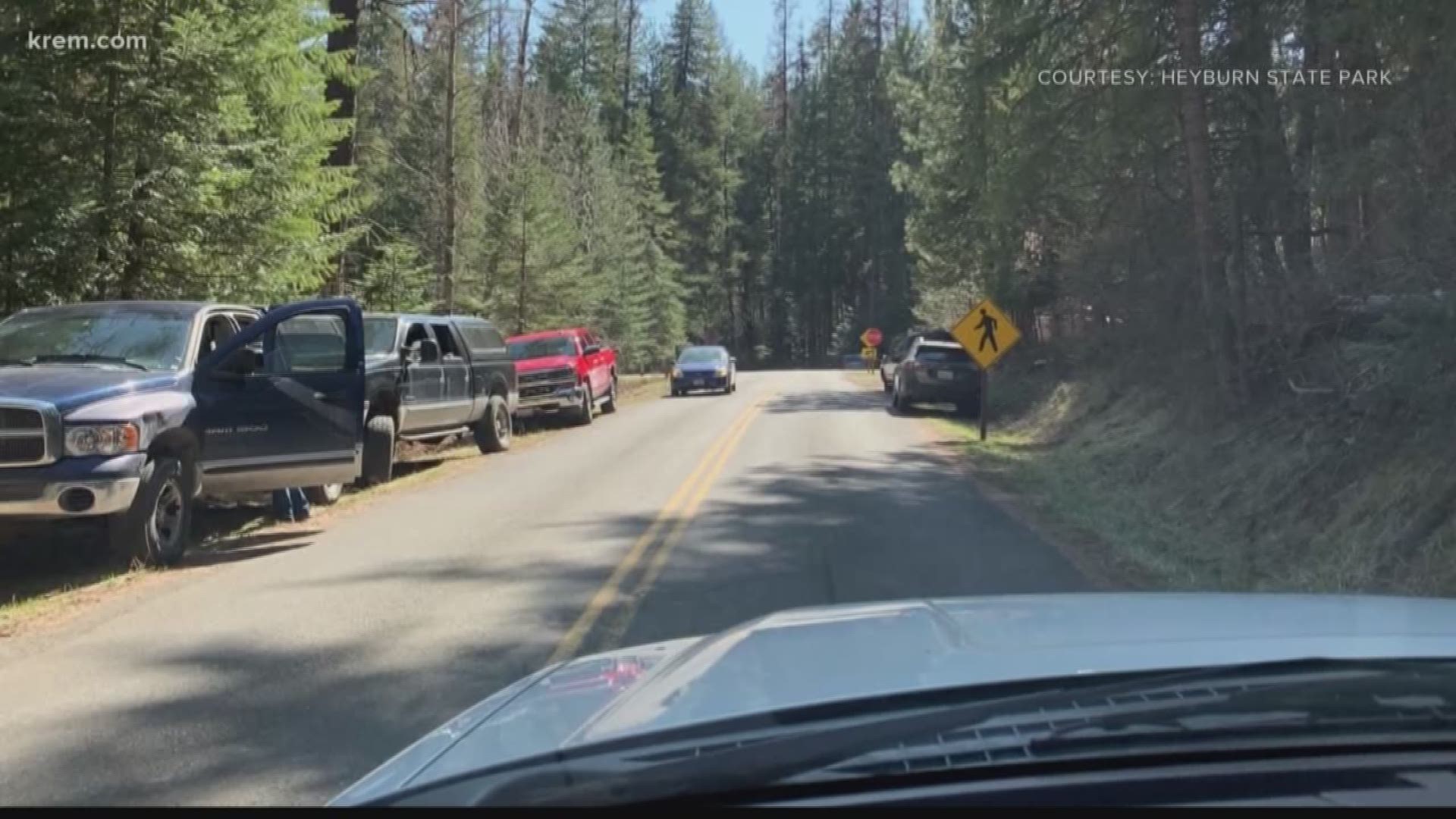 KOOTENAI COUNTY, Idaho — With stay home orders limiting what people can do in Washington and Idaho, people have been seen flocking to Heyburn State Park on the southern end of Lake Coeur d'Alene.

That's because Idaho State Parks are still open, while camping at the parks is closed.

Due to the parks being open when not much else, there's been an increase in the number of people getting outdoors.

While the park is remaining open, staff is encouraging social distancing so people can remain safe while finding a way to get ourdoors. So far, Heyburn saw 800 more cars visit the park this March as compared to a year ago.

"We're pretty much the only thing available right now, so people are definitely taking advantage of that," Hise said.

Heyburn has also said about half its visitors are from Washington, where state parks are closed.

But Heyburn isn't the only park seeing an increase in traffic as most of the state closes amid the coronavirus pandemic.

In Kootenai County, Farragut State Park has seen a 40 percent increase in visitors as compared to he same time last year.

"We've seen an increase in visitation as other outdoor recreation areas are note available at this time," said Randall Butt, Manager of Farragut State Park.

With an influx of people visiting Farragut, staff has starting opening up more day-use areas and have placed picnic tables that encourage social distancing.

This increase in traffic isn't limited to Kootenai County, either. Round Lake State Park in Bonner County is also busier than usual.

Staff there note that, in addition to the closure of other attractions, the recent nice weather has played a role.

But the increase in people hasn't helped social distancing efforts at Round Lake.

"Some of the people hiking are hiking in larger groups than we'd like to see," Mary McGraw, Round Lake State Park Manager, said.

According to McGraw, a good portion of these new visitors come from Washington.

"Last weekend, we were experiencing probably about 50 to 60 percent of our visitors from Washington," McGraw said.

While state officials and park staffs want people to practice social distancing, they also think its good for people's mental health to get outdoors.