Many families of inmates at Geiger and Airway Heights Correction Centers claim this is the result of poor implementation of health guidelines. 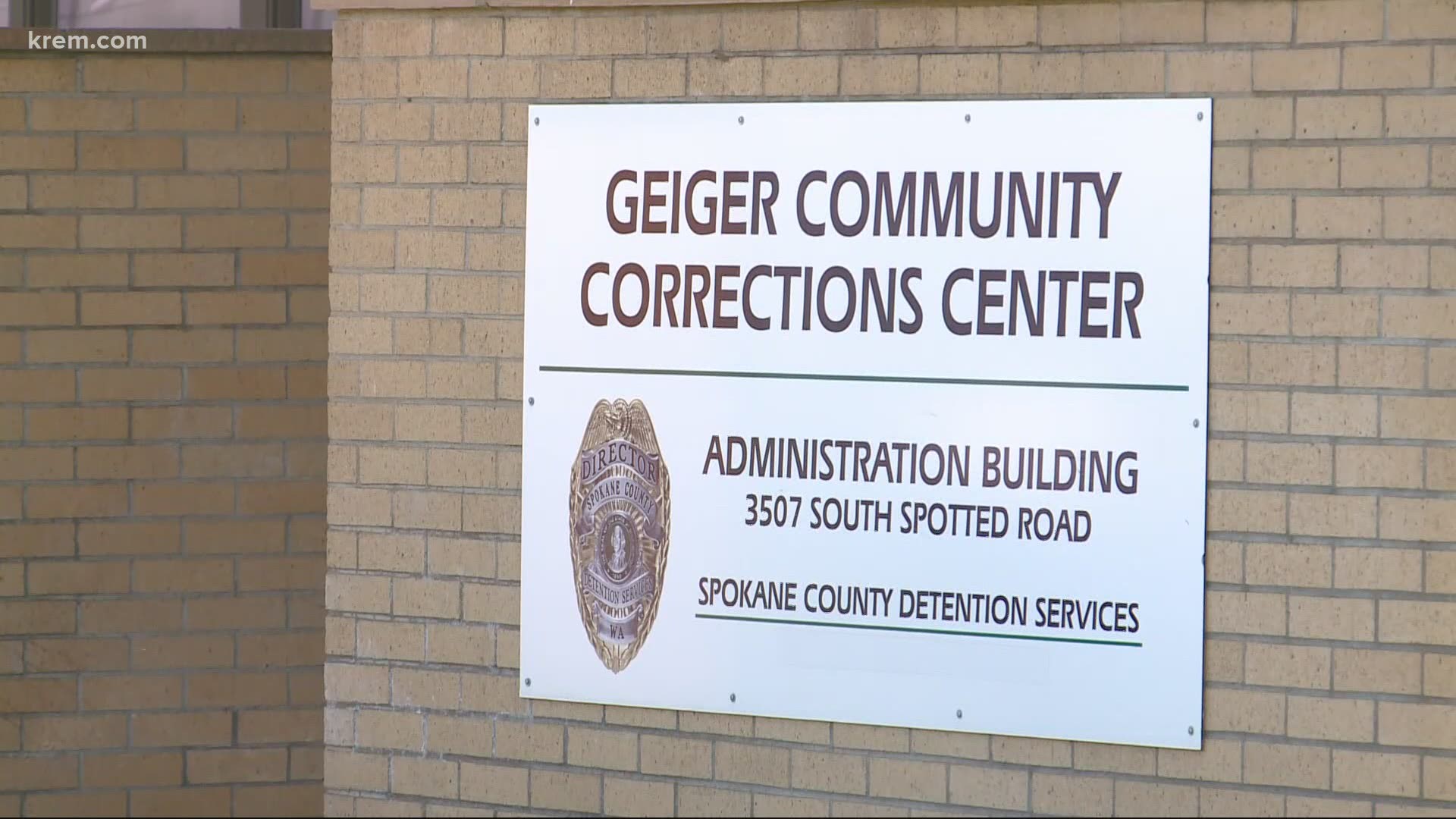 The Department of Corrections dashboard is also reporting dozens of inmates have contracted the virus at Airway Heights Correction Center.

Many families of inmates at these facilities claim this is the result of poor implementation of health guidelines.

Toby Munsen's girlfriend is an inmate at Geiger. She works in the laundry program.

"My concerns are is that they have pretty much put Russian Roulette on their lives," Munsen said.

He's worried for her health at the facility, especially since she works with contaminated clothing and bedding.

"Two inmates didn't even get masks, while doing the laundry, and all of it gets brought to them," Munsen said. "And the people that bring it to them are fully suited up. But all they get is a mask."

Spokane County operates the Geiger facility. Spokesperson Jared Webley told KREM 2 all inmates working laundry are provided a mask and a pair of gloves, as directed by the health department. All staff are required to wear them.

Some families believe not all inmates are provided a mask. Webley explained since the start of the pandemic, inmates were only given masks during their 14 days of quarantine when they first arrive at the Geiger facility.

Then, they would receive a mask during transport, while on certain jobs or moving to a different area.

"When they're when they're just in custody in their own housing module, they have not been provided mask on a daily basis up to this point," Webley said. "And that was just a combination of safety concerns, and the Health District said that it wasn't necessary as long as those other protocols were met."

Starting Monday, in response to the outbreak, Webley said all Geiger inmates will be provided one mask per day, regardless of being in quarantine.

"I miss my husband, so not being able to see him has been very, very difficult," Walker said. "Knowing that he could possibly get COVID inside the prison and knowing that he wasn't sentenced to death is very scary for a lot of us."

On Thursday, the Department of Corrections reported 62 inmates tested positive.

KREM 2 has made several attempts this week to clarify those numbers with the DOC and we still have not heard back.

Mattlani is concerned about how the DOC is handling the outbreak at Airway Heights.

She said inmates are constantly being moved to different areas and ventilation is poor.

She believes inmates are contracting the coronavirus from staff bringing it to the facility.

"It's 100% hands down is the employees of DOC," Walker said. "If the incarcerated population cannot leave the facility, they are in prison. So the only way that they can actually contract COVID-19 is from someone who comes in from the outside."

We've repeatedly for several days asked the DOC to address concerns from these and have not received a response.