The individual remains in isolation at their off-base residence and received care from the 92 MDG. 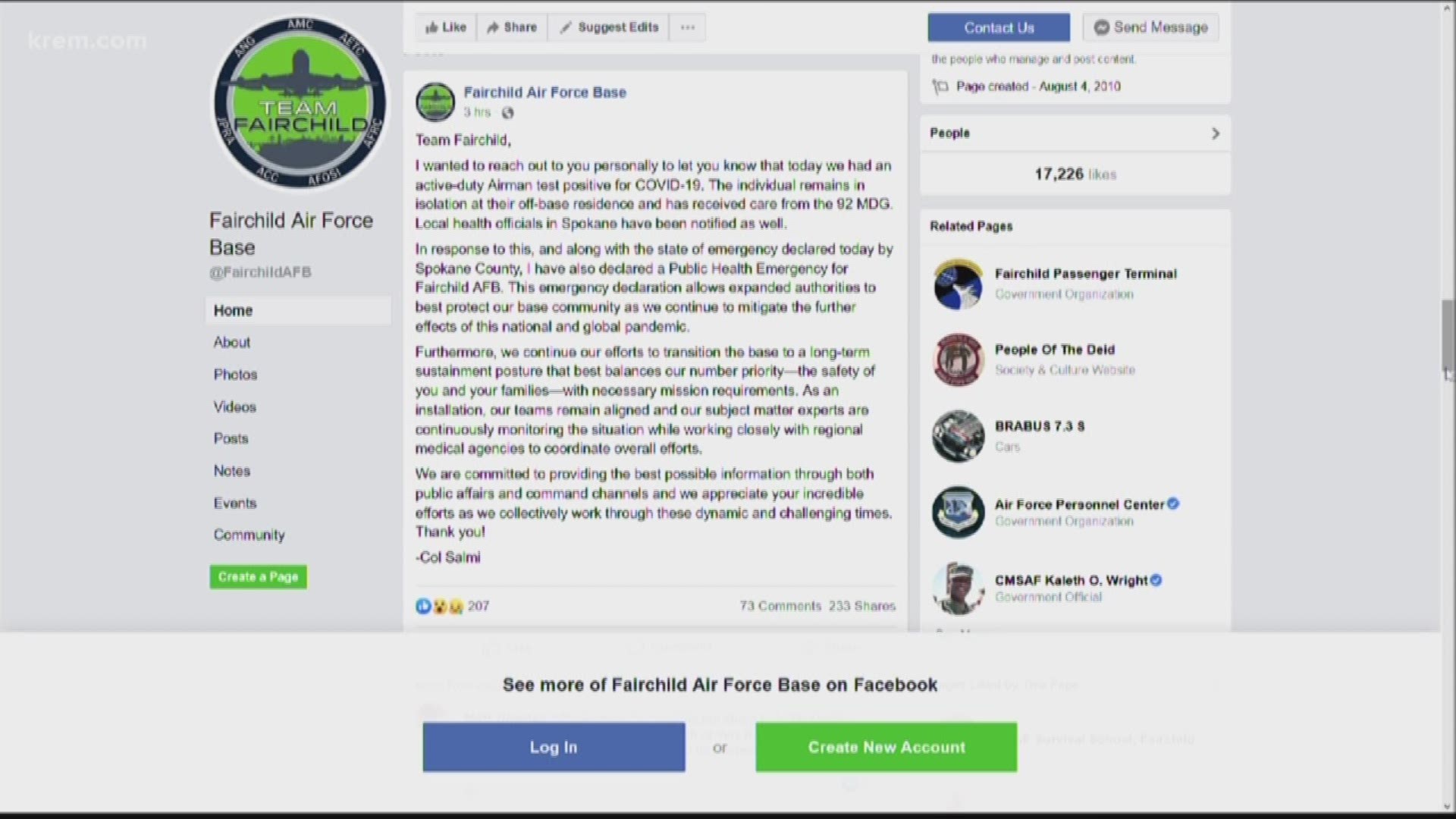 The base posted the information on its Facebook page.

According to the post, the individual remains in isolation at their off-base residence and received care from the 92 MDG. Local health officials in Spokane have been notified.

The base has declared a Public Health Emergency which allows expanded authorities to protect the base community.

It is unclear if the airman is included in the three cases reported in Spokane County.

As of Thursday, there have been 1,376 confirmed cases of coronavirus in Washington state, including nine in Spokane County, and 74 deaths. So far, 19,336 people have tested negative in the state.

Governor Jay Inslee ordered all public and private K-12 schools in the state to close until April 27 starting on Tuesday. He also has ordered restaurants and bars to close until the end of March, although restaurants can still provide deliver and take-out options.

Recreational and entertainment venues such as gyms, theaters and other clubs have also been ordered to close.