Once someone starts the program, they lock in the tuition rate at the time and even if tuition goes up in the future, the state covers the difference 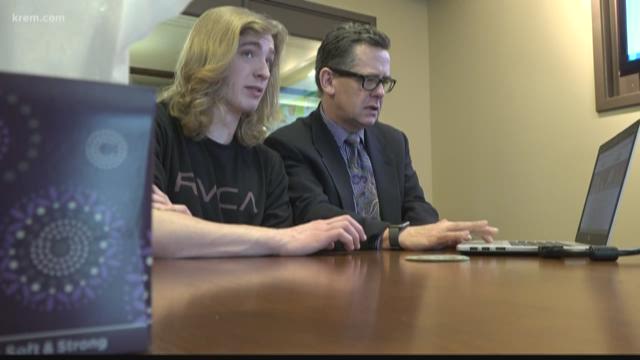 SPOKANE, Wash.—A tuition program that has helped many students made a comeback.

The Guaranteed Education Tuition program is back after being suspended for two years.

The GET Program is a prepaid tuition plan that allows families to put money into a GET account to be saved as tuition for their children should they want a higher education after high school.

Families purchase what the program refers to as "units." The program has 100 units equaling a year of college tuition at Washington's highest priced public institution.

Families can make monthly plans or pay as they go.

The program went away when the state legislature reduced the price of tuition and because of this, the program needed time to reset so it could open again at an appropriate price.

When the program was suspended, the money that families had already put aside did not disappear and parents could still send their kids to school with the money they had saved.

The @GET529Plan was suspended for 2 years, reopened in November. We will tell you why, what happened to the money families had already put into the program. We are also speaking with a #Spokane family using the program to pay for their son's tuition. Watch @KREM2 this morning. pic.twitter.com/jTFffAkPmF

The families couldn't open any new accounts or add any money, depending on their payment plan.

GET program user, Rich Dickman, said he started with the GET program to save money for his son Matthew when he was just 2-years-old.

For 16 years, Matthew's parents put $100 a month into the program, to save up enough for 300 units or three years of college tuition.

Once someone starts the program, they lock in the tuition rate at the time, and even if tuition goes up in the future, the state covers the difference.

"There won't be the stress of trying to help come up with the money or put the burden back on them," said Rich Dickman. "We didn't want them to walk away from college owing tens of thousands of dollars."

"It was almost like, so much peace of mind that I wanted to go so badly. I have friends who did Running Start with me, moved on to WSU, and now are stressed out with student loans," said Matthew Dickman. "I have a buddy who is trying to pay for school while living on his own and probably gets three to four hours of sleep a night."

According to the GET program, a child with a college savings is six to seven times more likely to go to college.

You can read more about the GET program on their website.