The names of three new middle schools were chosen during a school board meeting on Wednesday night. On Track Academy is also adding its principal's name. 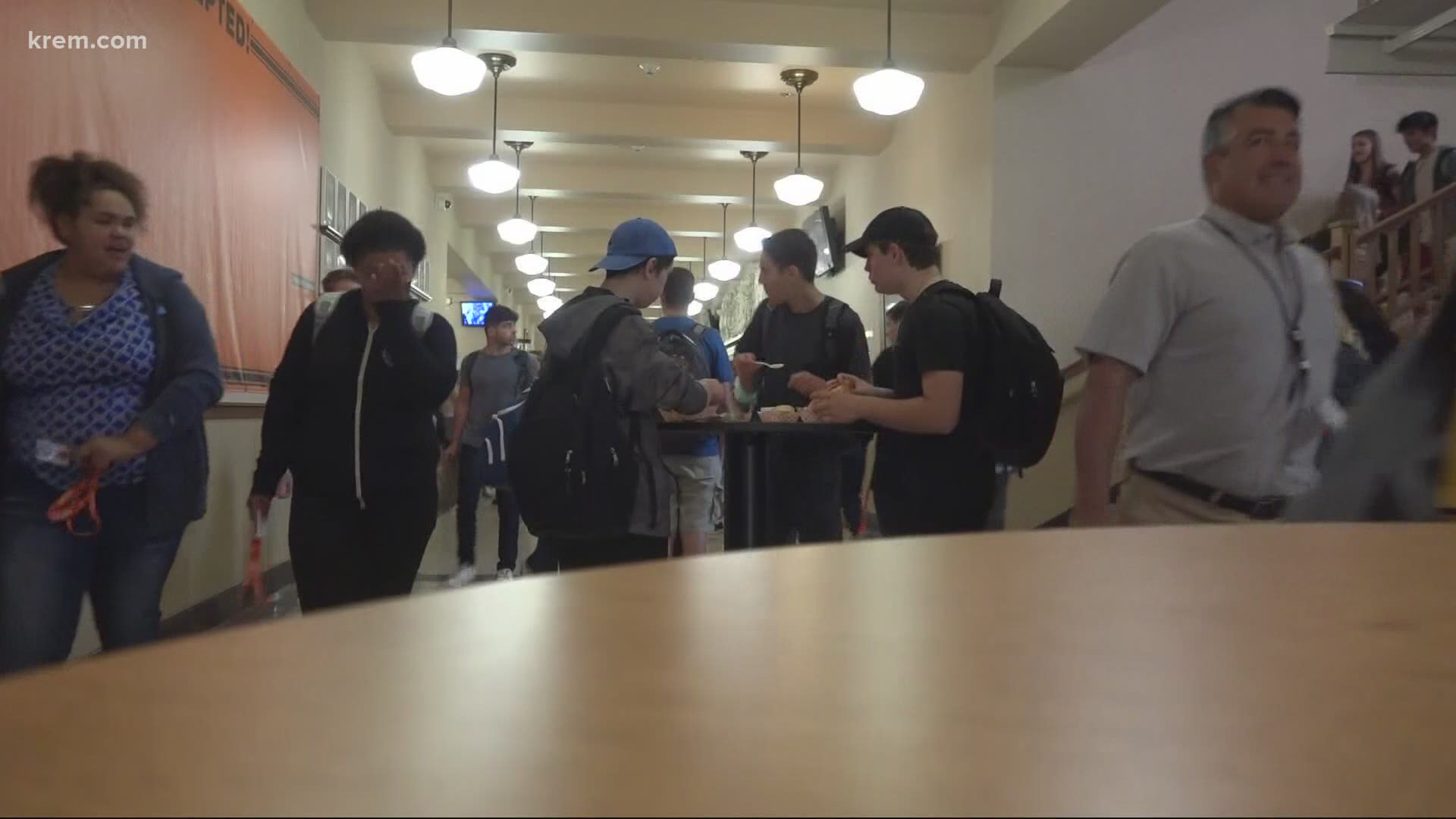 SPOKANE, Wash. — Spokane Public Schools decided on the names of three new middle schools, as well as the name for On Track Academy, during a board meeting on Wednesday.

The school board received hundreds of submissions since February. They narrowed the options down to three possible names for each school. Here are the names that the board chose:

This is the meaning behind each name chosen for the new middle schools.

Northeast Middle School is one of three new middle schools being built after the passing of the 2018 bond. It is being built by MMEC Architecture. The opening of the Northeast school is scheduled for August of 2022.

Denny Yasuhara was a civil rights activist who served as the president of the Spokane Coalition for Human Rights and was active within the Japanese community. Mr. Yasuhara taught at both Logan Elementary and Garry Middle School, according to SPS. Several articles published about Mr. Yasuhara describe him as an advocate for his students, supplying them with anything needed from shoes, clothes and school supplies for his students in need.

An article from Spokane Historical credits this quote to him: "The greatest gift that one human being can give to another is not their wealth or position, but their honor and dignity for that is the essence of freedom."

The new Northwest Middle School at Albi is another one of the three new middle schools being built by SPS. It is being built by NAC Architecture. The opening of the Northwest school is also scheduled for August of 2022.

Spokane Tribe elder Pauline Flett was intent on Salish dialect, the once endangered language of the Spokane people, being written down, taught and preserved for future generations. That's why she co-wrote the first Spokane-English dictionary and taught Salish to students at Eastern Washington University. Her notes are now held in collections at EWU and the Smithsonian Institution.

Another contribution Flett made to the pillar of the tribe's language education programs includes an immersion school for children in Wellpinit, Washington.

She died of natural causes in April of 2020 and has since been remembered as one of the most influential members of the Spokane tribe.

The new Southside Middle School at Mullan is one of three new middle schools being built by Spokane Public Schools as part of their $495.3 million district-wide plan. Their opening date is expected to be August of 2023. The architectural firm is not currently listed on SPS's website.

A Dutch Resistance operative and Holocaust freedom fighter throughout World War II, Carla Peperzak moved to Spokane in 2004. She has shared her story with students across the region in hopes that education will prevent anything like the Holocaust from ever occurring again. Peperzak was honored in a 2015 state Senate resolution and was named Washington State's Person of the year in 2020.

The On Track Academy Expansion Project is included in SPS's $495.3 million district-wide plan tied into the bond that passed in 2018. The $23 million project includes a 50,000-square-foot school with 13 classrooms. Integrus Architecture of Spokane and Lydig Construction of Spokane are both working on the project.

The current name of On Track Academy was intended to reflect helping students get "on track" for graduation. Keeping the current name was one of the three options for the school, despite their new building.

It is now Lisa Mattson On Track Academy.