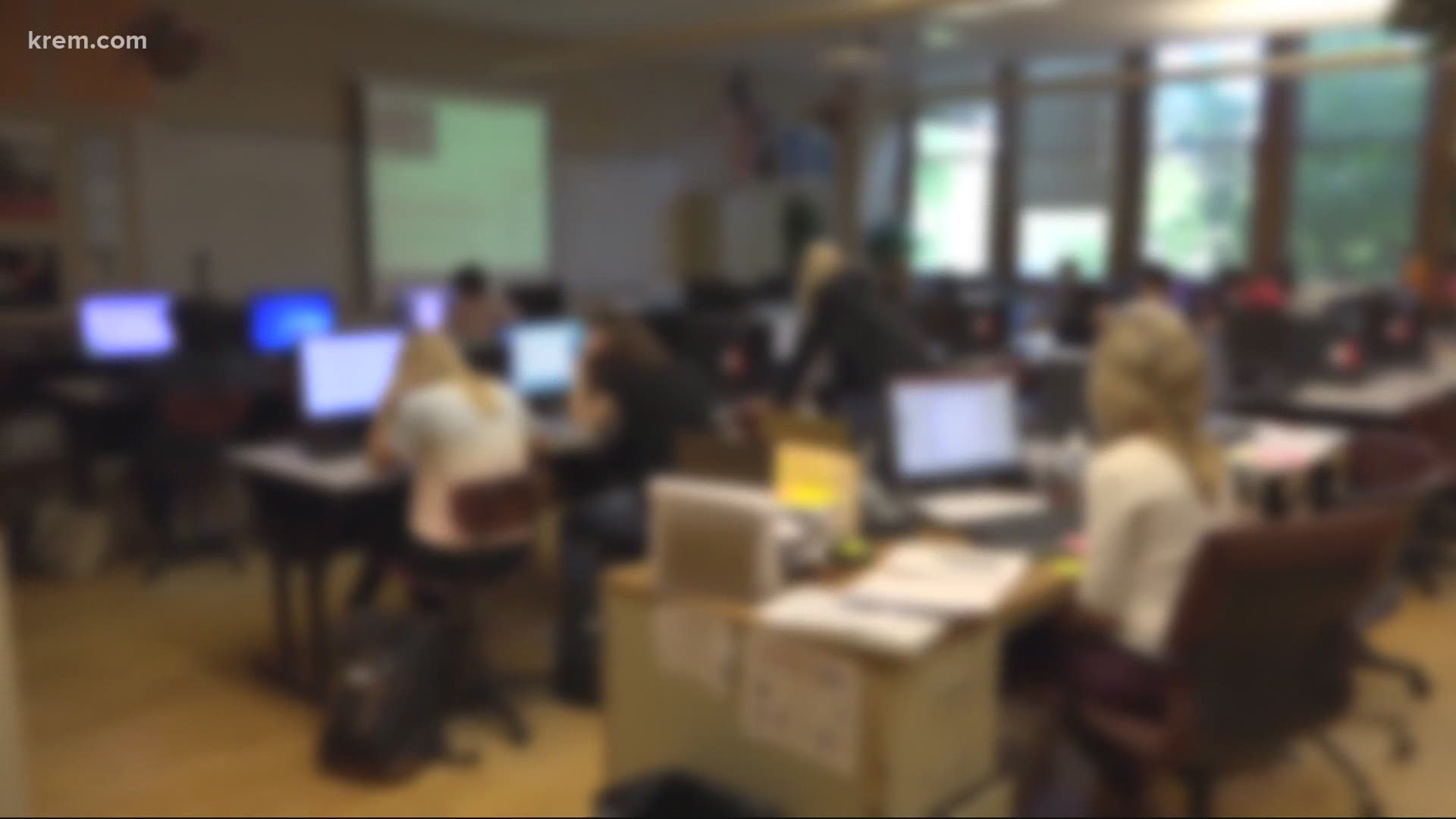 COEUR D'ALENE, Idaho — Before school starts back up in the fall, most parents are just trying to figure out how they’ll make it work.

On Monday, the Coeur d’Alene School District announced their plan for classes this year. A combination of virtual and traditional learning will take place and that has some parents wondering if they’ll be able to balance them both.

“One way or the other, it’s a huge impact on our families,” said Scott Nevdahl.

He and his fiancée have a 6-year-old son going into the first grade and the recent announcement from CDA Schools is something they are not really sold on.

Students will be taking virtual classes three days out of the week while being in-person for the other two days.

“Even if we do find childcare that will take them, are they going to be following social distancing too at the daycare,” asked Nevdahl. “Do the daycare workers have to get the kids all in class?”

There’s been a list of questions that have weighed heavily on his mind but the most urgent one is how they’ll handle this situation financially.

Both parents work full-time jobs and their son isn’t old enough to stay by himself. They’re in a position of hoping their jobs allow them to make the proper adjustments.

“There’s just a lot of stuff that’s not laid out yet. I don’t know if it’s because they don’t know they’re making it up as they go which is probably a little bit of both,” Nevdahl said.

When school begins Sept. 14, students whose last names begin with A-K will have their in-person classes on Monday and Tuesday. L-Z will attend on Thursday and Friday.

Nevdahl said he’s interested in seeing how the schools will handle any potential COVID cases that pop up.

He’s worried that young children don’t understand how to keep their distance from one another.

“I would think there would be lots of people that don’t have a support system. Someone that can watch their kid, especially with COVID,” Nevdahl said.