Fifteen percent of kids in Washington state don't have access to a computer or iPad, making remote learning inaccessible. "All in WA" is working to fix that. 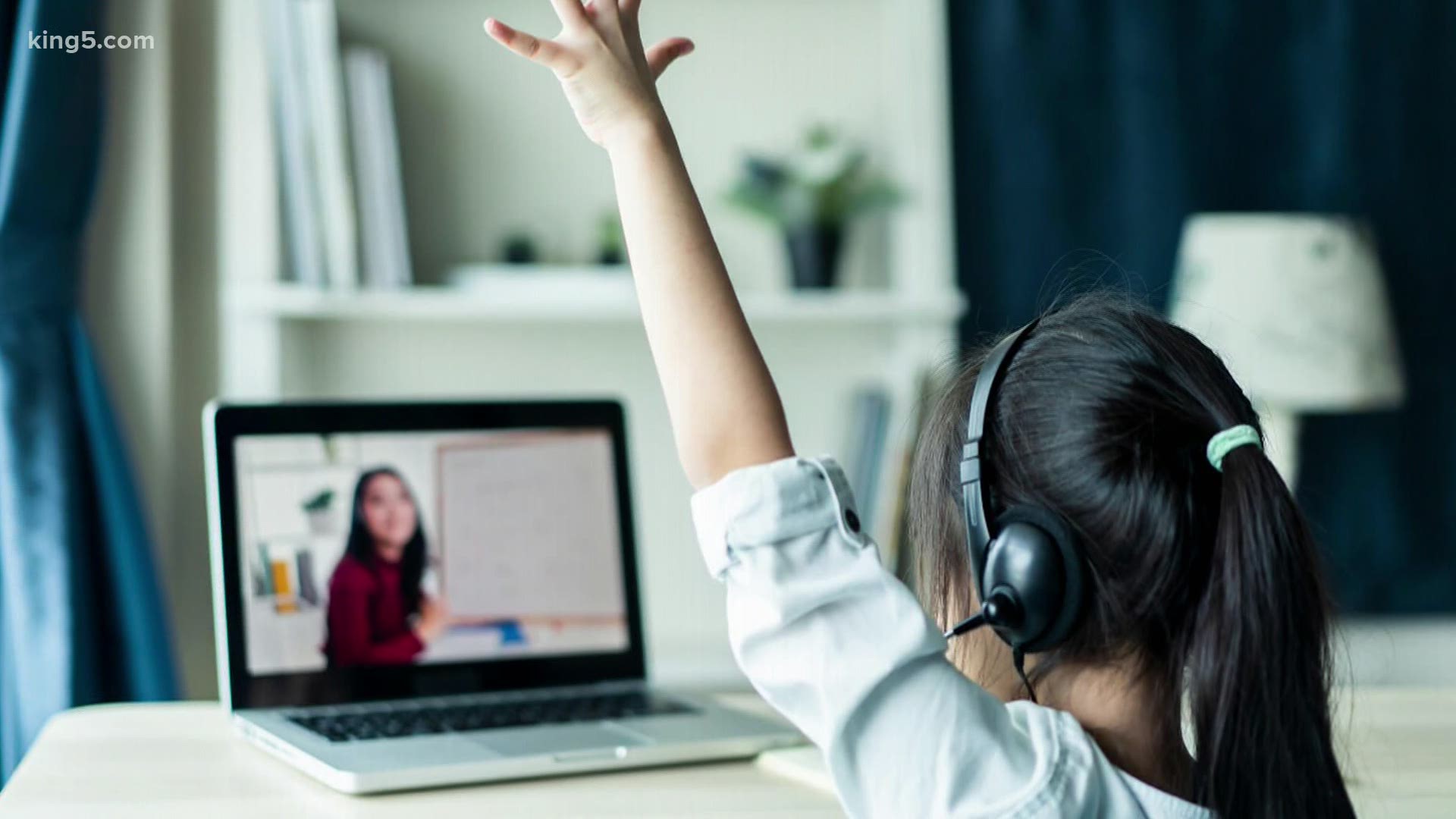 SEATTLE — As thousands of kids head back to school in Washington state, access to technology for remote learning is a remote possibility for many kids. But to create digital equity in the state, "All in WA" is stepping up to help.

The statewide relief effort has already raised $65 million to keep families from falling through the cracks during the coronavirus crisis. Now, the people behind the effort want to raise $10 million more for students.

They already have some heavy hitters on board including professional sports teams like the Seattle Seahawks and the Kraken and tech companies like Microsoft and Google. Even public utilities like Puget Sound Energy and government organizations are all working together for this goal.

The new initiative seeks to close the digital dive during a critical time with the school year starting at home, meaning in order to go to class, students need the right tools. However, 15% of kids in Washington state don't have access to a computer or iPad and 22% of kids don't have access to broadband internet, according to a statement from All in WA.

In recent weeks, KING 5 has even reported on stories of parents taking their kids to libraries and coffee shop parking lots for free internet so kids could do their schoolwork in the car. Some Seattle tech companies said that's not acceptable and decided to step up for the new initiative.

Microsoft has already given $1.25 million to kickstart the fund and Amazon CEO and founder Jeff Bezos has pledged to match individual donations up to $1 million per unique donor.

For nonprofit organizations like InvestEd, who have supported students for 60 years, this initiative in an investment in our future. Joyce Walters, executive director of InvestED, said this is a problem that we must solve together.

"You either care about these kids because they're Washington state kids, and we care about them and we want them to have the very best or you can look at it from a different lens and say, these are kids that are going to be going through the education system, they're preparing for the workforce and for life. They need that technology access," said Walters. "And so, part of the initiative that is being launched will provide not only devices and access to internet, but also that technological support that students need to be able to use technology effectively to learn remotely."

To give you an idea of other ways donating for technology helps kids, InvestED recently granted digital books to a child with bone cancer because they didn't have the strength to hold a physical book.

If you'd like to help in this initiative just visit allinwa.org.