The man told Spokane police officers on Monday that he had tested positive for coronavirus and was supposed to be in quarantine until the end of this week. 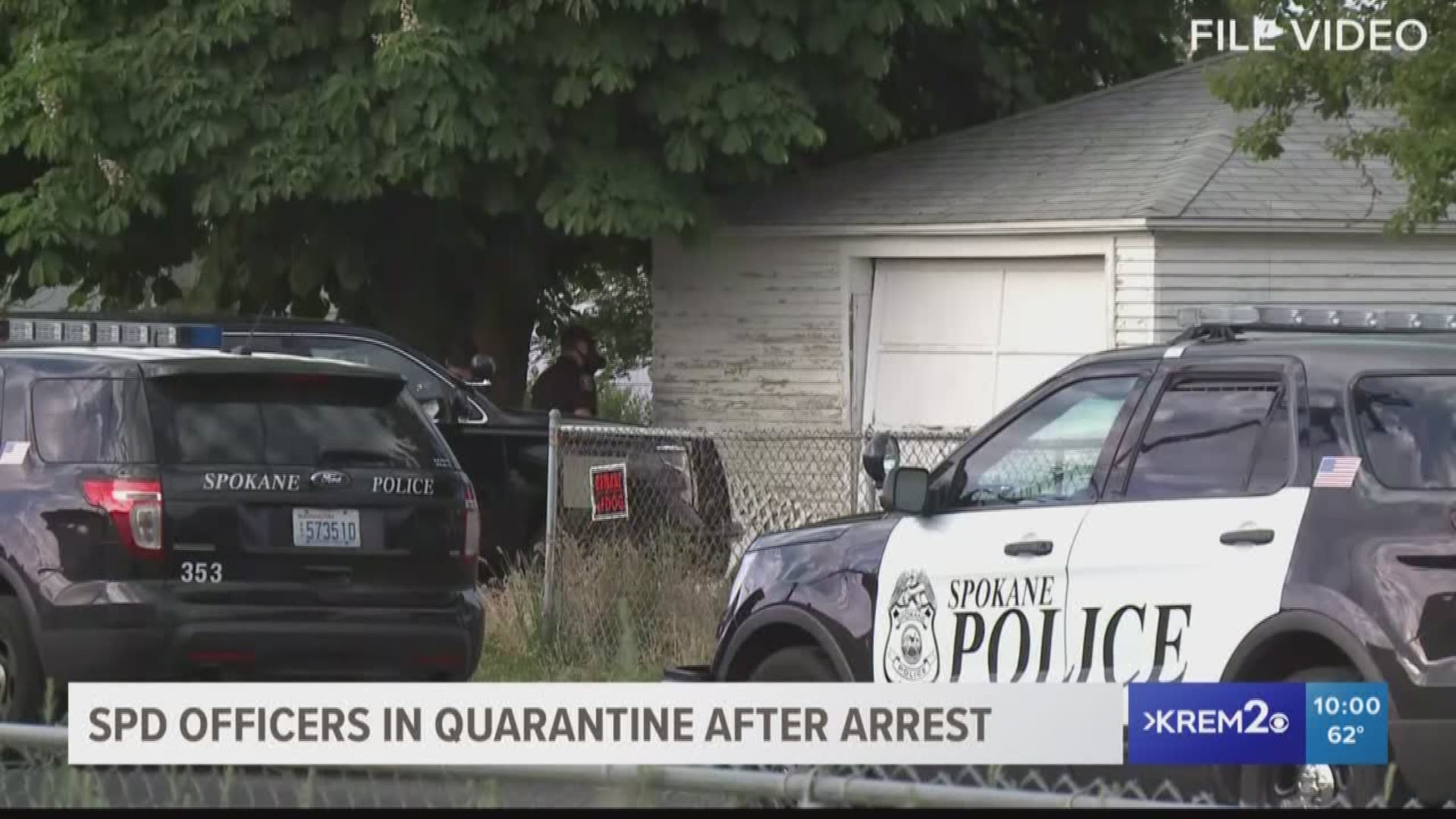 SPOKANE, Wash. — A man with coronavirus has turned himself into the Spokane Regional Health District and agreed to self-quarantine until Friday evening, police said.

Six Spokane police officers are in quarantine after arresting the man identified as Mordecai Cochrane on two DUIs in five days.

Mordecai Cochrane turned himself in to the health district on Thursday afternoon. Police had been trying to find him after Spokane County Health Officer Dr. Bob Lutz issued an “Emergency Involuntary Detention Order for Purposes of Isolation” yesterday, but they were unsuccessful.

Police say that Cochrane agreed to self-quarantine until 5 p.m. on Friday, May 29. He was released by the health district to quarantine at home.

During a briefing on Wednesday, Lutz said he would have tried to intervene sooner if he had heard about Cohrane's refusal to self-isolate.

Officers first responded to a suspicious vehicle call in the area of Longfellow Avenue and Ash Street at 3:30 a.m. on Wednesday, May 20. The caller said the car had been parked and running since 11 p.m.

When officers woke Cochrane, he had no idea where he was and said he had drank a fifth of whiskey. He was placed under arrest for DUI/Vehicle Physical Control and booked into the Spokane County Jail.

Corrections staff later contacted the police department after they discovered that the man had tested positive for coronavirus prior to his arrest, police said.

On Monday, May 25, police again saw a Toyota Avalon occupied by six people driving downtown with no taillights. An investigation determined that Cochrane's blood alcohol content was over twice the legal limit and he was arrested for DUI, police said.

After his arrest, Cochran told officers that he had tested positive for coronavirus and was supposed to be in quarantine until the end of this week.

Those who test positive for coronavirus, and people who are considered close contacts, are asked to self-quarantine for 14 days.

All six officers who came into contact with Cochrane are under self-quarantine. None of the officers appear symptomatic at this time, but the department is acting out of an abundance of caution.