Major Crimes Detectives will complete a full investigation to determine if the shooting was accidental. 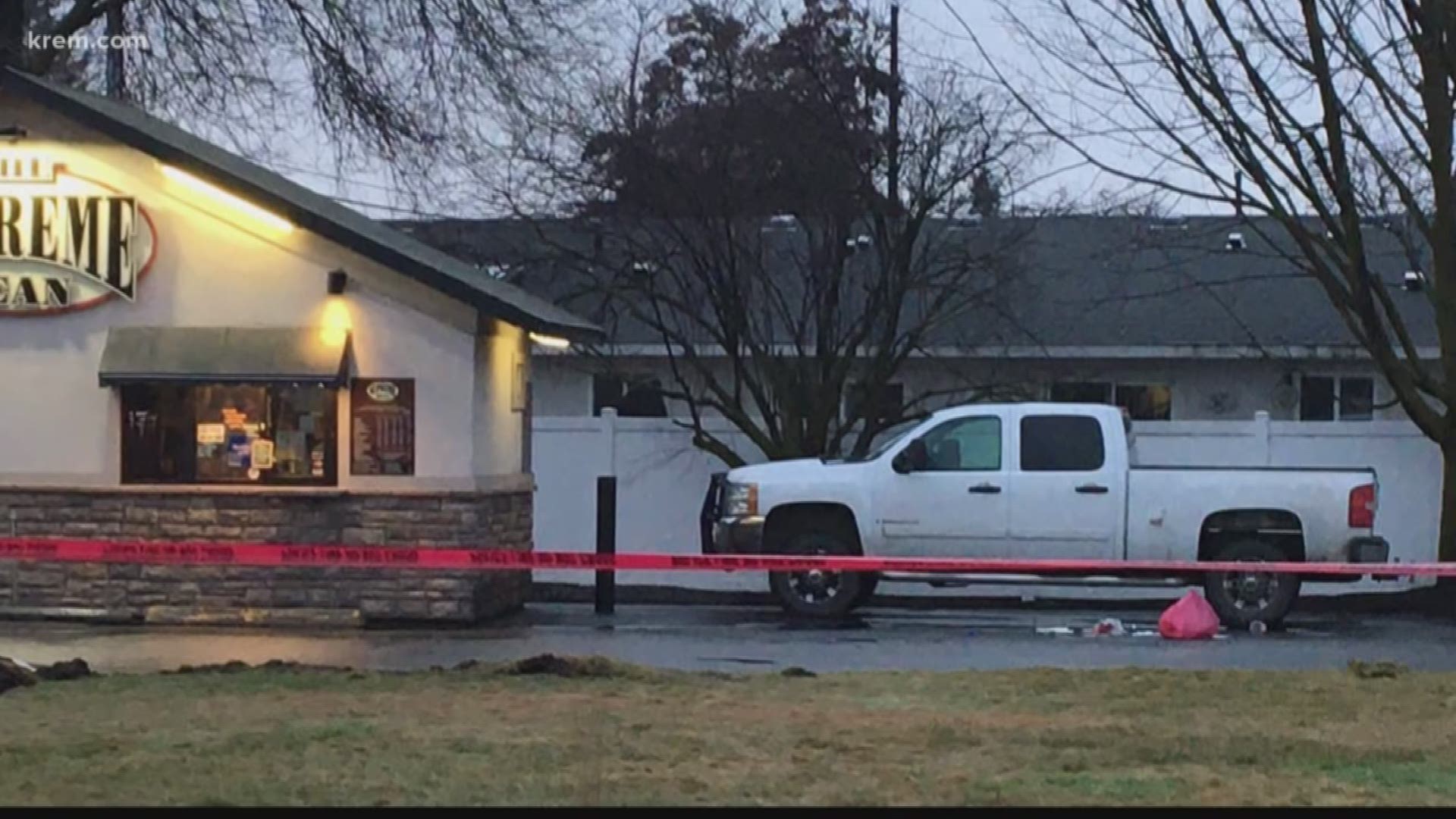 SPOKANE, Wash. — A man is dead after it was reported that he accidentally shot himself while in line at a Logan neighborhood coffee stand Tuesday afternoon.

Spokane Police Spokesperson John O’Brien said it was reported that around 3:30 p.m. a man was in his car in line at the Supreme Bean on North Hamilton Street and East Illinois Avenue when he accidentally shot himself.

The man was transported to a local hospital where he later died, O’Brien said.

Major Crimes Detectives were on scene Tuesday investigating. O’Brien said they will complete a full investigation to determine if in fact the shooting was accidental.

No roads were closed in the area during the investigation.

No other injuries were reported.

RELATED: How does I-940 affect police shooting investigations in Spokane?