Man armed with knife shot and killed by Cheney officers

Law enforcement is investigating an officer-involved shooting in Cheney. Officials said the male suspect was armed with a knife and refused to follow commands before officers fired. 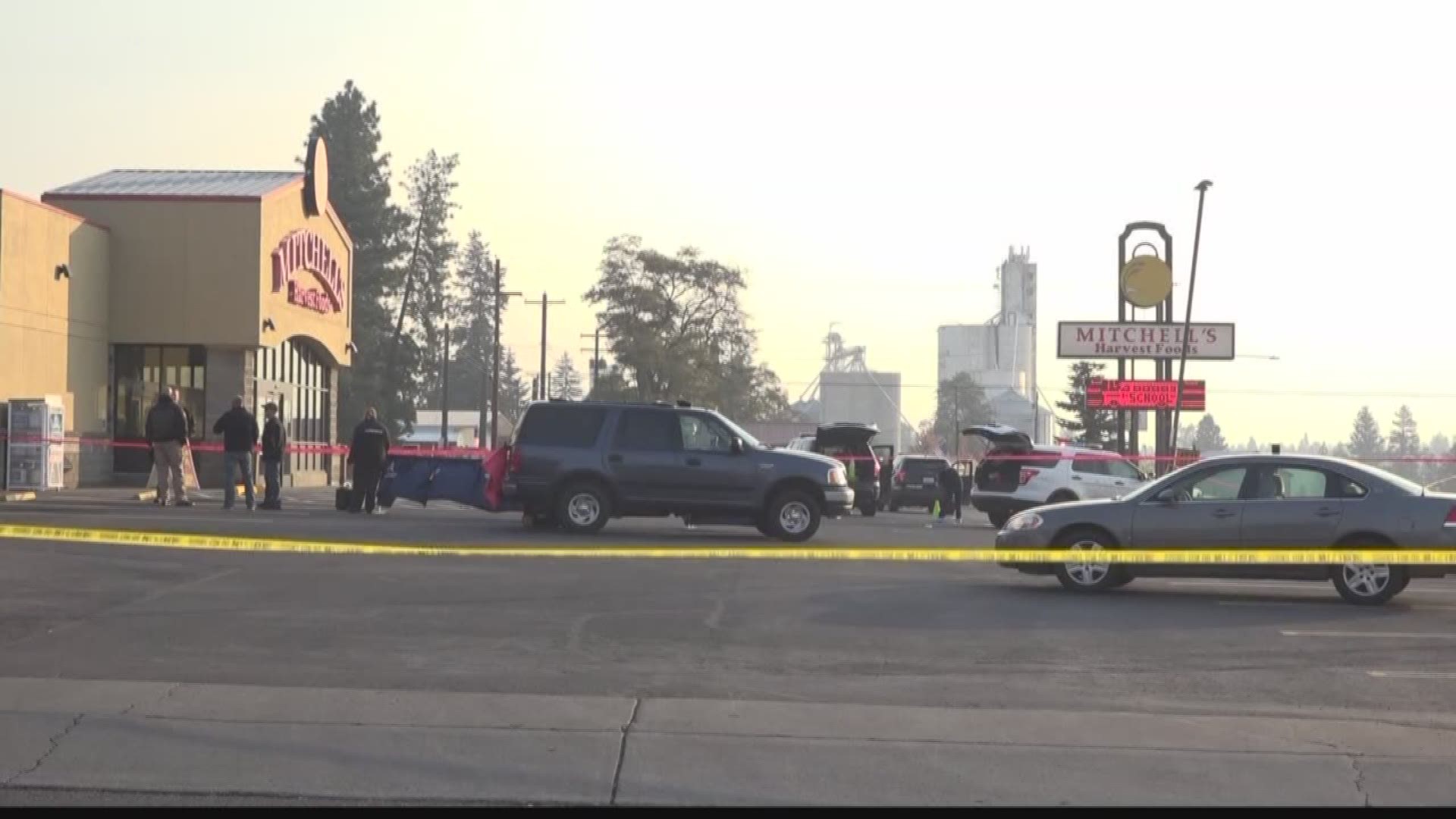 CHENEY, Wash. — A man was shot and killed by Cheney Police late Monday night outside of a grocery store.

Cheney Police Department fired the shots and Eastern Washington University Police were on the scene, officials said. Authorities said the suspect was armed with a knife and refused to follow commands before officers fired. Despite life-saving measures, the suspect was pronounced dead at the scene.

An employee at the grocery store, who was working Monday night, said she noticed some commotion in the parking lot and several police officers. She said she is glad officers were there when they were because she was afraid the situation could have gone much worse.

"I was flipping lights off because we were a bit behind last night. Then, all of a sudden I heard bang, bang, bang," said Rebecca Pettingill, an employee at Mitchell's Harvest Foods.

Pettingill said the noise came from the produce section. At first, she thought it was someone banging on the front doors.

"I headed toward the door and immediately saw two cops holding guns shuffling to the side. I was like, 'Oh man--that's police, those are guns, that's gunshots,'" she explained.

After realizing what was going on, she and the other employees locked themselves in the back office. She said, thankfully, no customers were inside at the time.

"We locked the door and turned the camera on facing the doors so we could see who came in next because we weren't sure if maybe it was going to be police or whoever the assailant was. We didn't know if he had a gun, if he was armed or anything. We just knew something was going on and they shot at someone," she explained.

#BREAKING: We are seeing evidence this morning of the aftermath of the officer-involved shooting in Cheney. Mitchell's Harvest Foods employee Rebecca Pettingill shared these photos from inside the store. We'll have the latest on @KREM2 Morning News. pic.twitter.com/G2zToPAiQm

Officers are continuing to investigate and the medical examiner's office will release the suspect's name at a later date, officials said.

As per standard protocol, the three officers involved are on paid administrative leave following the outcome of the investigation.

The roadway reopened at 10 a.m. on Tuesday.