Detectives say Christopher Garcia smuggled reptiles out of local stores in his pockets for months before he was caught. 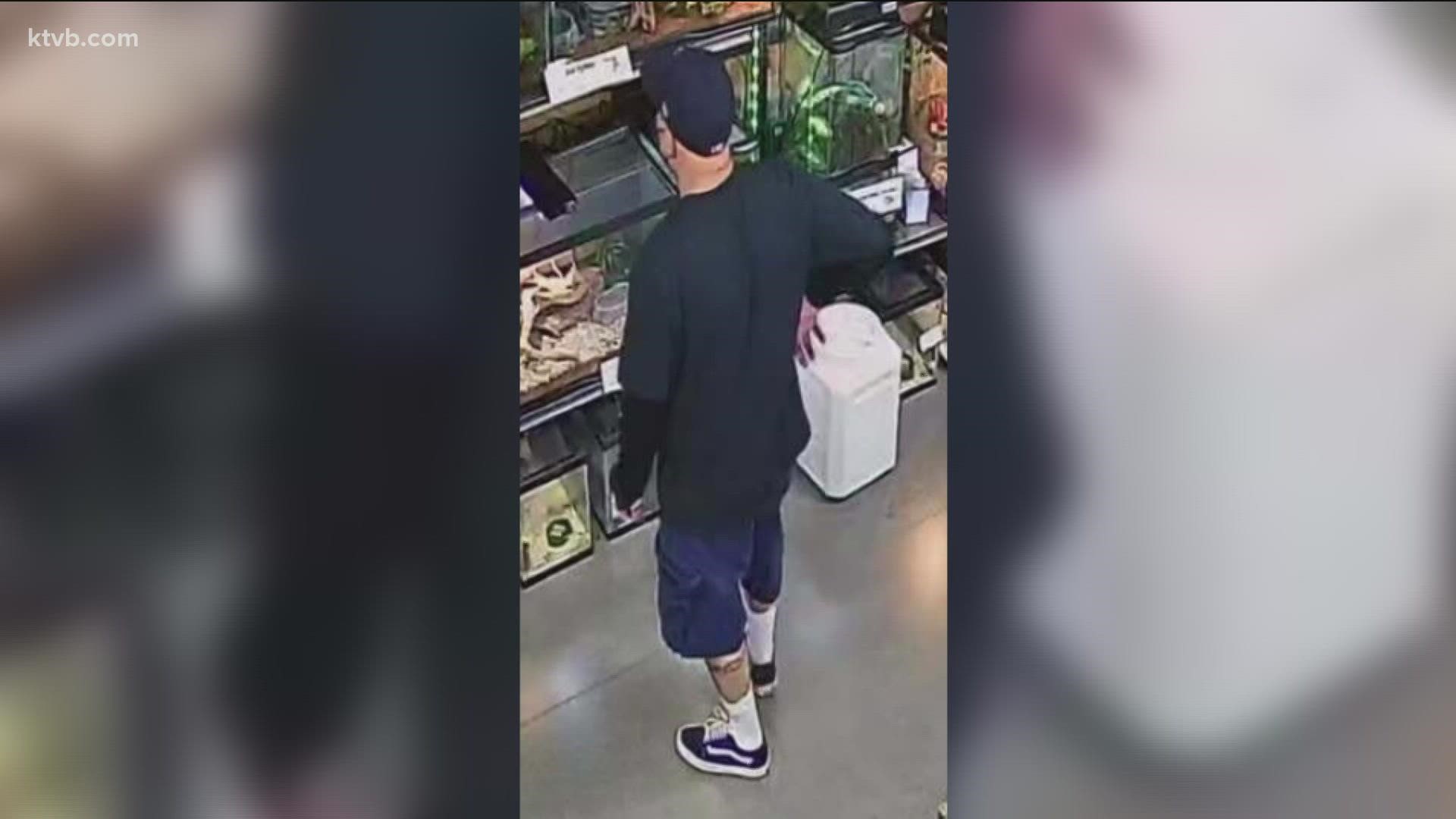 BOISE, Idaho — A Caldwell man detectives say repeatedly smuggled lizards he did not pay for out of pet shops around Boise has been arrested.

Boise Police say they have been on Garcia's tail since July, when the thefts were first reported.

Investigators say the suspect would go into lizard retailers around Boise, wait until employees were not looking, then slip reptiles out of their cages and into his pockets before walking out.

Garcia stole bearded dragons - which can grow up to two feet long as adults - and red Nigerian Uromastyx, according to police. Investigators have not said whether the suspect is believed to have been reselling the lizards or keeping them for himself as pets.

The lizard thief was captured on surveillance cameras in at least one store, leading to police asking for help identifying the man. Boise Police also credited local businesses and the Organized Retail Crime Unit in solving the case.

Garcia was arrested in Caldwell Tuesday afternoon, and booked into the Canyon County Jail. Additional charges are expected, police say.

It's unclear whether any of the missing lizards were recovered. Garcia will be transferred to Ada County to face the charges.