'It was dynamic, it was intense': Police chief describes Coeur d'Alene park shooting

An armed man who was shot by police at Coeur d'Alene City Park on the Fourth of July is in critical condition. 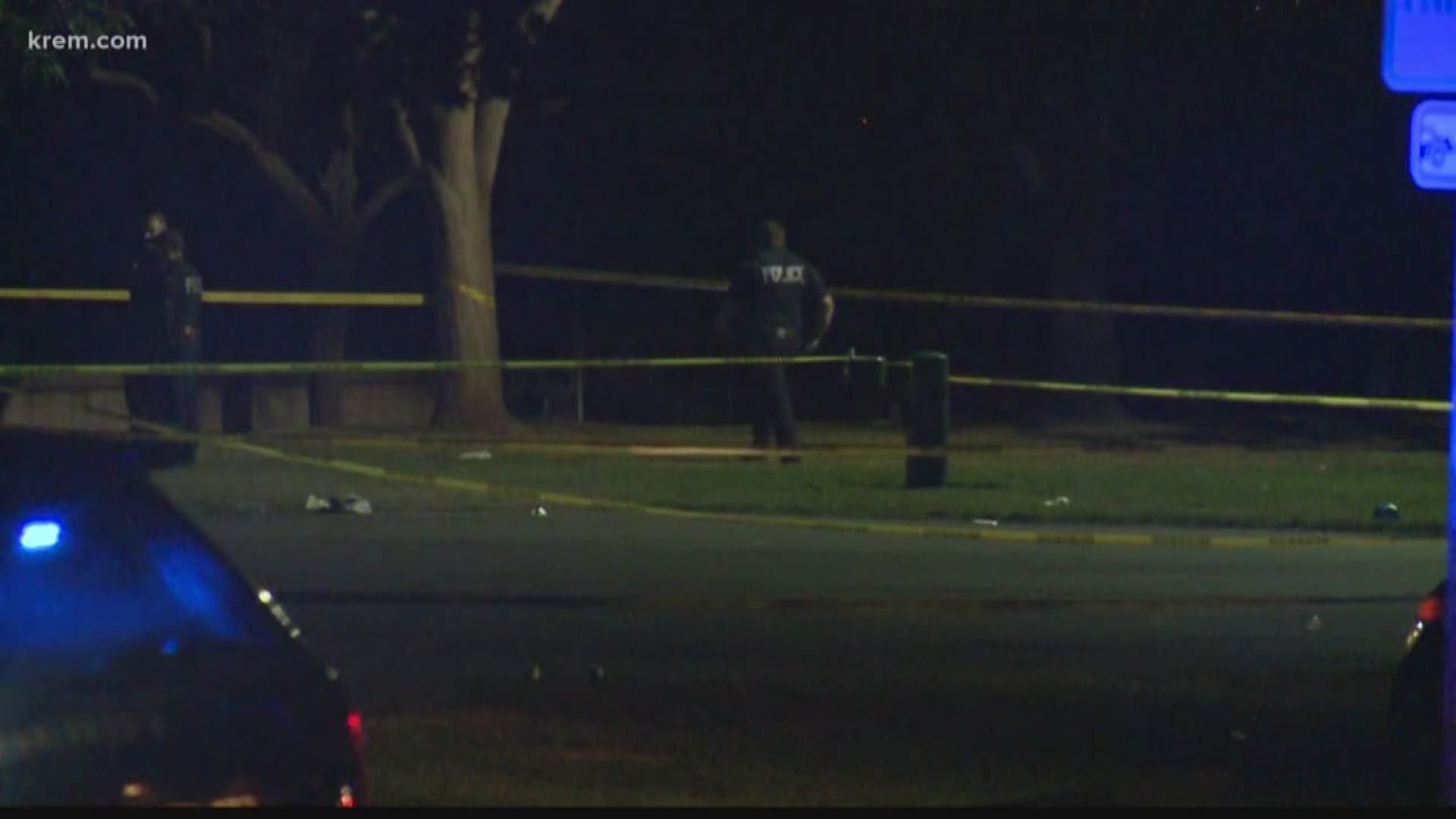 White said the suspect, Tyler Rambo, was involved in an altercation at Independence Point where witnesses said he fired one round at a person.

White said officers told Rambo to drop his gun at least 15 times during the chase and he refused. At one point, Rambo stopped and officers used a Taser on him. Rambo then leveled his weapon horizontally, firing one shot then officers opened fire, White said.

Coeur d'Alene police say Rambo was taken to Kootenai Health after he was shot multiple times at approximately 10:10 p.m. on Thursday. As of 2:30 p.m. on Friday, Rambo was in critical condition.

White said initial reports show Rambo may have been hit 10 times. A .357 revolver was recovered near Rambo, White said.

White said officers are still searching for a person who may have been injured during the first incident at Independence Point. He said witness reports have led them to believe someone else may have been shot in the leg.

He said they are "extremely lucky" to have the situation end the way it did.

"I will tell you that we have spent a lot of time and effort over the past few years with firearms training… Ensuring that our officers are very capable with our firearms,” White explained. “It’s something we train for and it’s something we hope never happens.”

White said there have been problems at Independence Point during the fireworks shows in years past. It's actually why they decided to move their command post to the area.

“Law enforcement has had multiple contacts with this individual. He was known to us,” White said.

Online records show a 2016 case where Rambo was arrested on a misdemeanor charge of fighting in public.  He was a juvenile at the time.

Rambo is a former Coeur d'Alene School District student. District leaders said he withdrew from school in May of last year.

Decker spoke with a mother who was at City Park when the shooting happened.

"My son and I and my husband and a friend of ours were sitting over at the sea wall by the stairs. He came over here and the first shots were fired over here by the Porta Potties," Tabatha Van Meer said.

"My son was in the Porta Potty that the bullets came towards. I flipped. My son, my 19-year-old, ran towards the danger," she continued. "He was trying to get his brother before any of us. He could weave in and out faster."

A group of men told Decker that they also heard the gunshot from near the Porta Potties, grabbed the kids they were with and ran to a nearby tree for cover. Police then told them to run, so they ran across the street until the scene cleared.

Immediately after the shooting, White said a man approached officers and became confrontational and took off. Witnesses told police the man was armed.

Police were able to contact the man and interview him. White said he offered to show them where he ditched the firearm.

White said it's unclear if that person was related to original shooting.

White did not immediately know if that person was facing charges.

White said a total of eight people were arrested during the event on various charges.

Police confirmed at least one injured in shooting at Independence Point

1 / 15
KREM/Casey Decker
A police car near Independence Point in Coeur d'Alene after a July 4, 2019 shooting.