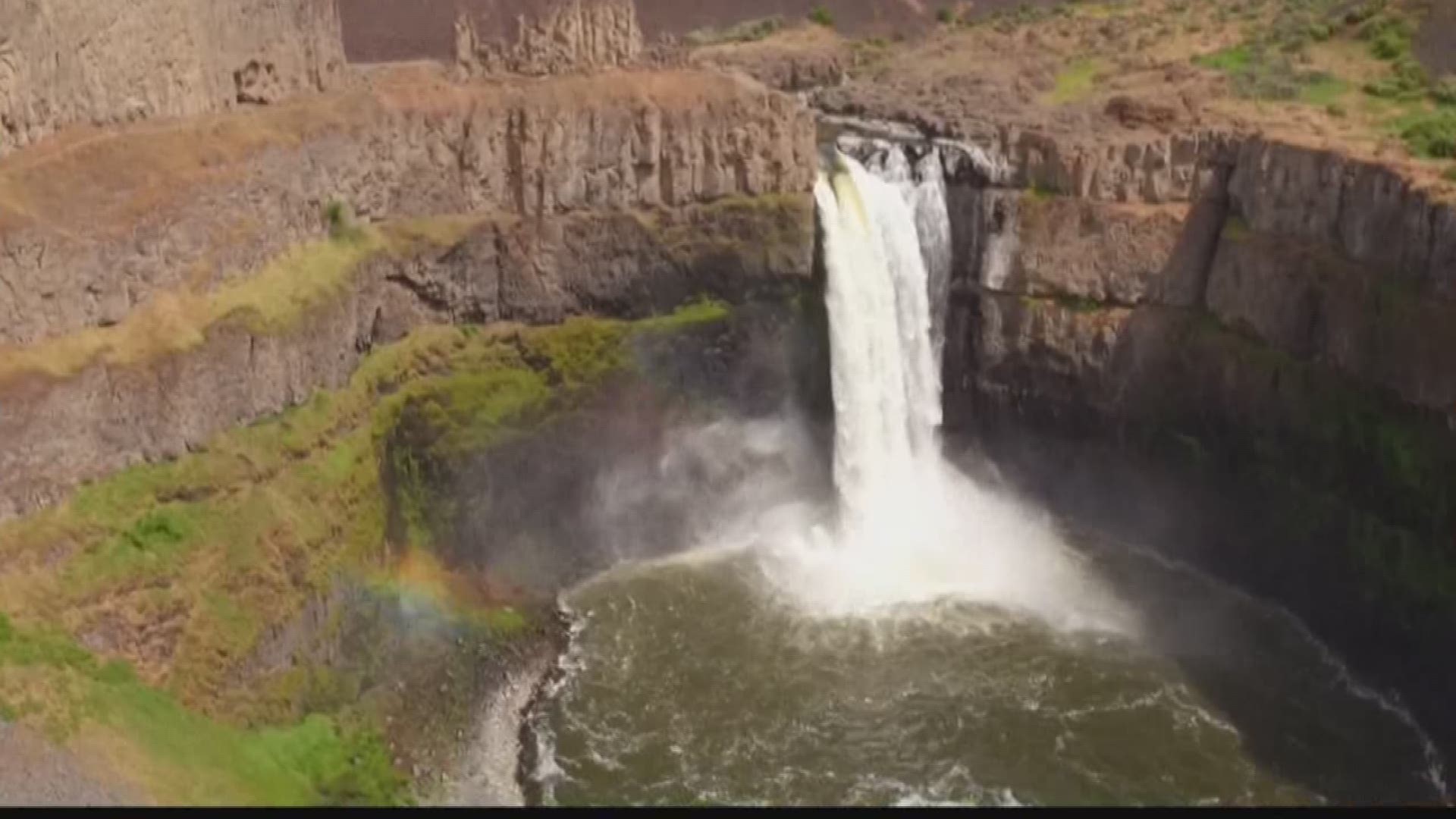 Rescue and recovery crews found the body of a Spokane man who fell into the water at the Palouse Falls State Park.

Officials from Columbia Basin Dive Rescue said the man lost his footing and slipped from a cliff. They said he fell 40 feet, then rolled into the river.

His body was located on Tuesday, after hours of searching Monday.

Friends identified him as 25-year-old Cade Prophet. He worked at a local car dealership in Spokane.

Friends describe Cade Phophet as the life of the party. Always energetic and fun. One friend even told me he once survived a bear attack! pic.twitter.com/sxpI7xx0fV

While Prophet's body has been located, it has not yet been recovered as of Tuesday night. The area is difficult to access, officials said.

Search crews had to take several extra steps to ensure their own safety.

"It's a difficult area in terms of - it's a narrow part of the river right there," said Audra Sims, a park ranger. "The canyon gets deeper, the current gets swifter."

Prophet's mother spoke to KREM 2 and said he was taking pictures of the scenery before his death. She said he looked down for the trail and stepped on loose shale rock, which caused him to lose his balance and fall. She said Prophet was a seasoned hiker.

The area the couple was in before Prophet fell is out of bounds of a designated viewing area. The signs there warn people to continue at their own risk.

Authorities said the Palouse Falls trails have long been a concern. Temporary fencing was put up in 2015 to keep people off potentially dangerous trails. That fencing has since been removed.

A park ranger said this is actually the second death at Palouse Falls since it became a state park. He said in April of 2016, a person drowned while swimming below the falls.

The deaths come as the park as seen a significant spike in visitors during recent years.

Editor's note: KREM 2 had permission from the Washington State Parks Department to fly Sky2 over the falls, and agreed to not fly directly over the search scene.