After losing business from restaurants, Duncan Produce is selling wholesale to the public

Duncan Produce shifted their customer base to the general public after the restaurant shutdown, and business took off. 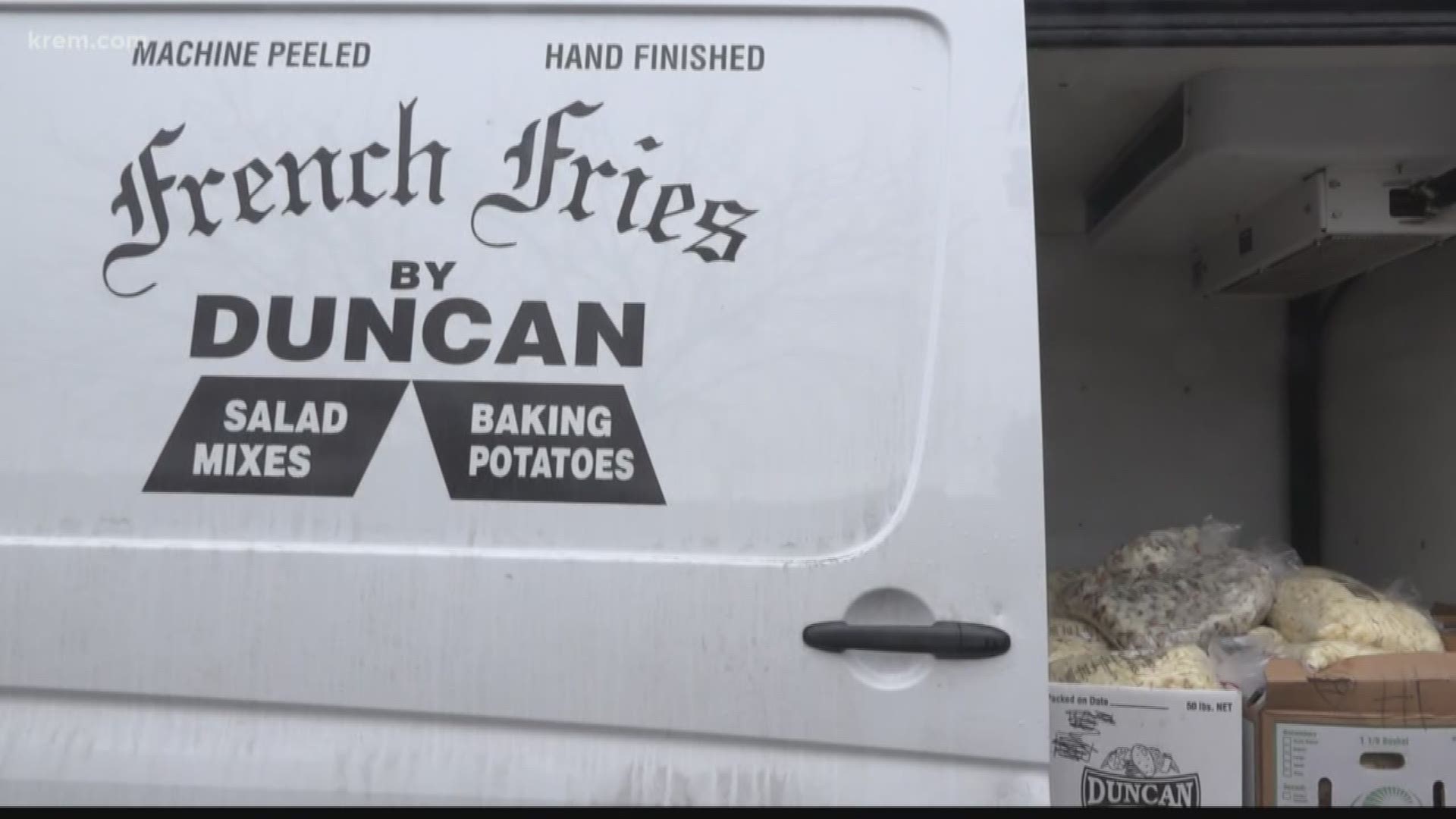 SPOKANE, Wash. — Lines of cones and carts of produce were sitting in the Duncan Produce driveway, while a group of employees greeted each car that pulled up.

Kyle Duncan, a temporary employee of the wholesale produce business, carried several 10 pound bags of potatoes to each car and collected their payments. But Kyle Duncan doesn't normally work at his brother's business.

"My brother was nice enough and said, 'Hey if you want more hours you can come help out,'" Kyle Duncan said.

But he is lucky that job exists right now.

Duncan Produce decided to create this make shift drive through in an attempt to stay alive during the coronavirus shut down orders.

Owner Casey Duncan said the company normally sells their produce to restaurants. When restaurants closed, they lost 70% of their business.

"It was pretty tough, but then later that afternoon I come up with this idea. And the next day I told [my employees] they're going to have to be working overtime," Casey Duncan said.

He shifted their customer base to the general public, and business took off. Casey Duncan said they have hundreds of people lining up everyday to buy their bulk produce.

The change is mutually beneficial, because Duncan Produce is making enough money to hire family members who have lost jobs, and the general public gets bulk produce for discounted prices.

This new business model is doing so well, Casey Duncan said they are planning to keep selling to the general public even after the Coronavirus response ends.