This measure calculates how much income a family must earn to meet basic needs, and where they live in Washington State. 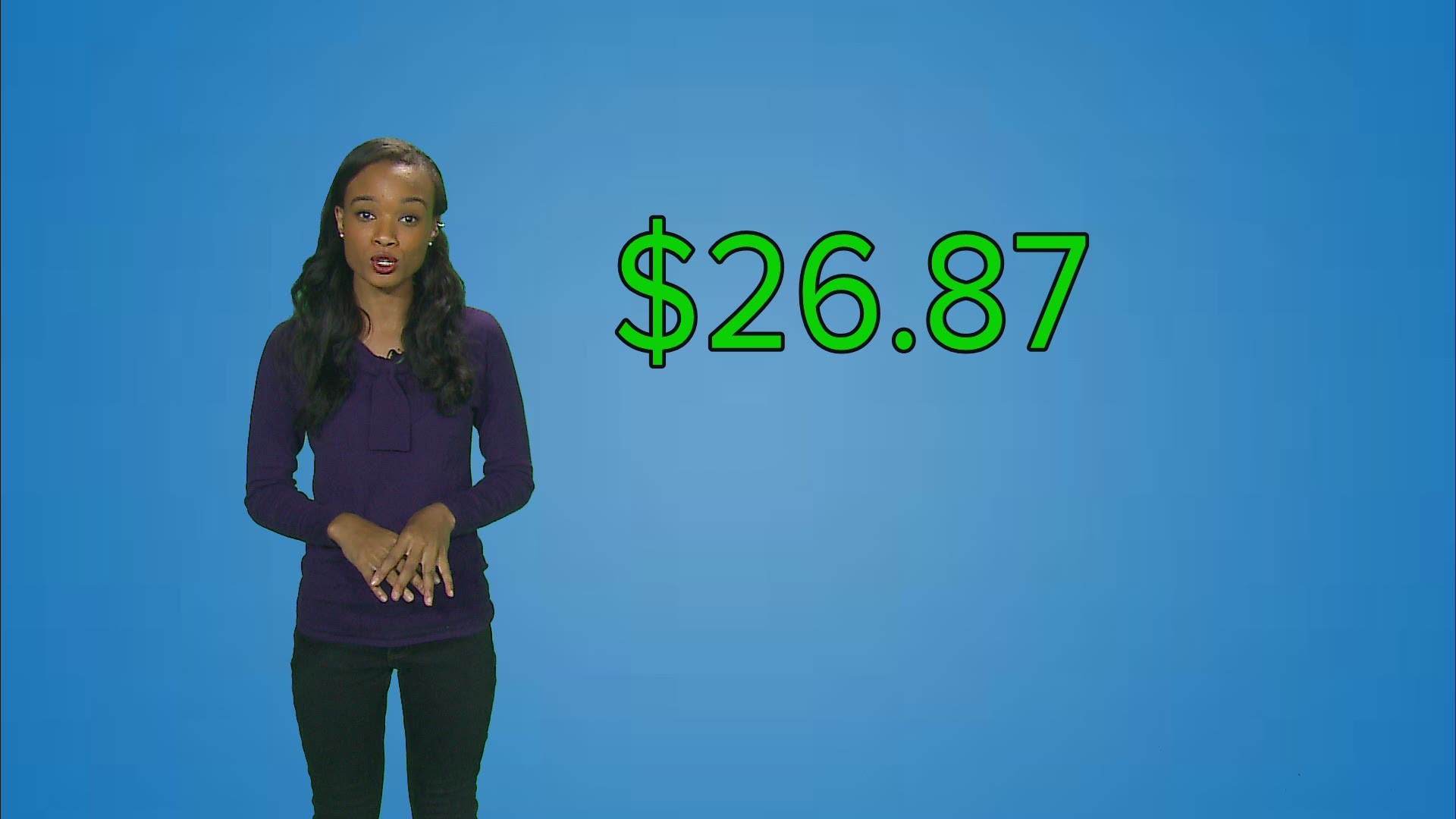 Editor's note: The above video was posted in November 2018.

WASHINGTON, USA - A University of Washington study released Thursday says that the cost of living for almost every family size in every county in Washington has increased since 2017.

The data is part of the 2020 update of the Self-Sufficiency Standard for Washington State. The report gives a county-by-county look at the income needed to support families of different sizes without outside support.

In Spokane County, a single parent with two children would need to make $27 and hour to get by, which marks a 10 percent increase from three years ago, according to the study.

The research was created by the Center for Women’s Welfare at the UW for the Workforce Development Council of Seattle-King County.

Here is what one single adult needs to make in Spokane County in terms of cost of living if they were living with a preschooler and child who is school-age.

“We found that during the Great Recession, the cost of basic needs remained the same or increased, while families concurrently experienced lost incomes. Right now, despite lost wages due to the pandemic, families are still having to make hard choices trying to pay rent, buy food, and arrange child care,” Pearce said.

The Workforce Development Council of Seattle-King County provides an accompanying interactive tool called The Calculator for families and career counselors in Washnigton.

According to the state Office of Financial Management, median household income in Washington grew about 63% between 2000 and 2019.

Meanwhile, the Self-Sufficiency Standard estimates that statewide costs for living have increased by 72 percent on average between the counties. Median earnings have increased by just 60% since 2001, according to information from the U.S. Census Bureau.

“The federal poverty guidelines are simply outdated. They were developed half a century ago, based solely on the cost of food,” the project’s principal investigator Lisa Manzer said.

Food costs are based on the U.S. Department of Agriculture’s Low-Cost Food Plan and assume all meals are made at home.

If at least 7 percent of a particular county's workforce commutes using public transit, transit fare are used to calculate transportation costs. If not, costs are calculated based on owning and maintaining a car.