Greg Massey set up a trail camera in the woods behind his Priest River home in Bodey Canyon and the rest is adorable.

PRIEST RIVER, Idaho — A North Idaho couple is sharing their passion for wildlife with the world through YouTube.

Greg Massey set up a trail camera in the woods behind his Priest River home in Bodie Canyon. Massey said he and his wife are teachers and they’ve done this for years for their entertainment in the summer.

Massey’s latest video shows two bears wrestling right in front of the camera. Then, his wife encouraged him to start a YouTube page called Grin and Bear it.

But he’s not just capturing bears on camera. They’ve seen everything from wild turkeys to elk to moose. 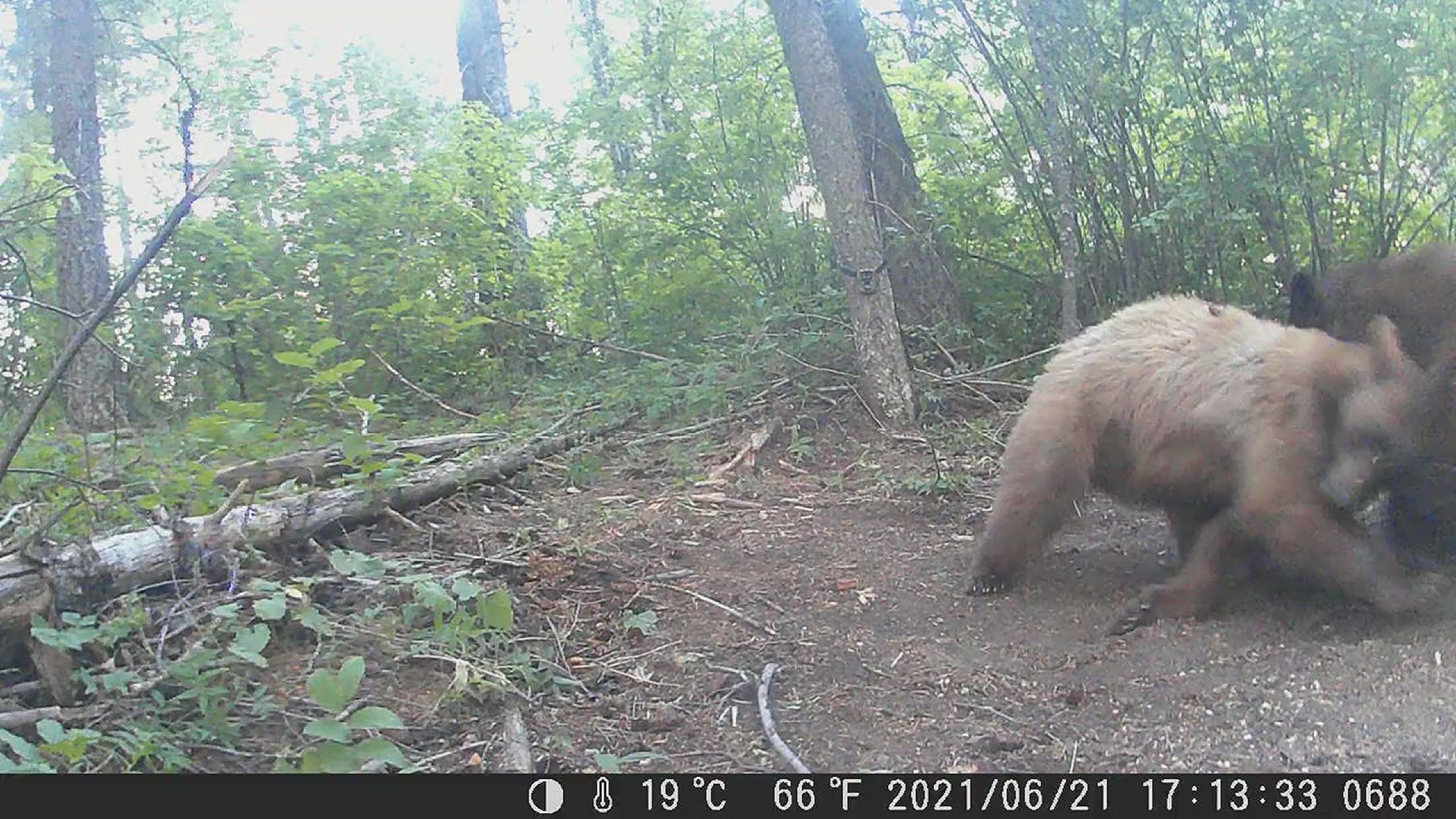 The couple puts food out for the bears. They smear peanut on trees, leave them watermelon and other snacks. Massey said the area is very far away from people.

"We respect them and we don't do it in the same place all the time,” he said. “My wife and I both love animals.”

Massey originally thought he was going to use the cameras to hunt.

"I thought I was going to hunt a bear but when I started watching them, I couldn't do it," he said.

During the spring of 2020, they caught a bear cub on camera with its mother and have watched it grow.

“We literally have hundreds of some of the coolest pictures,” Massey said.

With the heat wave on its way to the Inland Northwest, Massey has a special plan for the bears.

“I’m putting a baby pool full of water out next week when it’s hot. I’m sure the bears will be in it,” he said.