Webster told KREM that he and another competitor are tasked with making a completely edible cookie chandelier on the finale episode. 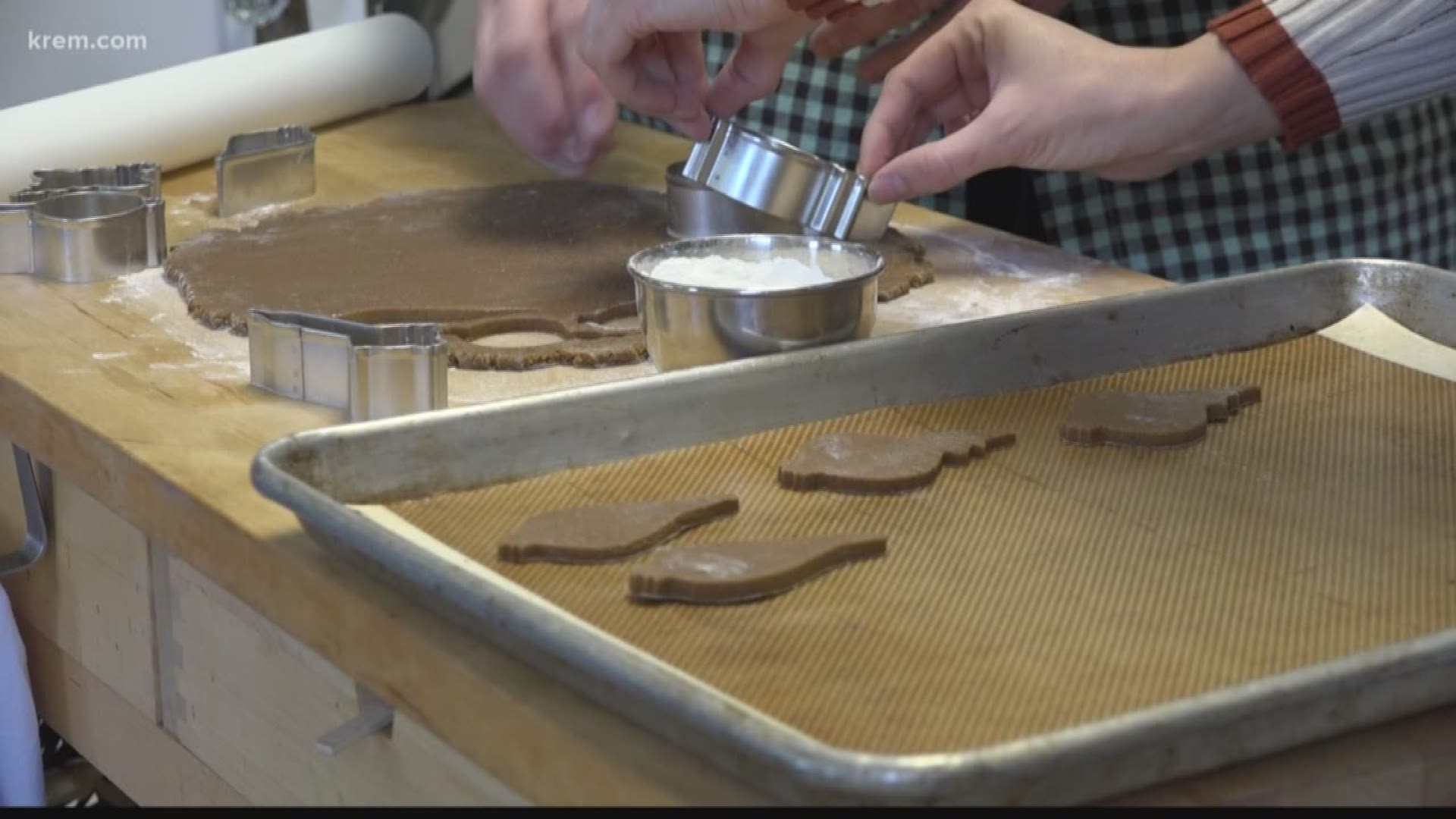 Webster won $25,000 in the finale of "Christmas Cookie Matchup" on Wednesday night.

“Christmas Cookie Matchup” first aired on Wednesday, Nov. 13 at 9 p.m. The show brought six of “America’s most talented home bakers” alongside the cast of “When Calls the Heart” for a cookie baking challenge. It is hosted by stage and television actor Jack Wagner.

Webster and another competitor made a cookie chandelier that must be completely edible during the final episode.

"They're only giving you a few hours, and you have to make the dough, and you have to roll, cut, bake, frost, design, build. So it does get really hectic and the time is 100% real," he said.

Videos posted to Webster's Facebook page show a crowd of his friends and family cheering for his win during a watch party at Embers Pizza. Webster also thanked his cookie apprentice Pascale Hutton on Facebook for her help during the competition.

Webster is a Sysco business consultant who has worked in the food industry for more than 18 years. In November 2018, he nabbed the grand prize of $10,000 on Food Network’s “Christmas Cookie Challenge” alongside Spokane baker Amber Stout.

He also competed on Food Network’s “Holiday Gingerbread Showdown” alongside Spokane baker Megan Gaines last December. The duo made headlines two years ago in Spokane when they took part in building a life-sized gingerbread house at the Red Lion Hotel.

"That brought some attention to the area and myself," Webster said.

Webster lives in Spokane with his partner Andrew and two adopted rescue dogs, Ponzu and Gandalf.

Johnson is the owner of Cake Chic Studio with her mother-in-law, Sandy, and serves as the executive pastry chef at Chateau Faire Le Point Winery.