'Scared me to the point of numbness': 'Haunted' abandoned hospital in Colfax featured on popular YouTube channel

"This video has scared me to the point of numbness," Watts said in his YouTube video that has over 800,000 views. 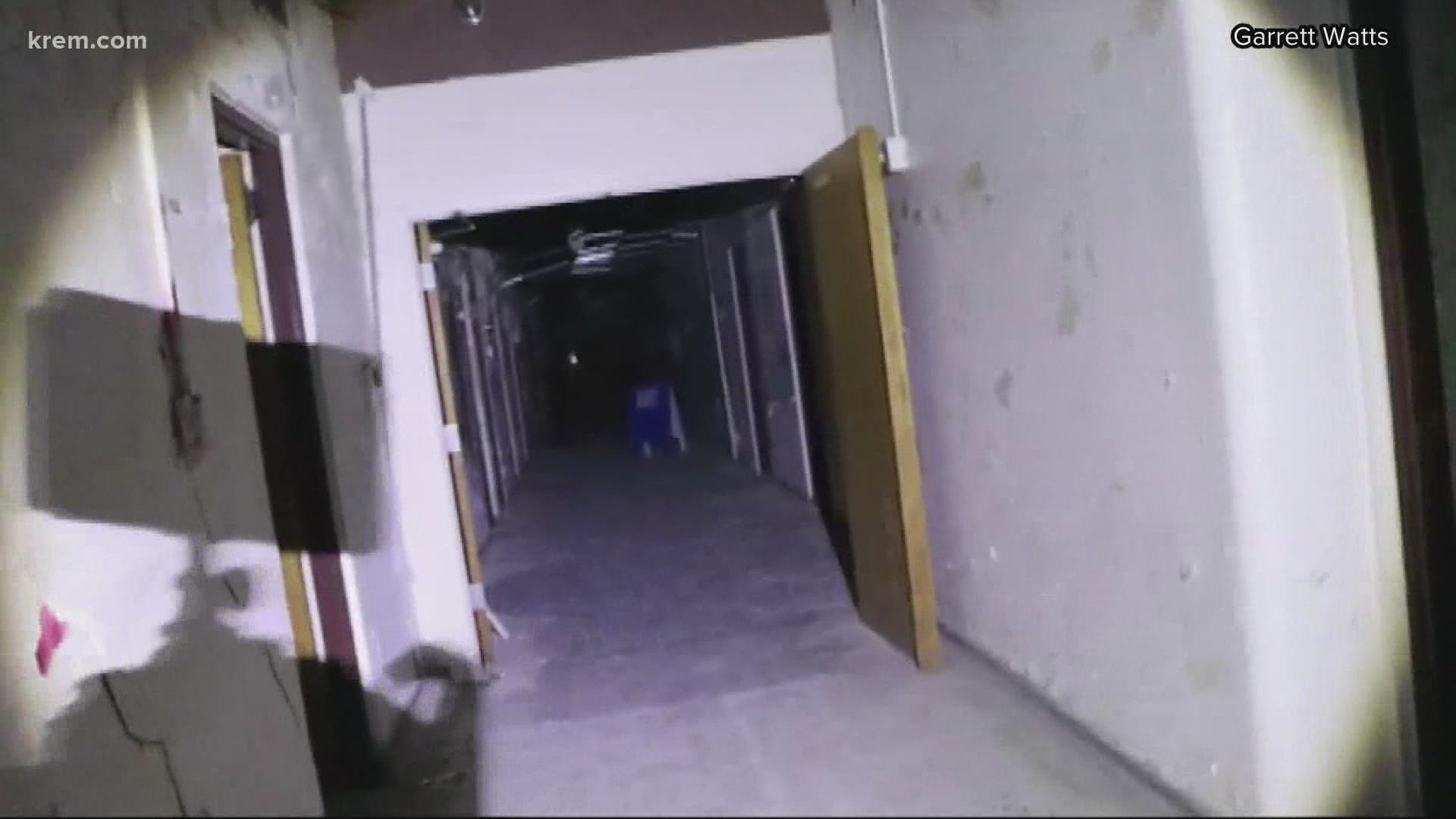 COLFAX, Wash. — A hospital which has been abandoned for some time is reportedly haunted and is a popular destination for thrill-seekers and paranormal enthusiasts.

St. Ignatius, which was built in the late 1800s, operated as a hospital for decades before eventually becoming a home for disabled adults.

By 1964, the hospital board decided to relocate the hospital, leaving the existing building to serve as an assisted care facility. The last residents moved out of the facility in 2000, and since that time it has sat abandoned, according to the Washington Trust for Historic Preservation.

Since then, stories of hauntings and spooky encounters of the now run-down building have spread.

The hospital grew so much in popularity that YouTuber Garrett Watts who has 3.27 million subscribers decided to tour it.

In a tweet, Watts said, "This is an hour and a half and easily one of the most out of control, terrifying videos I have ever posted and I am deeply, deeply excited for you to go on this adventure with Andrew and I..."

St. Ignatius was also featured on the TV show Ghost Adventures in 2019.

"This video has scared me to the point of numbness," Watts said in his YouTube video that has over 800,000 views.

The hospital, however, is about to get a total makeover and recently gained new ownership from Austin Storm.

Storm explained that the goal for the hospital is to create an event center and hotel. Additionally, they plan to have a brewery or distillery along with artist studios and classrooms.

Before all the renovations, they plan to stabilize and secure the building's structure. Storm said that because of twenty years of neglect the building has significant structural damage.

"It's the sort of project we love - beautiful old buildings at a crazy ambitious scale. It's bigger than us, which is why we're inviting people to help us preserve the building and imagine what it can become," Storm said.

Their first renovation task is to address the sagging floors and fix the roofing so that they can stop water from getting into the building every time that it rains.