'Our own fourth of July': Councilwoman Wilkerson outlines ways to celebrate Juneteenth in Spokane

Councilwoman Betsy Wilkerson has long advocated for June 19th to be a holiday. Here are ways Spokanites can observe the date as a federal holiday for the first time. 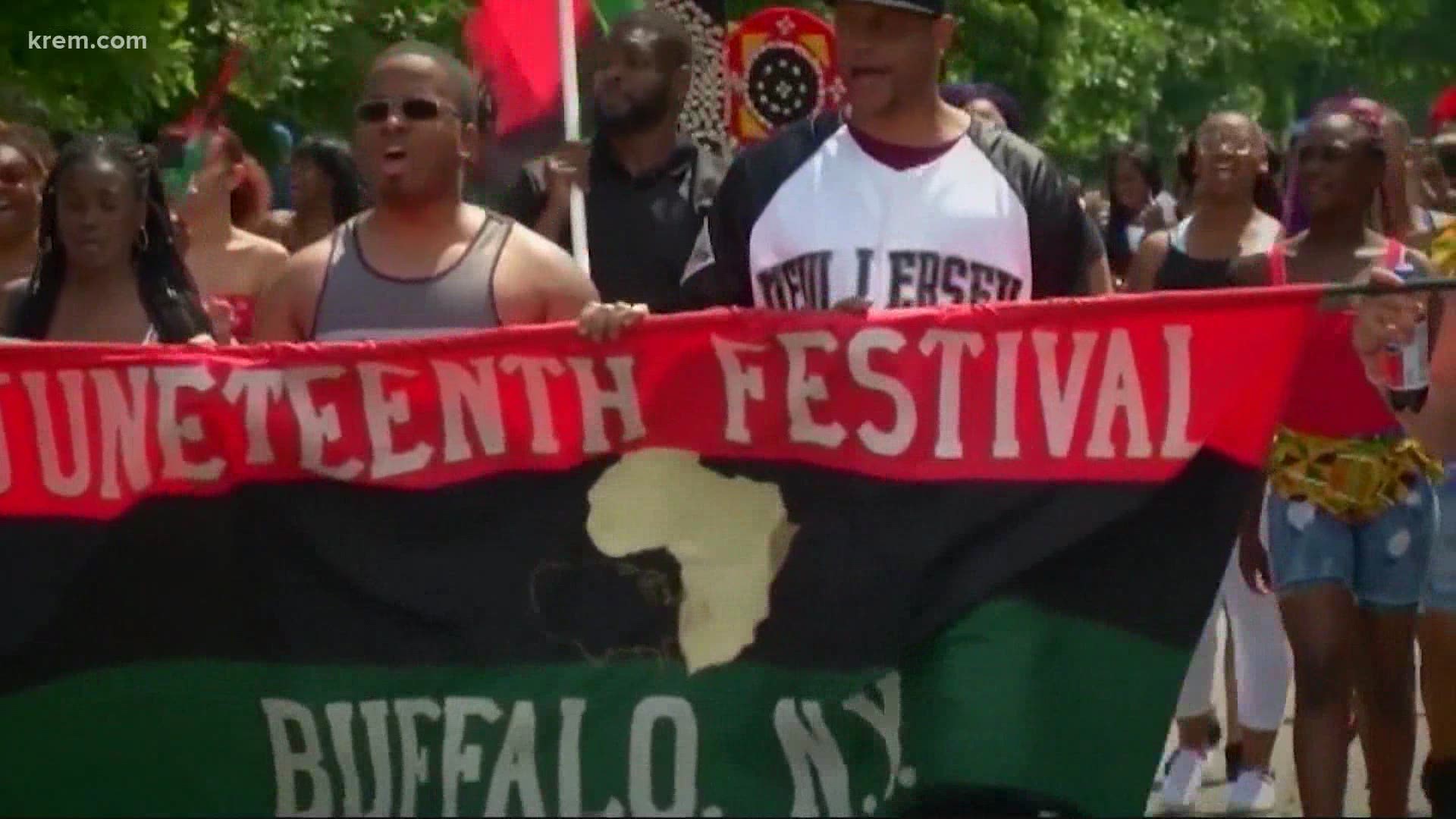 SPOKANE, Wash. — While the end of slavery in the United States is often recognized by President Abraham Lincoln's Emancipation Proclamation of 1863, Juneteenth recognizes African American's freedom from slavery in a different way. June 19 marks the day the last slaves were told about the president's order nearly 2 1/2 years later.

Making Juneteenth a federal holiday has been a goal of councilwoman Betsy Wilkerson's.

“For more than one hundred and fifty years Black Americans have celebrated Juneteenth alone with our families and communities. That is finally changing," Wilkerson said. "I am so excited to celebrate Juneteenth with folks from every corner of Spokane this year.”

In May, Governor Inslee signed a bill into law in order to make Juneteenth a state paid holiday.

Juneteenth events will take place in the East Central Neighborhood, where Betsy grew up and still resides.

The Community Pillars Virtual Awards show will kick off the weekend Friday evening, followed by a night movie showing of Black Panther.

Saturday afternoon there will be a block party with live music from DJ K-Phi.

The festivities will continue into Father’s Day with Praise in the Park at Liberty Park at noon, and an afternoon Father’s Day Brunch “Drive up & Pick up” at Emmanuel Life Center.

In addition to these events other Spokane Juneteenth events include:

• Juneteenth : A Celebration of Resistance at Northwest Museum of Arts and Culture