7 questions for Matthew Sullivan, author of 'Midnight at the Bright Ideas Bookstore'

Matthew Sullivan is the author of 'Midnight at the Bright Ideas Bookstore,' which is the KREM 2 Book Club's March book. 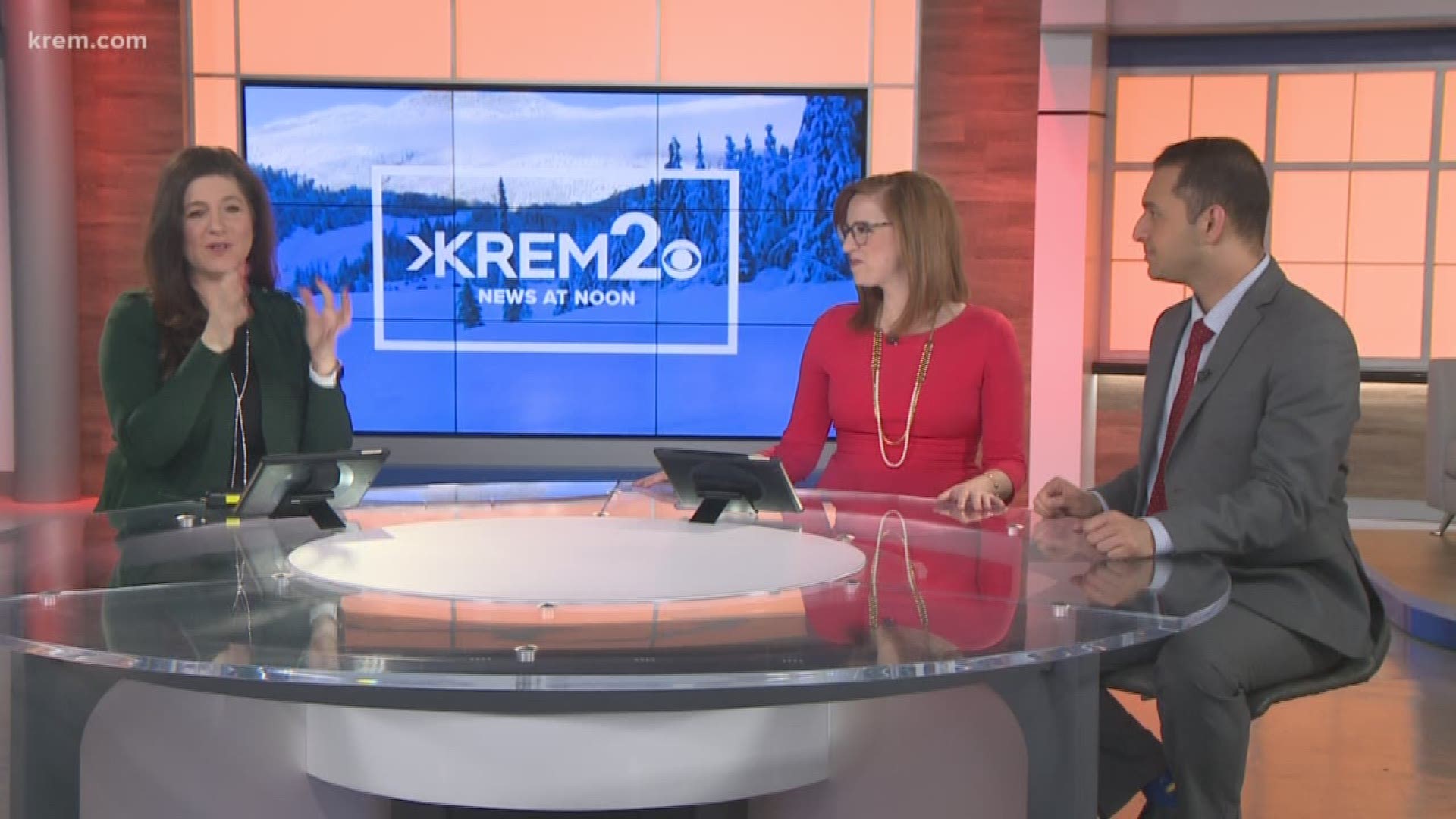 SPOKANE, Wash. — What is the metaphor behind all of the books in Moses Lake author Matthew Sullivan's literary mystery Midnight at the Bright Ideas Bookstore?

Sulivan's novel was the inaugural book for the KREM 2 Book Club. Members read the book before the March 7 meeting, which took place on Facebook Live.

Because Sullivan couldn't join our live chat, KREM sent him seven questions about his page-turner that captivated the book club.

Note: Matthew Sullivan is an author, as well as a literature, writing and film professor at Big Bend Community College in Moses Lake. The KREM 2 Book Club features books by authors with Northwest ties. If you'd like to join the book club, visit the Facebook Page here. The April book will be The Sasquatch Hunter's Almanac by Sharma Shields.

KREM: There were books everywhere in Midnight – the bookstore, library, the dad’s house, even in a coffee shop scene, where someone bumped into a table full of books. Were the books a metaphor and if so what for?

MATTHEW SULLIVAN: In my mind, books are used by characters throughout the story as a way to ward off the various ghosts that haunt them. We all know that books can be an escape, and I wanted to take that to the next level, and think of ways that their escape might reflect a desire to find sanctuary after experiencing something horrific.

KREM: The cut-out messages were very creative. How did you come up with the idea of this puzzle-piece mystery, and were the cut-outs a metaphor for Joey’s fragmented life?

MS: Working for years in bookstores, I came across more than a few books that had been defaced, often with images cut out for nefarious purposes. That was the initial seed. And the cut-outs definitely capture the broken way that I think about Joey—about the way that he, given his history, might communicate with the world. He’s not going to Tweet, you know?

KREM: The 'BookFrogs" were such a unique subculture. As someone who previously worked in a bookstore, is this a subculture that exists? Did you base the book frogs off people you know?

MS: The idea of calling people BookFrogs is entirely fictional, and I’m somewhat embarrassed to share that in an early draft I was calling them the “Wordslugs.” (Gah!) Side note: The Italian version of the book translates them to the “bookstore-mice”! I love that.

That said, the idea of the BookFrogs is definitely based in reality. Coming back to the idea of books-as-sanctuary, in my experience working in bookstores, as well as being around a lot of libraries (I’m married to a librarian), I’ve spent a lot of time around people who need these “public” institutions as places to go, not only for learning, but sometimes to interact with society or just because they have nowhere else to be. I sometimes see a similar pattern in community colleges.

KREM: Why did you set the novel in Denver during a period of transition? What role did the setting play?

MS: I grew up in Denver but haven’t lived there since 1998, so a lot of it was born out of nostalgia. The nineties was such a vibrant time to be there, with changes happening everywhere (a bit like Spokane these years?). In my 20s I worked for years at the Tattered Cover Book Store with a caring, creative, intelligent community of booksellers. It was a wonderful time and place to be figuring out what I cared about in life. I wanted to pay homage to all of that.

KREM: Some viewers wondered if Lydia ever loved David, and they felt like he was often cast aside. Was David just an escape for Lydia?

MS: Yeah, the whole David vs. Raj question comes up a lot. I struggled with it and over a lot of different drafts I tinkered with different romantic outcomes. But in the end, David was out, and here’s why: Lydia’s only experience with (relative) happiness was during her early childhood, alongside Raj, before the Hammerman attack. After that attack, her whole life was thrown off, and she only began to (relatively) recover when she began working at Bright Ideas. So in the end, even if it’s not the healthiest relationship (codependent, bad shared history, etc…) she would always associate Raj with peace and happiness and those years in her father’s library. David could never measure up to that. Also, not that it’s necessarily a deal-breaker, but the guy didn’t read.

KREM: In the end, no one seemed to get what they wanted – Maya will never have closure, neither will Raj. Joey’s suicide seemed even more tragic in light of the ending revelations. For Lydia, it’s unclear whether she will ever escape the shadow of the Hammerman. What is the message you wanted readers to walk away with?

MS: I intentionally left it ambiguous, but I agree: just when we think she’s found peace again, the last image we see is Lydia unable to let go of what happened to her. It’s not going away, even if she is able (through books and human connections) to ward it off for a time. That said, rather than grow bitter and hostile, Lydia has chosen to be benevolent, to look out for other people, especially those who have been given a raw deal in life (as she has, and maybe her father, too?).

KREM: What is your next book and when can we read it?

MS: I’m working on another literary mystery, this one set in a fictional version of Soap Lake. I lived there for some years when my kids were little, before we moved down the road to Ephrata. It’s a really cool town, unlike anywhere I’ve ever been, and a perfect setting for a mystery. I teach full-time and stay really busy, so I have no idea when it will be finished. Hopefully soon-ish?