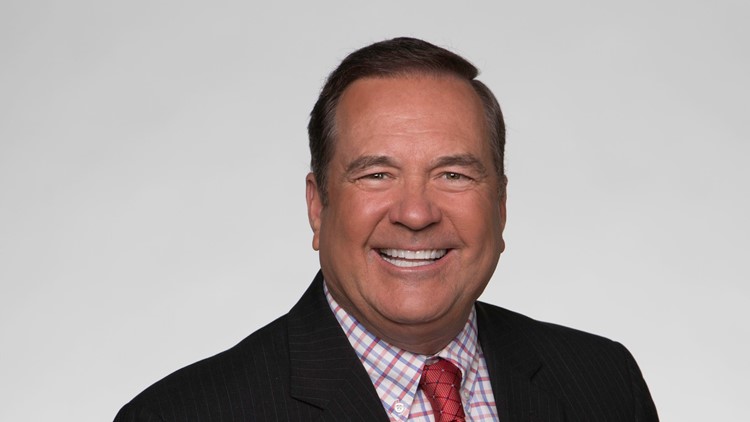 Tom began his broadcast career in radio in 1981 as an announcer, eventually becoming a program director at KDRK-FM in Spokane. He began working as a weekend weathercaster at KREM 2 News in 1990, moving into the KREM 2 News morning weather anchor position in 1992. Tom stepped into the chief meteorologist position in 1993.

A graduate of the Mississippi State University Broadcast Meteorological program, he has the National Weather Association Seal of Approval and is a member of the American Meteorological Society.

In addition to his professional accomplishments, Tom has won many honors from KREM 2 viewers. He was voted best weathercaster by readers of The Inlander newspaper from 1995 through 2018 as well as favorite weathercaster in The Spokesman-Review first Reader's Poll in 1998. He has been inducted into the Inlander Hall of Fame for winning best weather forecaster for more than 10 years.

Every October, Tom conducts Tom's Turkey Drive, the single largest food drive in the Inland Northwest. Tom’s Turkey Drive not only provides thousands of families with a complete Thanksgiving meal, but through thousands of dollars in donations it also stocks the shelves of area food banks throughout the winter months. Tom and KREM were honored in 2007 by the Spokane United Way for business volunteer of the year for Tom's Turkey Drive.

Raised in Southern California, Tom has lived his entire professional life in the Spokane area. He has two adult boys, Michael and Matthew.

In his spare time, Tom enjoys skiing, boating, rollerblading, gardening, barbecuing and volunteering. Tom is also a professional auctioneer for many local events.