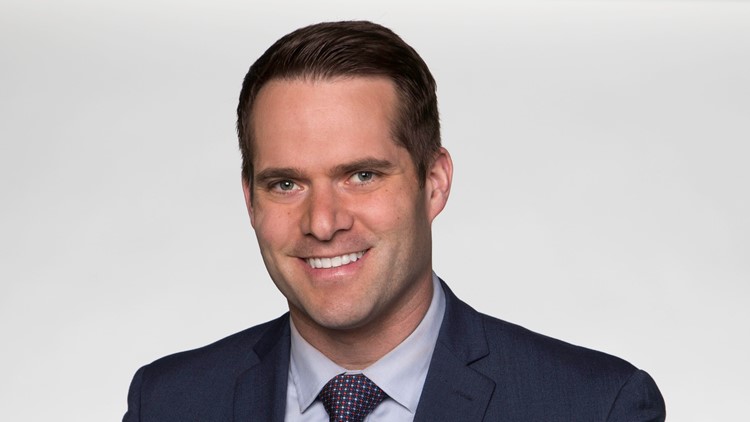 Mark Hanrahan joined the KREM 2 News team as an evening news anchor and reporter in August 2015.

Mark grew up in Newport, Oregon and has reported in Montana, Colorado, Oregon and now Washington.

While in Portland, Mark was recognized by his colleagues with the Tom McCall Award for excellence in journalism. He also worked on a variety of local and national stories including the manhunt for two suspects involved in a four-state killing spree and the effort to change Oregon’s antiquated invasion of privacy law to address the use of hidden cameras. In 2012, Mark reported for NBC Nightly News on debris, torn loose from the devastating earthquake and tsunami in Japan, washing up on Oregon’s beaches.

Prior to arriving at KGW, Mark worked as a general assignment reporter for crosstown competitor, KPTV. He's also reported for KOAA in Colorado Springs and for KRTV in Great Falls.

While in Colorado and Montana, Mark reported extensively on the military, traveling with the U.S. Air Force as they responded to Hurricane Katrina.

Mark attended Eastern Oregon University where he played football for the Mountaineers and graduated with Bachelor of Arts degree in Economics, Politics and Philosophy.

When he’s not working on stories, Mark enjoys the outdoors, spending time with his wife (a Mead High School graduate), trying to keep up with his two young kids and sneaking in a quick ride on his motorcycle.