Haze returns to Spokane, but air quality should remain healthy

Hazy skies filtered in on Thursday and remains in the forecast heading into the weekend. 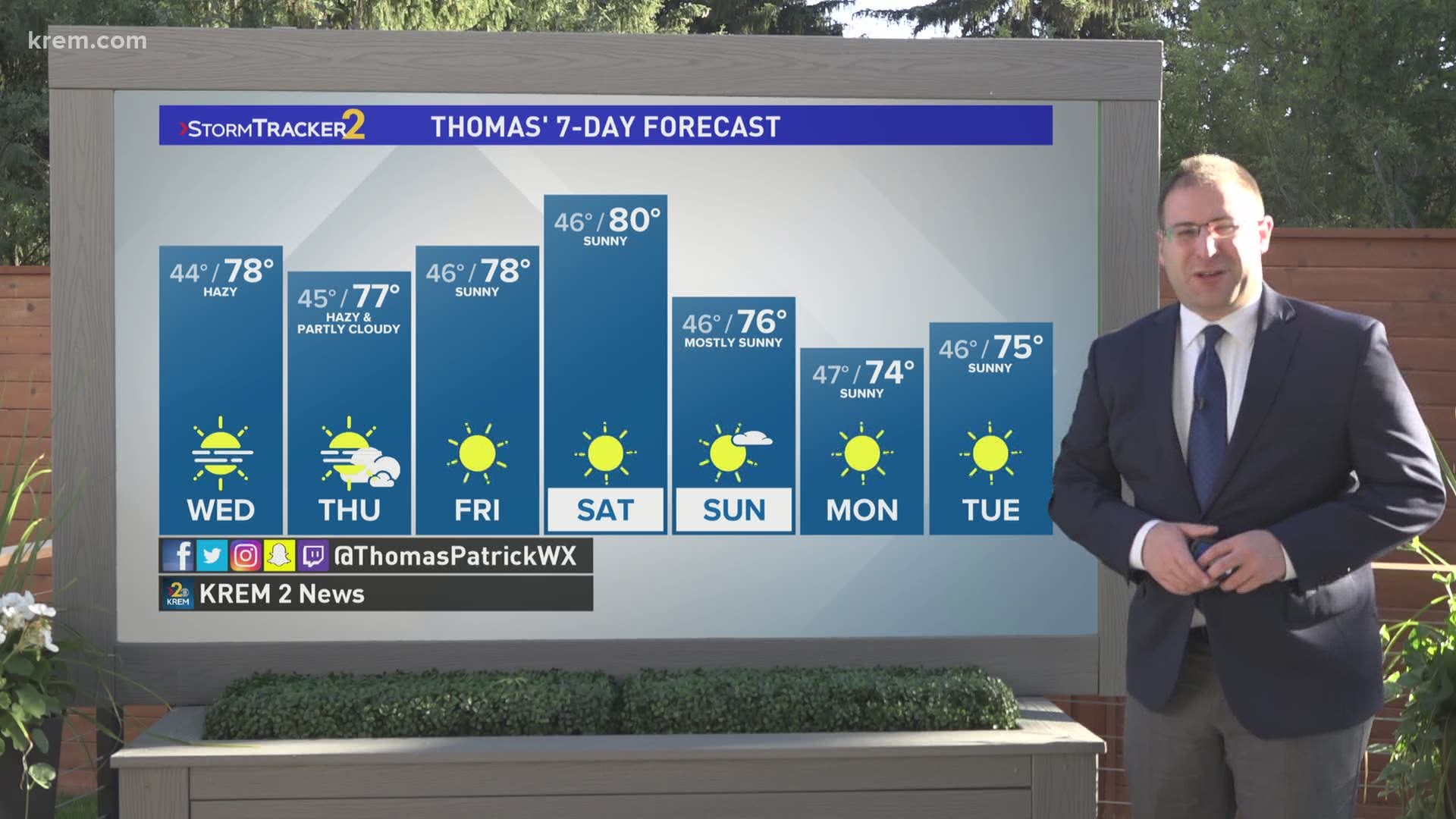 SPOKANE, Wash. — Wildfire smoke returned to Washington as of Wednesday morning over Seattle at first. And then Thursday, it spread to Spokane and the Inland Northwest.

Hazy skies were overcast and cause filtered sunshine during the morning. Another layer of normal cloud cover has now obscured the sun Thursday afternoon, but the forecast will be hazy at worst for Friday and Saturday.

Wildfires still burning in California continue to pour smoke into the atmosphere. Starting Tuesday, the winds were pushing a large plume of that to an area near and just off the coast of Oregon which ultimately moved into Washington.

Even though it is hazy in parts of Washington, this is absolutely nothing like it was a couple weeks ago. The air quality has been no worse than moderate in the Seattle-metro area.

The experimental HRRR smoke model shows these plumes of smoke moving into Washington through the day on Wednesday, likely resulting in smoky skies. But most of the smoke will be in the upper atmosphere and not near the surface.

As a result, skies will be hazy, but air quality will not be largely affected.

Spokane Regional Clean Air Agency, which reports the air quality index in the Spokane area, says that Thursday's AQI has been in the good category all day thus far.

The only effects this batch of wildfire smoke will have on the Inland Northwest at worst is that skies may be a hazy-white shade instead of blue, and sunsets will be a deeper orange and more colorful.

The week after Labor Day, a significant amount of wildfire smoke from fires burning all along the west coast pushed into the Spokane area starting Sept. 12 and lasting through Sept. 18. The air quality was listed between "unhealthy" to "hazardous" every day. But that amount of smoke was enormous and on the ground layer of the atmosphere, the part where we breathe the air.

But the forecast this week is for all of that smoke to stay in the upper atmosphere and will not affect our air quality.