Thunder, snow and rain were all in the forecast for Tuesday. 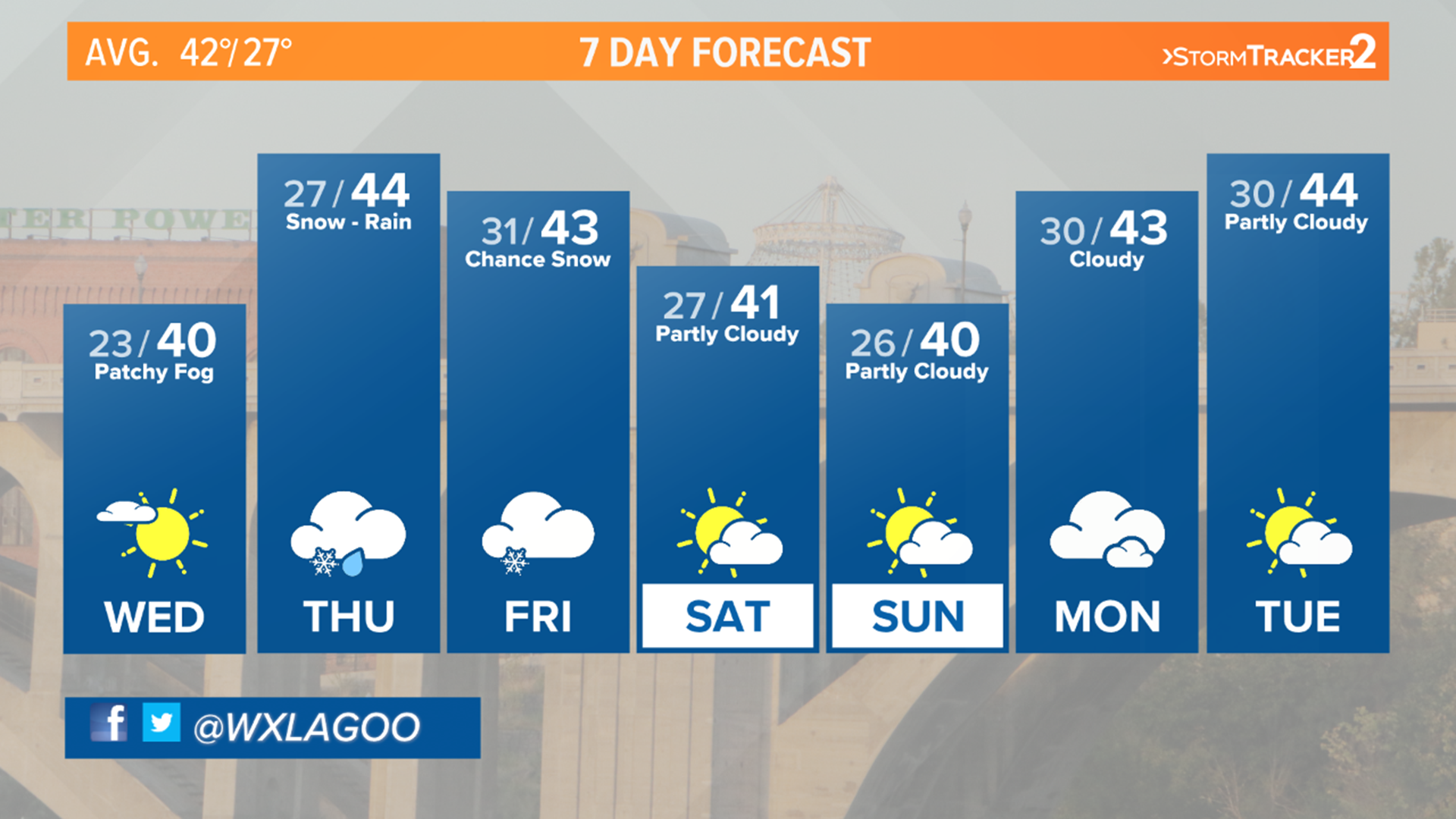 SPOKANE, Wash. — Tap here for the most recent weather update.

The potent cold front responsible for the wind across the Inland Northwest moved through late Monday, bringing gusts as high as 45 miles per hour to Spokane. As the front exited the region, winds are died down across Spokane.

The region saw gusts near 20 miles per hour Tuesday. Despite the calming wind, avalanche danger remained in the Northwest's weather forecast.

In the Cascades, strong wind, warm temperatures, and rain and snow are caused high avalanche danger. An avalanche warning was in place for the Cascades through 6 p.m. on Tuesday. Extreme avalanche danger in the mountains led to the closure of Stevens, Snoqualmie and White Passes on Monday.

In Northern Rockies, an avalanche warning was in place until 7 a.m. on Wednesday. Heavy snow and wind loading in the mountains and an unstable snowpack prompted the danger.

As the cold front moved out, we had very cold air aloft. That created high lapse rates with our temperatures near 40 degrees on Tuesday afternoon.

Those high lapse rates mean the storms will be more intense. In lower elevations, precipitation likely starts as rain and transitions into snow quite quickly. There might even be a rumble of thunder as the showers start.

THUNDERSNOW - Radar picked up on lightning from a snow squall over Colfax, WA just after 2:30pm this afternoon. Be sure to share any weather pics if you have any of the snow or clouds! #KREMweather pic.twitter.com/tPme2wEIkQ

The doppler radar picked up on some thundersnow near Colfax just after 2:30 p.m. Tuesday afternoon.

The National Weather Service's Spokane office warned drivers about the potential for snow squalls across portions of Eastern Washington and the Central Idaho Panhandle on Tuesday afternoon. Conditions can change rapidly and roads can become extremely slick during a snow squall, NWS said.

A snow squall resulted in one of the worst car crashes on I-90 in Washington history back in November of 2019.

Wednesday offers a much-needed break in the action. A quick ridge of high pressure will bring about a round of sunshine and calm conditions. But enjoy it while you can because showers are back in the forecast on Thursday.