Spokane will easily see more rain this week than the past three months combined as the fall season gets underway. 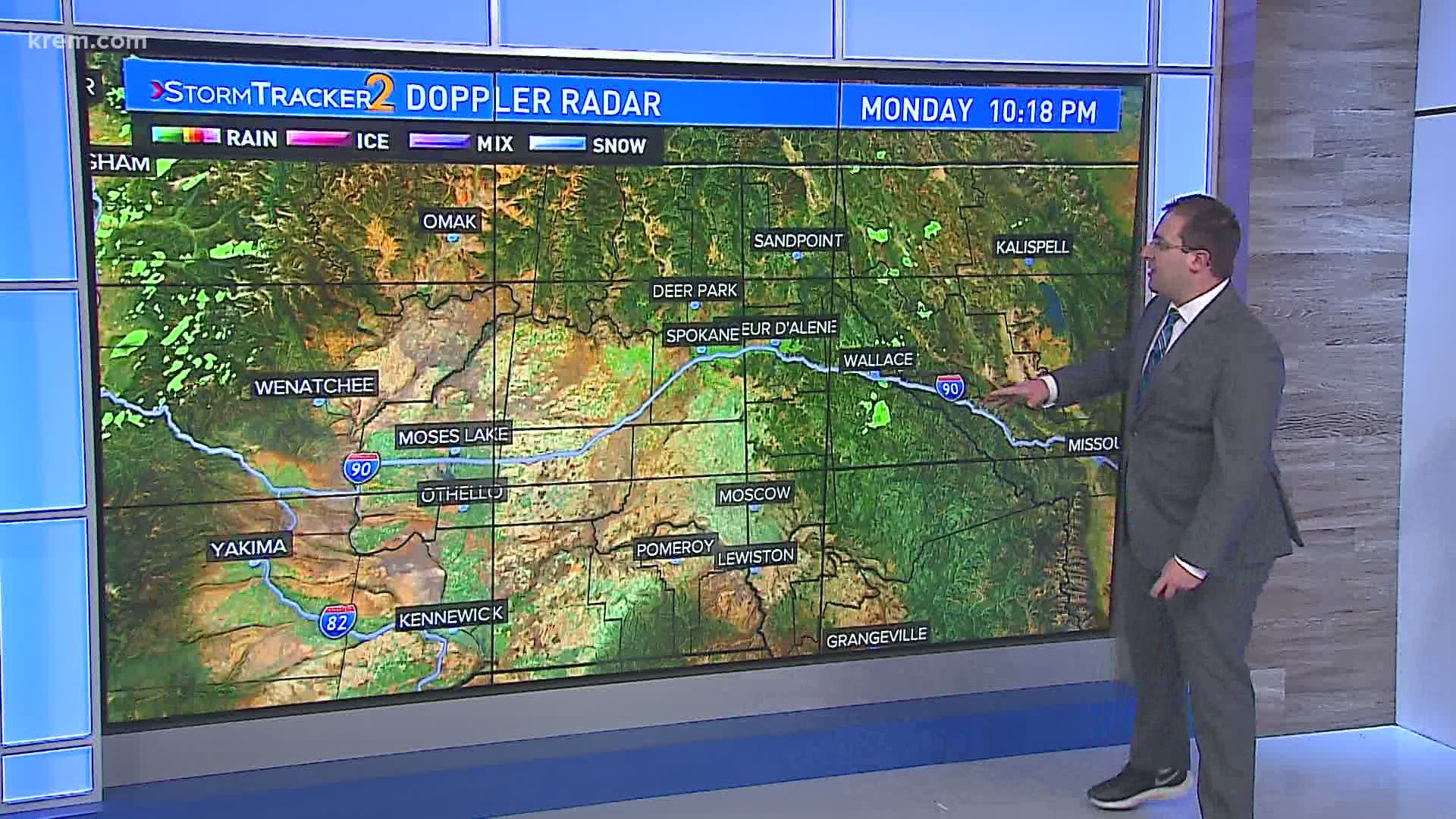 SPOKANE, Wash. — The fall rain is here! A full fledged wet weather pattern gave Spokane and everyone in the Inland Northwest rainfall Wednesday night and morning rain is on the way before the week is through.

The first wave of rain ranged between light accumulations for the Paluose, to a half-an-inch soaking near Grand Coulee. Spokane officially picked up 0.18" of rain, which is almost as much as what we got during the entire summer season.

This was just the first piece of a large and expansive weather system pushing through the Pacific Northwest. The system itself is so moisture laden that it was able to push through the usually rain shadow of the Cascades to deliver much needed rain to areas on what is known as the lee-side of the mountains. But that also means the west slopes of the Cascades are seeing several inches of rain.

Oregon is incredibly excited about the rainfall from the past 24 hours. Between 1 and 2.5 inches of rain fell on the large and devastating fires in the Cascades.

Here's the 24 hour rainfall totals from the Pacific cold front. Heavy rain in the Cascades, with moderate rainfall from #Colville down to #Ellensburg. #wawx #idwx pic.twitter.com/bTDi4dTkMm

On to the next wave of rainfall, Spokane is expecting to see more rain primarily during the afternoon hours Friday. The window for rain will be as early as 5am Friday until 9am Saturday at the latest. But the most likely time for rain will be around 11am to 5pm Friday, near the center of that time range.

Another couple of tenths of an inch to a half and inch of rain is likely to fall on Friday, which will also be a windy day. Wind gusts are expected to range between 30-40 mph during the afternoon hours.

This should bring this week's rainfall totals to about 1/4 to 3/4 of an inch. Areas in North Idaho and northeastern Washington will get the most rain overall, potentially around 1 to 2 inches.

This is not usual for a summer weather system. This is very much the beginning of the fall weather pattern for the Inland Northwest, which starts to feature more rainfall in the coming months.

Over the past three months, since June 21, Spokane has only received 0.22 inches of rain. Pullman has received 0.63 inches of rain, Omak received 0.28 inches, and there's been no measurable rainfall in Wenatchee at all since the same date.

In other words, many cities may get more rainfall in three days than the past three months.

The rain on the way this week (Wednesday to Saturday) will be more than what we've seen the past 3 months combined! #KREMweather pic.twitter.com/9XQzNvP776

Flooding will not be an issue as the rain will be light and steady enough for the region. Some minor burn scar flooding would be the worst of any rain implications.

Burn scar flooding is flooding that occurs in areas that have been recently hit by wildfires, as the charred ground can no longer absorb any rainfall. This includes wildfire burn scars from the past 5 years, not just the new wildfires from this past month.

Other fall weather headlines to look for in the coming weeks: Fall Foliage, which peaks around early to mid October and the first frost is around October 5th in Spokane.

RELATED: Fall begins on Tuesday! Here's how you can celebrate the season around Spokane

RELATED: Here's what you can do in Green Bluff this fall amid the coronavirus pandemic