Why earthquakes in Idaho are more common than you might think

While Tuesday's earthquake in Central Idaho was one of the largest in its history, geologist say it's not uncommon for them to happen in the region. 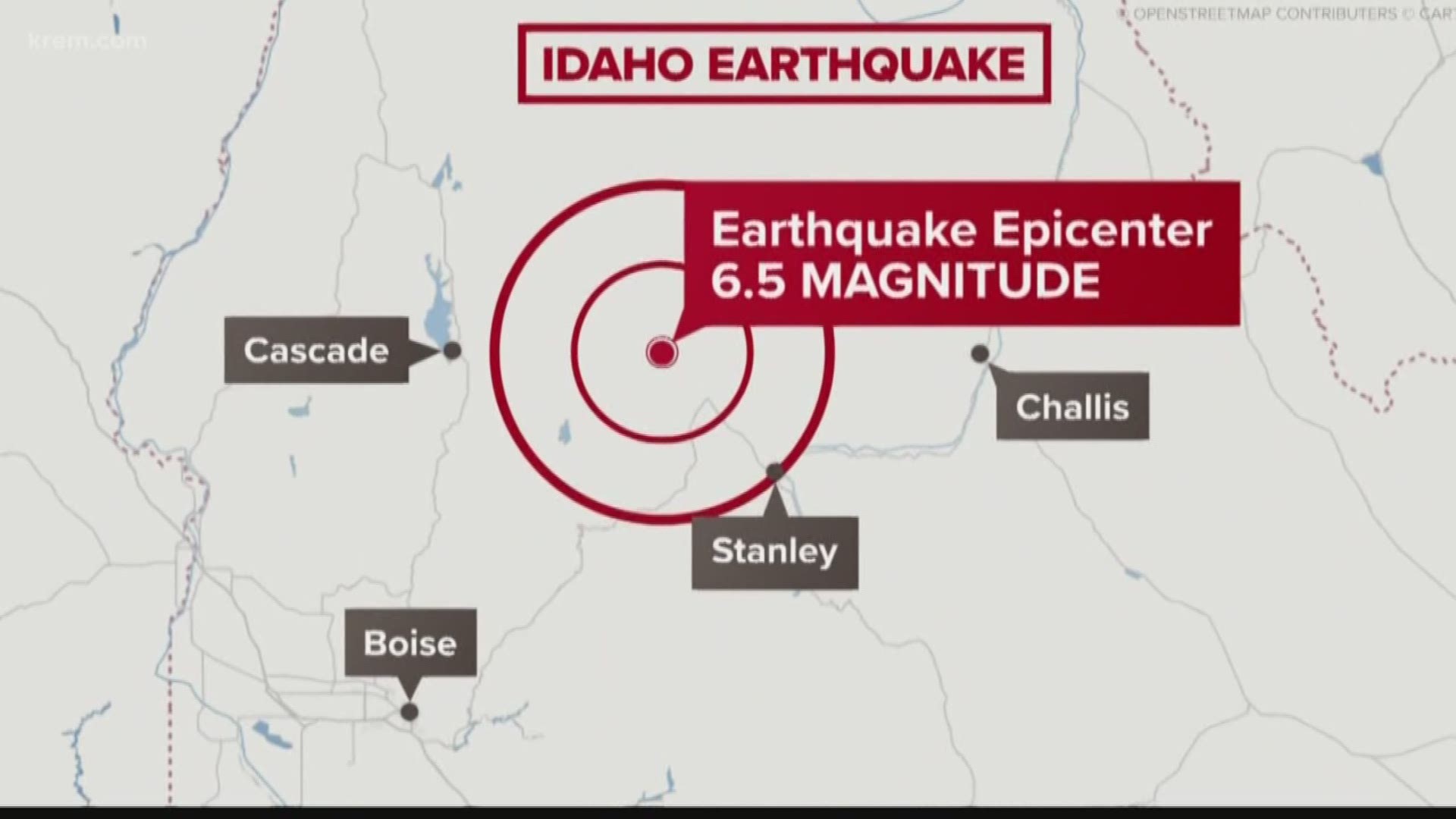 SPOKANE, Wash. — It had been nearly four decades since the last major earthquake in Idaho. Thenn on Tuesday, a 6.5 rattled Central Idaho and many parts of the region, including Spokane.

Most probably think of places like California as areas that have more frequent earthquakes, but geologists say Idaho has many small ones that you might not feel.

"Certainly ones of this magnitude are not that common, or don't come along all that often,” said Sean Long, an associate professor with WSU's School of the Environment.

Long said Idaho has many active faults. Several of them are extending the crust, in other words making Idaho progressively wider. Idaho is in the Basin and Range Province, a region where other states are growing wider east and west.

RELATED: Idaho earthquake explained: What made this quake so unusual?

"Nevada and Utah are growing wider to the east and west, slowly, over the last 15 million years or so. Every now and then we get a decent sized earthquake on one of these faults that are helping accommodate that extension,” Long explained.

While the west coast is being pulled north and compressed, it creates a rotational effect east to that part of Idaho. Instead of being squeezed it is actually being stretched and expanded.

This isn't the first significant earthquake Idaho has experienced. Back in 1983, a 6.9 earthquake struck. The event that happened on Tuesday did not cause much damage, as it happened in a very remote area near Challis.

"The amount of energy released in these can travel a long way and result in significantly diminished shaking,” Long said.

All over the region people reported feeling the quake, including here in Spokane. While Eastern Washington isn't as prone to earthquakes, it doesn't mean we don't experience them.

"So around Spokane, most of what you're going to experience is, you will experience earthquakes but they'll largly be from neighboring regions so get the sort of milder shaking or rolling sensation like you experienced this week,” said Austin Elliott, an earthquake geologist with the United State Geological Survey.

Elliot said this is not a sign that the big one is coming rather, but instead is a good reminder that earthquakes do happen here.

After shocks near the epicenter of an earthquake are normal and they're usually not as big but can happen for several more days.