Icy road conditions have caused numerous closures and crashes have been commonplace across the metro area Thursday morning. 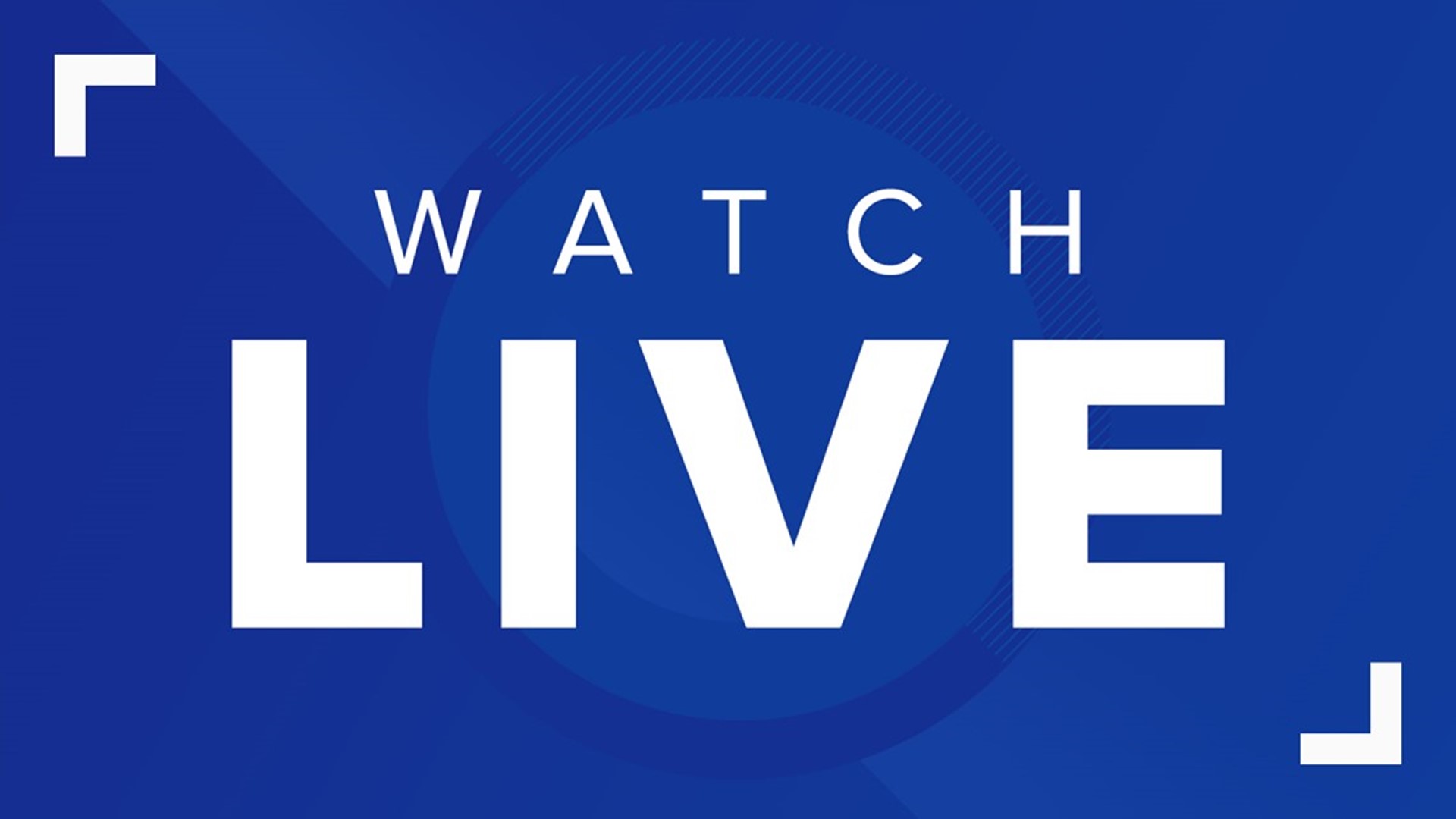 DALLAS — This story will be updated continuously on Feb. 11.

With wintry weather moving in, a number of roadways have seen bad accidents, prompting the closure of certain highways and canceled classes for students in some school districts.

A Winter Weather Advisory was extended to most of North Texas until noon Thursday.

Here are some of the biggest impacts as of 8:15 a.m. on Thursday:

RELATED: Get the up-to-date forecast here

As of Thursday morning, roadways across the Dallas-Fort Worth area were seeing ice and freezing rain in places. Drivers should proceed carefully or wait to travel, if possible.

Fort Worth police told drivers involved in minor accidents with no injuries to exchange information and continue on safely. Drivers can notify their insurance when they reach their destination, officials said.

Around 6 a.m. in Fort Worth, MedStar said it was responding 10 simultaneous crashes on area highways and recommended people work remotely if possible. As of 5:20 a.m., there have been more than 130 major accidents in Dallas since 10 p.m., officials with Dallas Fire-Rescue said.

Overpasses and bridges are the most likely to have ice, but icy patches have been reported in other areas.

As of 8:06 a.m., eastbound Interstate 30 was shut down from Broadway to George Bush due to weather-related accidents.

Southbound LBJ Freeway was also shut down due to 18-wheeler across the roadway; northbound has 18-wheelers stalled

A Dallas Sheriff’s Deputy was working an accident, when his squad car became part of the scene. Fortunately, the deputy is ok, but this stresses the need for everyone to SLOW DOWN ... for yourself and for others!! pic.twitter.com/efjiXcV9Kj

US 75 closed in one direction in Richardson

As of 8:07 a.m., northbound US 75 and the southbound HOV lane is closed due to accident and a fuel spill. The divider wall was also damaged. Drivers must exit Arapaho Rd.

US 287 closed in one direction in Arlington

Pileup on northbound I-35W at 28th Street in Fort Worth

A major pileup crash on Interstate 35W involving multiple 18-wheelers and a number of other vehicles closed the freeway in both directions, officials said. Multiple people were trapped and emergency crews are working to reach them.

MedStar told WFAA they have a number of patients from the pileup crash but cannot move them from the scene. An 18-wheeler has the road blocked and traffic has them blocked in from behind.

Multiple people killed in separate incidents on I-45 in Dallas

The first fatal crash happened around 11:15 p.m. Wednesday at Lamar Street. At least one person died in this crash, police said. The second happened around 1 a.m. at Illinois Avenue, killing two people and leaving one person in critical condition. Police do not yet have any additional information but said both scenes were still active as of 5:15 a.m.

Northbound I-35W at Western Center in Fort Worth

This stretch of highway has been closed due to icy conditions and crashes, MedStar officials said. They are urging people to avoid going out on the roads, saying conditions are "dangerous."

The highway was completely blocked as of 5:10 a.m., according to TxDOT.

Eastbound lanes were shut down as of 4:30 a.m. on I-30 at Henderson Avenue in Fort Worth due to a severe crash, TxDOT reported.

Northbound I-45 in Navarro County closed after semi-trailer jackknifes

A semi-truck jackknifed overnight at milepost 230 on northbound Interstate 45 overnight, county officials said. Another semi-trailer then crashed into it, closing all northbound lanes.

Multiple accidents on northbound US 75 in McKinney

TxDOT is working to sand the roadway.

Multiple incidents on eastbound I-30 near Lake Ray Hubbard

TxDOT officials were reporting multiple overnight incidents on a section of eastbound I-30 near Lake Ray Hubbard stretching from Bobtown Road to the Lake Ray Hubbard Bridge. The first incident was reported around 2 a.m. with the latest at around 4:15 a.m.

Vaccines and other public services

Dallas County Judge Clay Jenkins has confirmed the COVID-19 vaccine drive-thru site at Fair Park in Dallas will be closed Thursday. The operation closure is due to icy roads, according to Jenkins.

After conferring with the National Weather Service, due to deteriorating weather conditions that will keep roads icy into the afternoon, @fairpark VACCINE OPERATIONS ARE CANCELLED TODAY.

Morning classes at Plano Parks and Recreation centers have been delayed until 10 a.m. due to the weather.

In addition, Texas Health Resources has canceled its COVID-19 vaccine clinic that was supposed to take place at Sam Johnson Senior Center.

Due to inclement weather, the food pantry will be closed Thursday.

Denton County is canceling the vaccine clinics that were originally scheduled for Thursday due to the weather.

“We do not want to bring our residents out on icy roads or have our crews and volunteers working in below-freezing weather,” Judge Andy Eads said.

Parkland sites to close Thursday through Monday due to weather

Parkland, which operates sites at Ellis Davis Field House and Eastfield Community College (Mesquite) will be closed Thursday, Feb 11 through Monday, Feb. 15 due to the extremely cold weather.

Patients who have an appointment for a COVID-19 vaccine, first or second dose, at Ellis Davis or Eastfield on these days, should instead go to Parkland Memorial Hospital at 5200 Harry Hines Blvd., Dallas 75235 at their scheduled vaccine appointment time and date.

Remember to download the WFAA app to check one of our dozens of local radars near you as well as the latest forecast, cameras and current conditions.

Here is what some of the larger districts have decided to do for Thursday.

Check a full list of all delays and closures here.

Major districts that have canceled classes