A big thaw after record snowfall is raising the threat of urban flooding across Puget Sound. 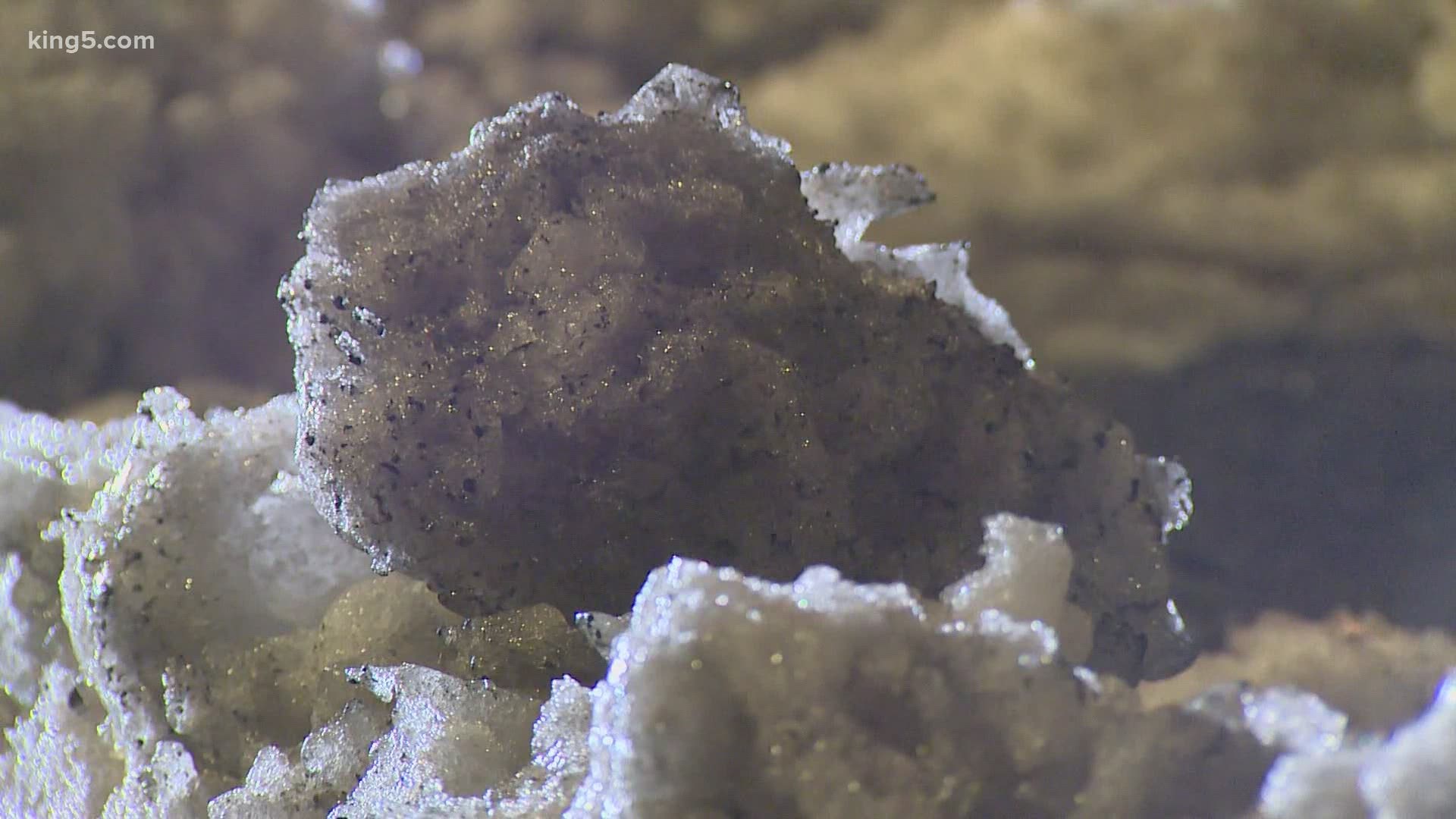 SEATTLE — Rain has returned to the Puget Sound lowlands as temperatures are on the rise. The big thaw comes after record snowfall over the weekend, with more than a foot in parts of western Washington.

Snow levels are back up to 2,500 feet. Temperatures will be in the low to mid-40s on Tuesday.

Storm drains may be clogged from snow and ice, which could lead to urban flooding.

Snoqualmie Pass is closed in both directions overnight from North Bend to Ellensburg, due to multiple collisions and avalanche danger. I-90 will be closed until at least 8 a.m. Tuesday, according to WSDOT.

UPDATE: I-90 is now closed in both directions from MP 35 near North Bend to 106 near Ellensburg due to multiple collisions and avalanche danger. No ETA at this time.

The National Weather Service (NWS) issued a Winter Weather Advisory for the Cascades of Snohomish, King, Pierce and Lewis counties until 6 p.m. Tuesday.

Warmer air will continue to move in Tuesday, keeping snow levels up to 2,000 feet. Rain showers with morning fog will be the theme for much of this week before some sunshine returns Wednesday. 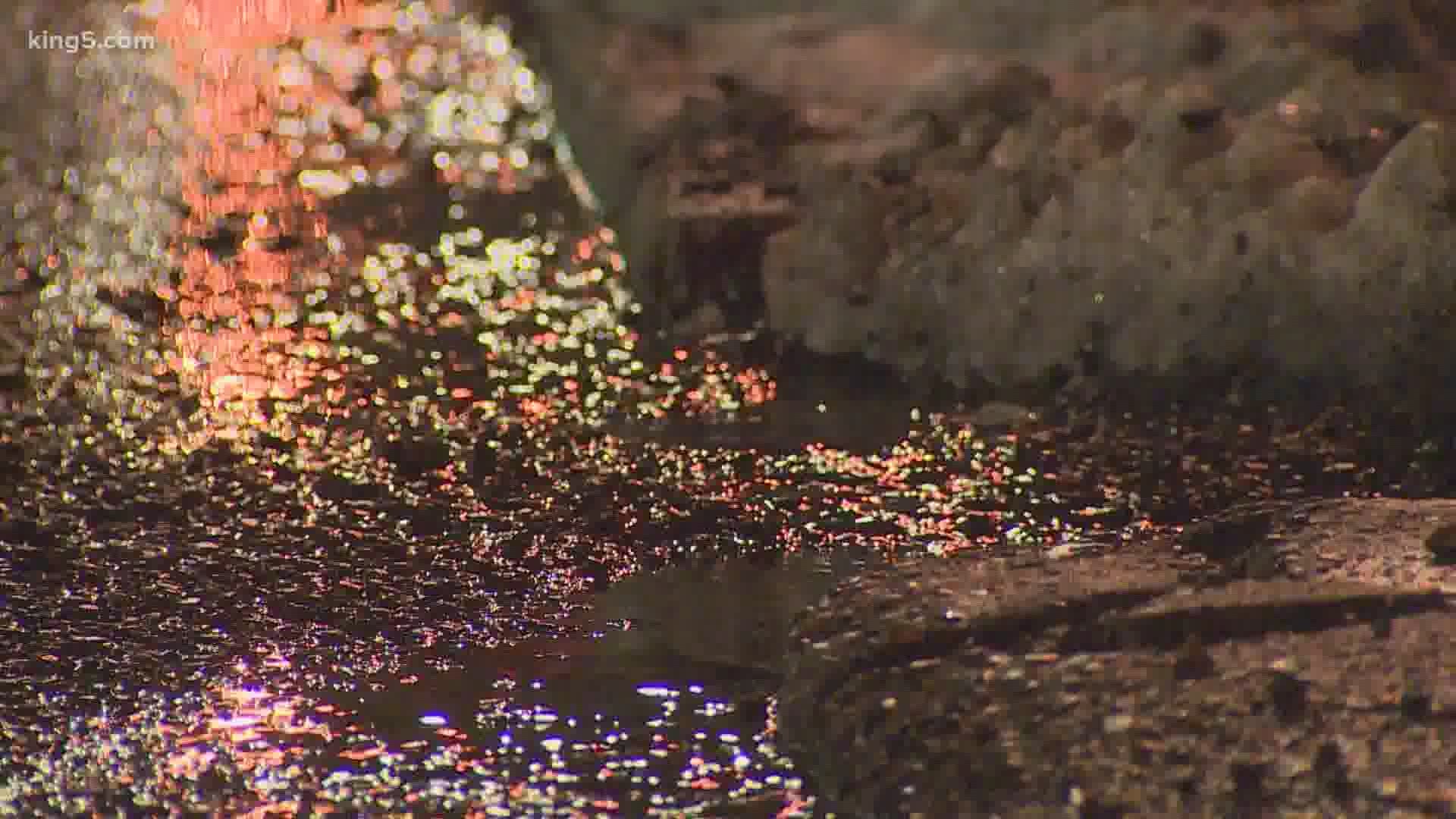 Seattle snowstorm by the numbers

Seattle received 8.9 inches of snow Saturday, which set a snowfall record for Feb. 13. The south Sound saw more than a foot in places.

The National Weather Service said the last time Seattle had more than 8.9 inches of snow in a single day was on January 27, 1969 when 14.9 inches were recorded in Seattle.

More than 300 flights were canceled at Sea-Tac Airport Saturday, in addition to dozens of delays into and out of the airport. Travelers should check with their airlines for delays and cancellations.

Preliminary 24-hour snowfall reports from areas that received a foot or more of snow on Saturday:

Bellevue: up to 12 inches 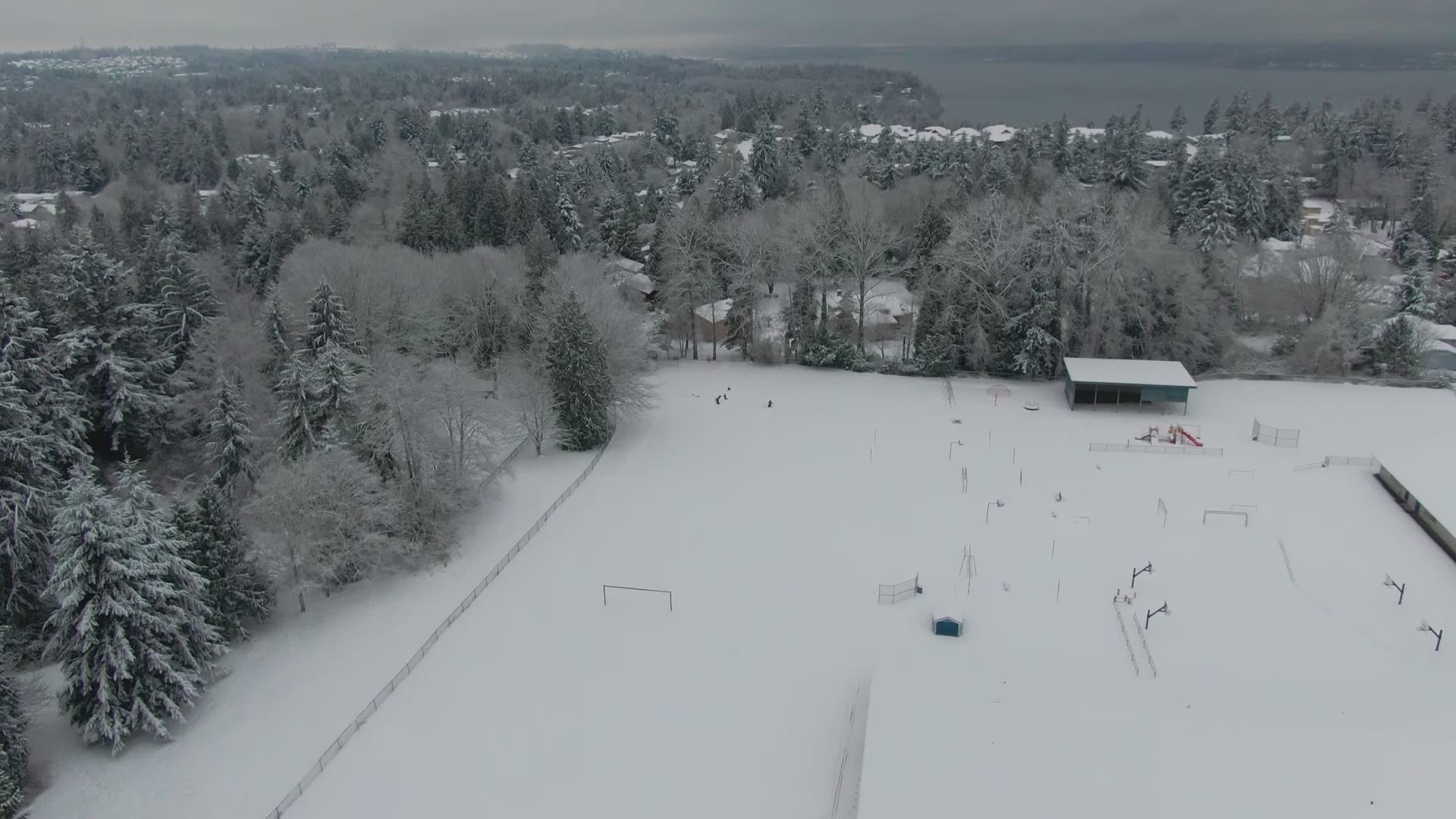