The recipe for snowfall in Seattle

There's a reason it doesn't snow much in Seattle. Here's the recipe for snowfall in the city. 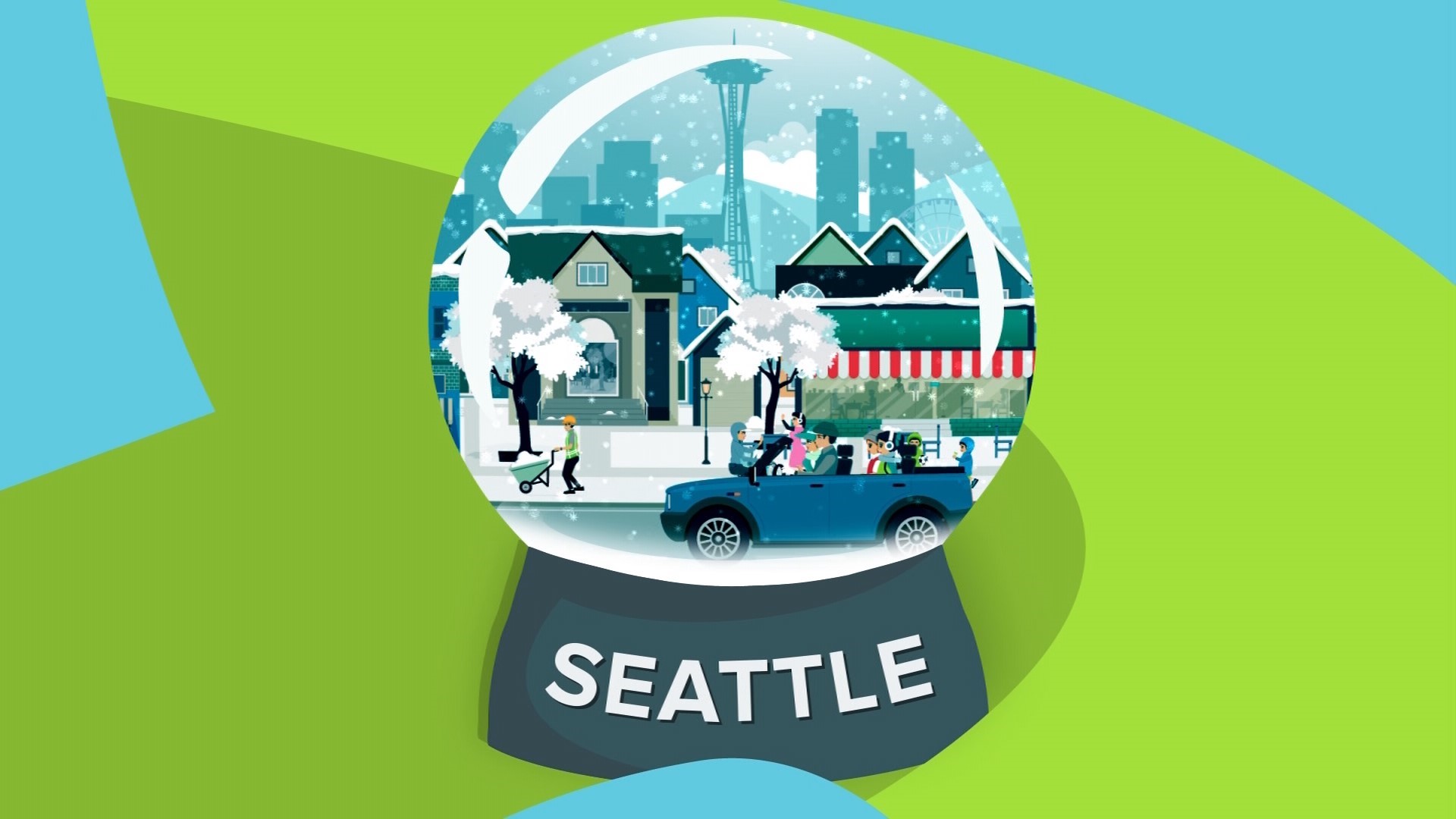 Snow and Seattle. It's a relationship celebrated by some, but dreaded by others.

It actually takes a perfect cold weather recipe to see snow in Seattle, which starts with the large bodies of water surrounding Western Washington. In the winter, the Puget Sound and the Pacific Ocean sit around 48-52 degrees. That makes it really difficult for places nearby to reach the point of freezing at 32 degrees.

So in order for snow to form, we look for help from the Fraser River outflow.

Interior British Columbia experiences sub-freezing temperatures due to the two large mountain ranges helping separate interior B.C. from coastal B.C. We need to tap into that in order to help snow fall around Puget Sound.

As high pressure build over British Columbia, and low pressure builds over Puget Sound, we get a vacuum effect that can pull winds at up to 80 mph through the Fraser Gap and whip it into place near Bellingham, the San Juans, and even down to Seattle.

When this cold air moves into town, snow is more likely to fall in your neighborhood.