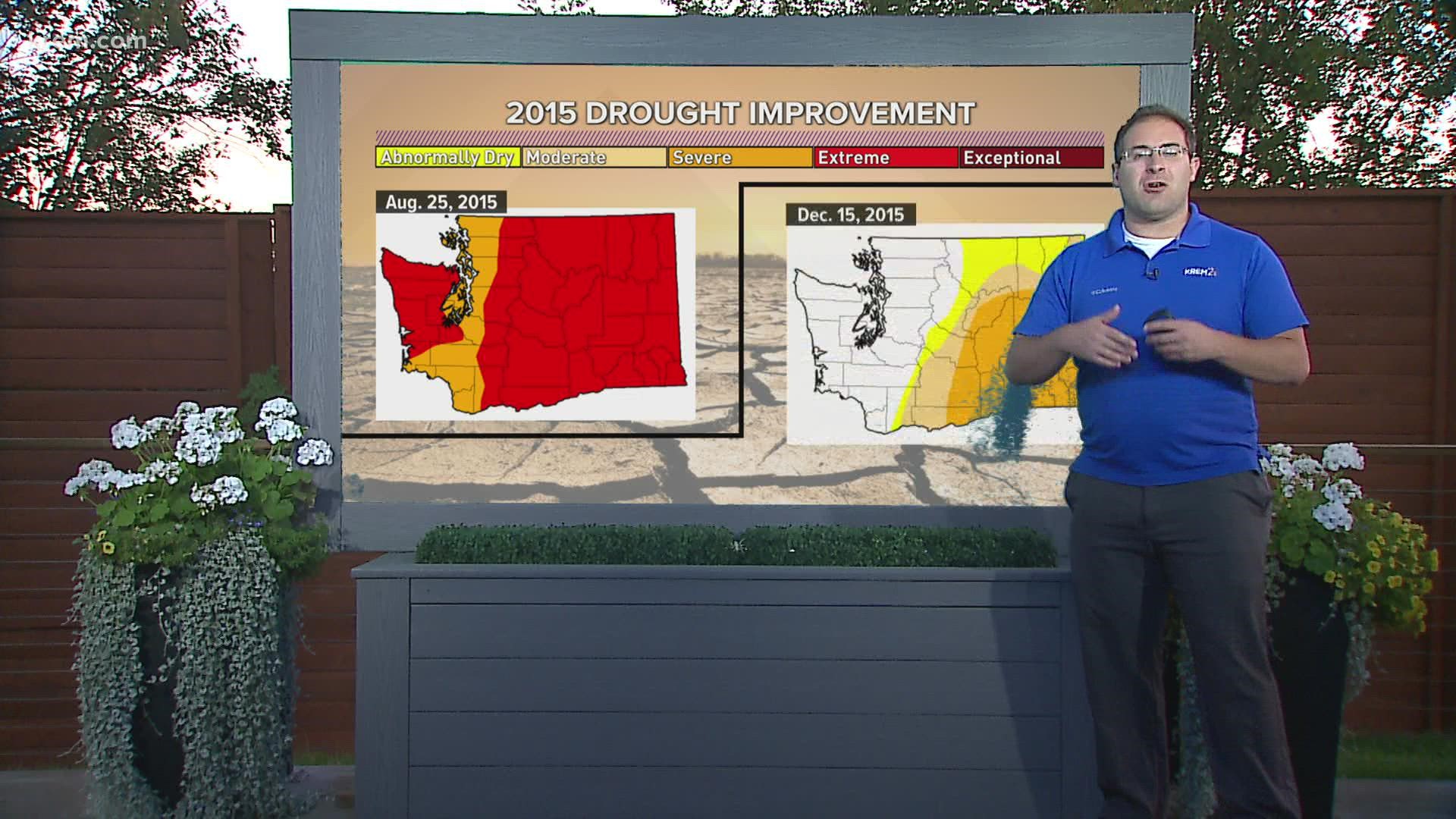 The improvement was most seen in Northeastern Washington, where parts of Pend Orelle and Stevens counties went from "exceptional" to "extreme", a one category reduction in the drought monitor. Spokane, however, is still under an exceptional drought.

This is likely a result of a couple fall rainfall events seen this month: the first on Sept. 10 and the most recent on Sept. 18. Spokane has picked up nearly seven-tenths of an inch of rain in these two events, making September the rainiest month since January.

The U.S. Drought Monitor, the leading source of drought information and severity across the U.S., is released every Thursday. There are four categories of drought, going from moderate, severe, extreme and exceptional.

Drought improvement is always seen in the fall and winter months across the Pacific Northwest. Before this year, Spokane's worst drought occurred in 2015 and it took about five months, until late January, from the peak of the drought to be removed.

More fall storm systems and rainfall across the Pacific Northwest will help, such as those in the forecast for early next week. Spokane is expecting a light rainfall on Tuesday, Sept. 28.

Looking ahead toward winter, La Niña conditions are likely again which typically favor wetter than average conditions. Last year was a La Niña winter, and while it wasn't as cold as predicted, enough snow and rain fell to give most of the state a clean slate.