Sunshine and 70-degree temps are in Spokane's weekend weather forecast 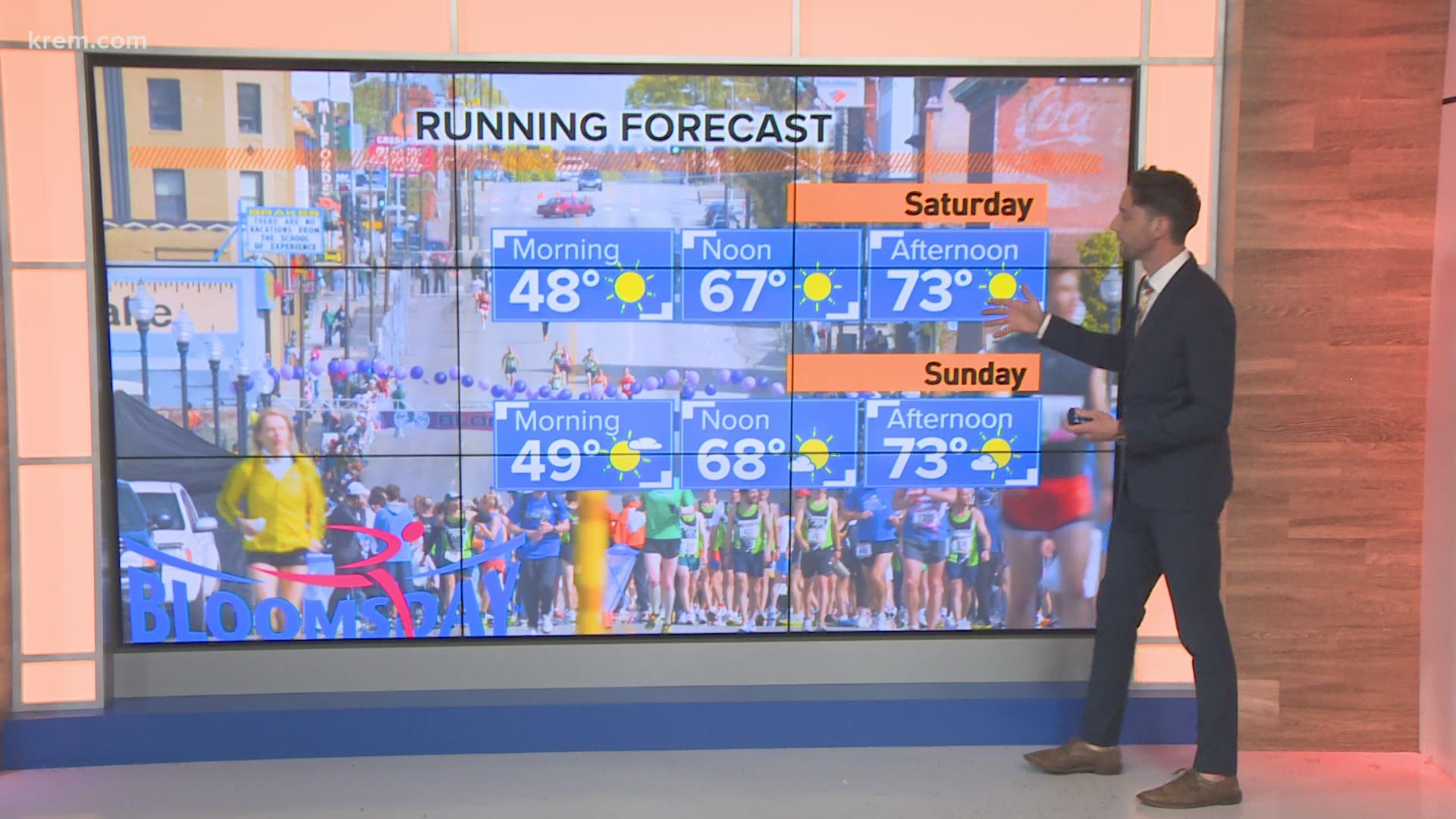 SPOKANE, Wash. — A warming trend is in the works and the next few days will be the warmest we’ve seen in Spokane this year. Temperatures will continue to climb into the weekend, with highs in the 70s.

All of that warm weather comes thanks to a somewhat unique weather pattern setting up in the atmosphere high over our heads. It’s what is known as an omega block. It’s a type of high pressure system that really doesn’t move, hence the block in the name. The omega part of it comes from the shape the jet stream takes in the atmosphere high overhead.

A ridge of high pressure that doesn’t go anywhere is one of the most efficient ways to build lasting heat, especially once we get those higher sun angles of spring and summer.

Until our recent push of warmer weather, the warmest day of the year in Spokane was 64 degrees on Wednesday. Before that we’ve been in the low 60s a handful of times, some of those with clouds and wind.

Saturday will most likely mark Spokane's first 70-degree high temperature of the year. The forecast for that day is a balmy 72 degrees with plenty of sunshine and light wind. To make that even better, Sunday looks to be very similar.

Even as a cold front moves through late Sunday into Monday, most of the Inland Northwest will stay sunny and warm through next week. A few showers will take place overnight Sunday into Monday in far northern locations and high elevations.

Spokane will stay sunny, temperatures will fall by about 10 degrees from Sunday into Monday as wind picks up. The next chance of moisture returning to the Inland Northwest doesn't arrive until the end of April.