Warmest day of 2021 so far for Spokane arrives on Thursday

Highs will be in the 70s and 80s on Thursday across the Inland Northwest. 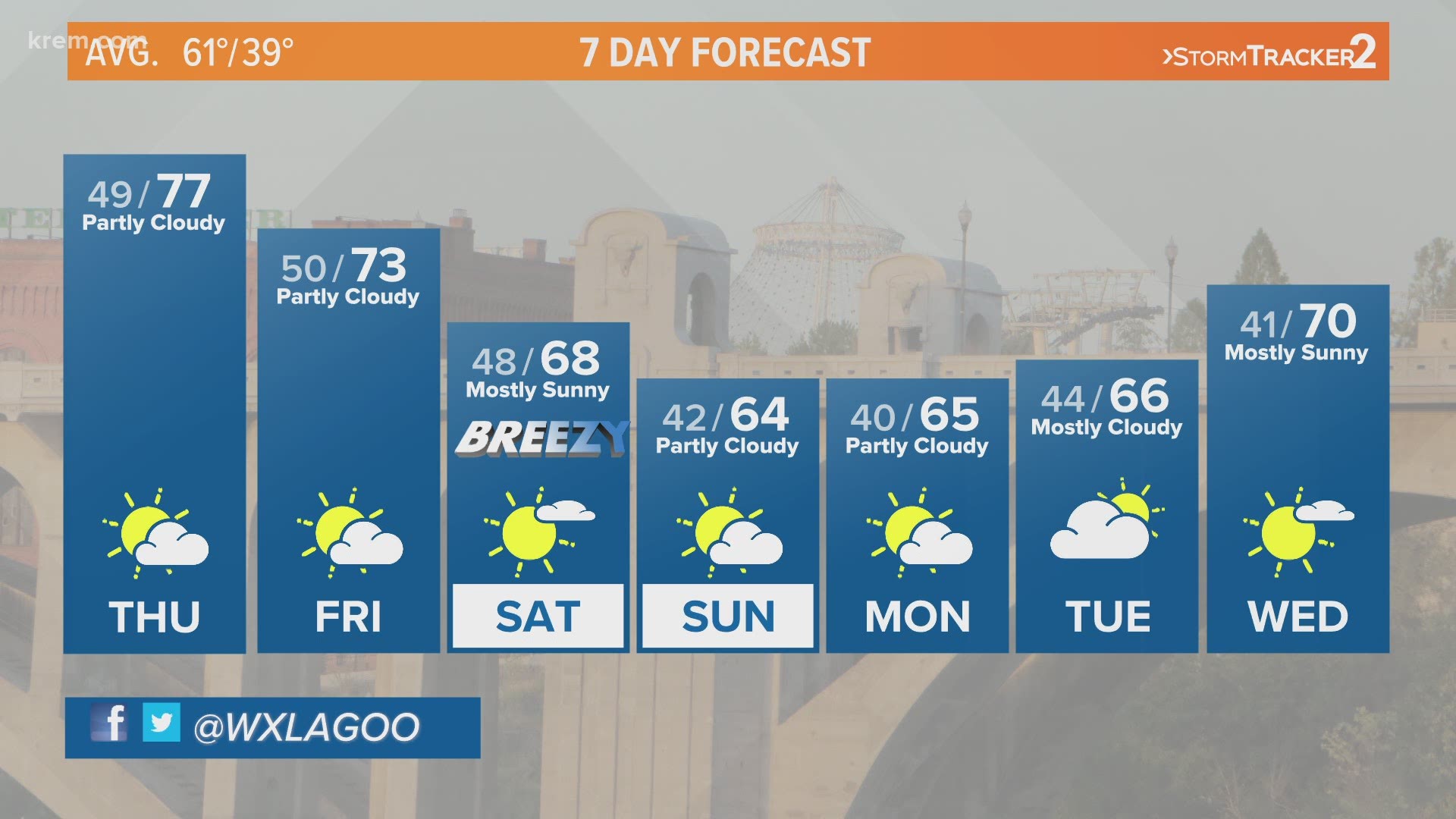 A dirty ridge of high pressure is responsible for this round of warm weather. What makes it dirty is the cloud cover that comes with the warm temperatures. A great way to describe it is an atmospheric battle taking place overhead. The ridge is fighting a stream of moisture coming in from the Pacific. That stream of moisture would bring rain if it weren’t for the ridge. What winds up happening is we get a mix of both. It’ll be warm with clouds in the sky.

Thursday started out warm. In Spokane, the morning low temperature of 51 degrees was the warmest we’ve seen all year. It was the first morning that stayed above 50 degrees for much of the region. That morning warmth came thanks to clouds and light wind early in the morning.

By the afternoon temperatures will climb into the mid and upper 70s in eastern Washington and North Idaho. Spokane’s 77 degree forecast high would make it the warmest day of the year so far. Up until today, the warmest temperature we’ve seen was 75 degrees back on the 18th of April.

The average high temperature in Spokane at the end of April is in the low 60s, making 77 degrees almost 15 degrees above average. But believe it or not, the record high temperature for April 29th is a jaw-dropping 90 degrees! That long-standing record was set back in 1926.

Temperatures begin to cool on Friday. Spokane will likely be in the 70s once again before a shift in the weather pattern brings back highs in the 60s this weekend.