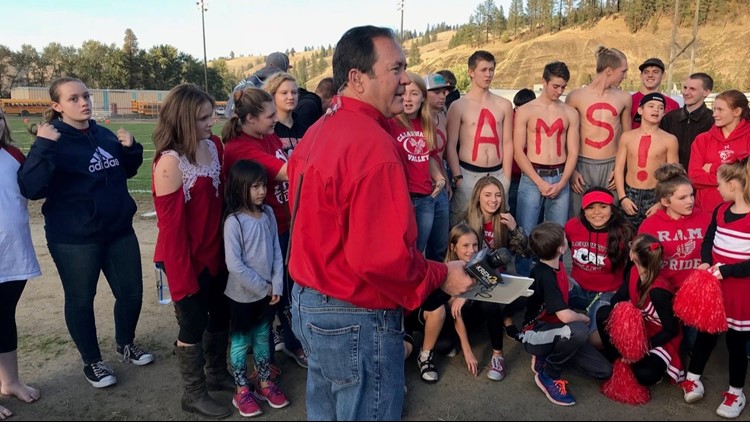 Tom Sherry hangs with students during his tailgate forecast.

Here's the schedule for the upcoming football season!

Colfax at Freeman (No vote)

Lewiston at Clarkston (No vote)