Lightning has the potential to spark wildfires in areas facing extreme and exceptional drought. 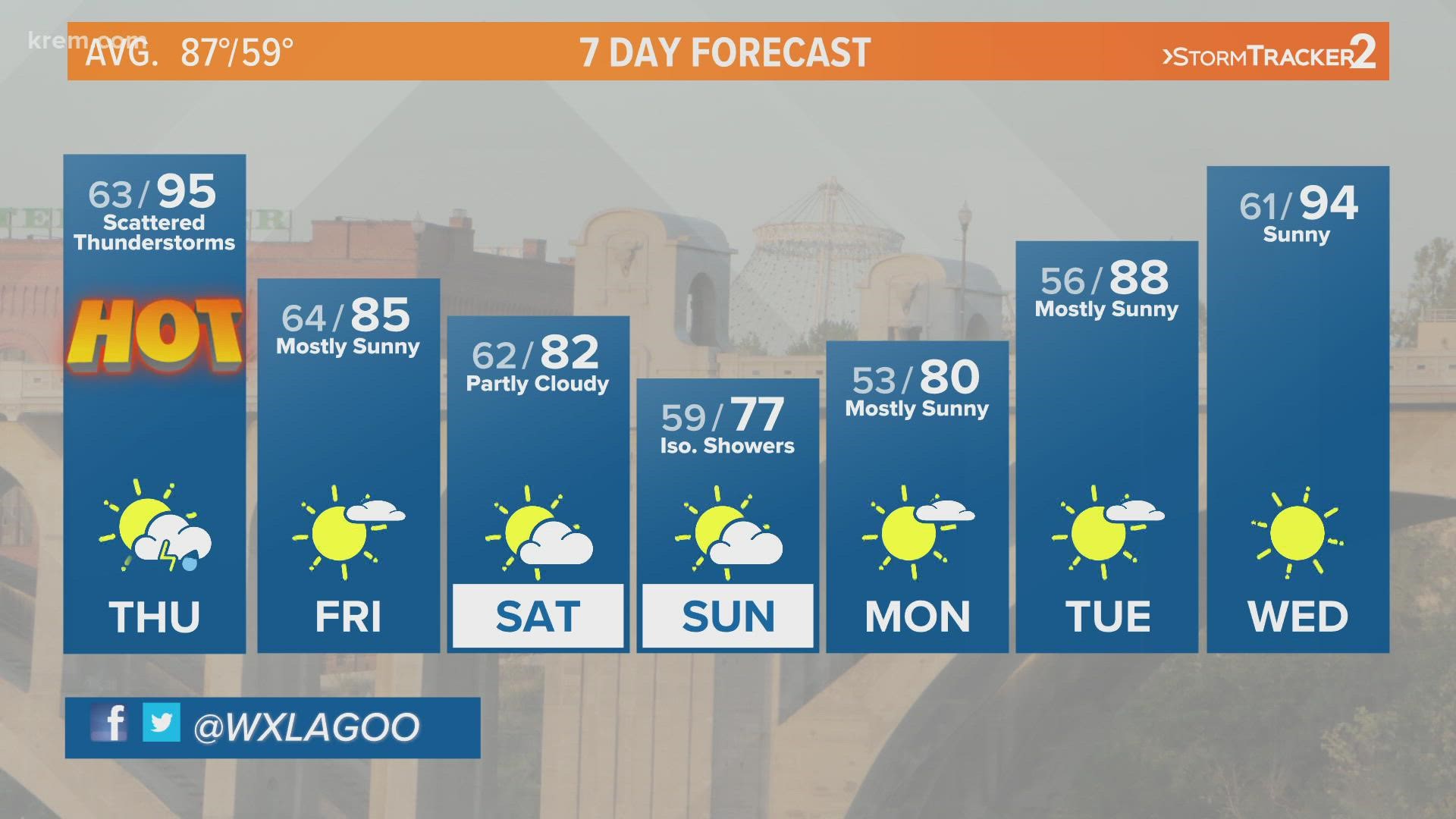 SPOKANE, Wash. — Thunderstorms are moving across the Inland Northwest on Thursday afternoon, bringing high fire danger to the area. A bulk of the activity will remain to the south and east, but a few scattered and isolated storms are lifting into the Spokane and Coeur d’Alene areas.

The storm itself is moving in off the coast of northern California. It will pass through Oregon and Central Idaho where a bulk of the activity will take place. Those locations are under a marginal threat for severe weather issued by the Storm Prediction Center. Farther North, from central Washington to North Idaho there is a risk of thunderstorms, but likely nothing severe. That includes both Spokane and Coeur d’Alene.

The National Weather Service (NWS) tweeted at about 11:45 a.m. on Thursday that isolated thunderstorms were developing around the Spokane and Pullman areas. Occasional lightning and brief heavy downpours are expected, NWS said.

The storms will start early in the afternoon in Oregon then spread across the region. The Palouse and central Idaho can expect storms to start in the mid-afternoon. The storms will last into the night before eventually tapering off early Friday morning.

Following the round of storms, cooler temperatures will start moving into the Inland Northwest. A shift in the weather pattern will bring about high temperatures in the 80s both Friday and Saturday with a break from the wildfire smoke. Good air quality is expected in Spokane and Coeur d’Alene heading into the weekend.