Peak wind gusts hit more than 60 mph in the Spokane area during the storms. 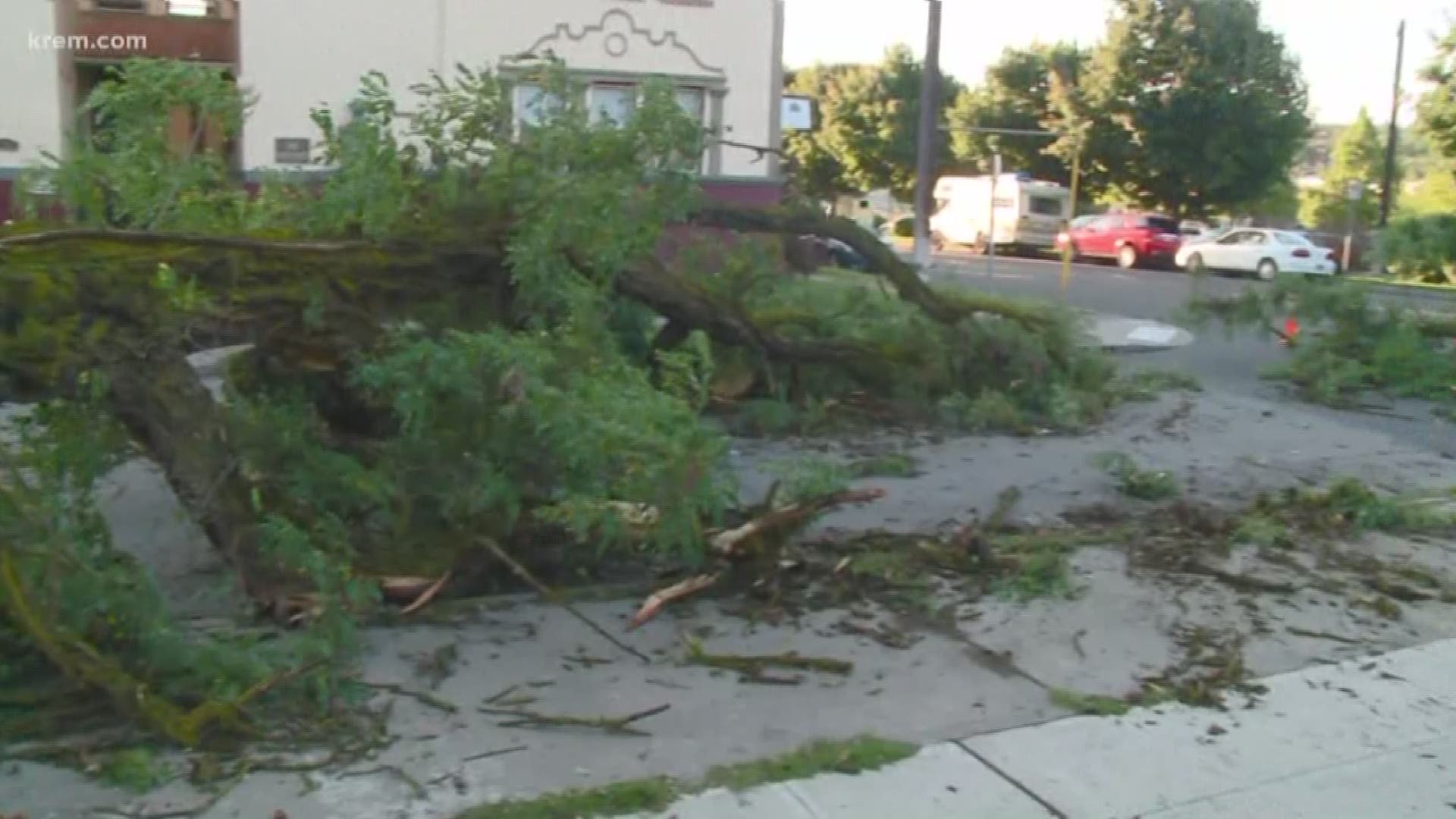 SPOKANE, Wash. — All of eastern Washington and North Idaho were under a severe thunderstorm warning on Tuesday night.

The strongest thunderstorms hit between 9 p.m. on Tuesday and 2 a.m. on Wednesday.

Peak wind gusts were higher than 60 mph on Tuesday night, with the National Weather Service reporting gusts of 62 mph at Felts Field in Spokane and 61 mph at the Spokane International Airport.

Peak wind gusts in Coeur d'Alene hit about 43 mph, according to NWS. 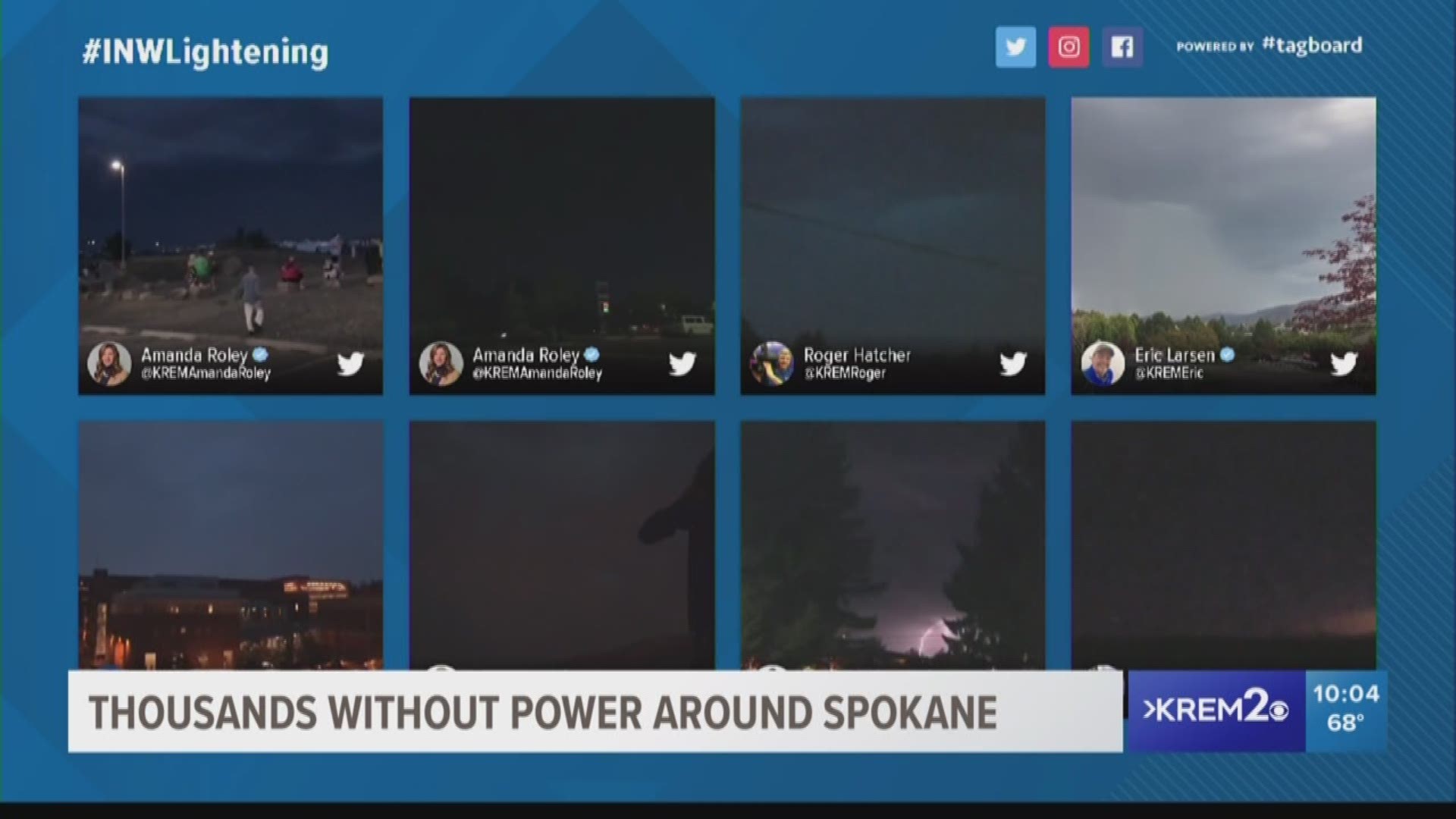 A map from Earth Networks Total Lightning Network shows a total of 28,630 cloud flashes and 3,499 cloud to ground lightning strikes in 24 hours in Oregon, Idaho and Eastern Washington.

In Spokane County, there were 297 lightning strikes.

Thunderstorms are moving out of the Spokane area on Wednesday morning but some areas of northeastern Washington are still experiencing severe weather. The National Weather Service says storms between Oroville and Tonasket will head northeast toward Chesaw through 6 a.m.

Though severe weather is ending, the cold front traveling through central Washington will provide another chance for showers and storms for eastern Washington and North Idaho through Wednesday morning.

Cooler weather is expected on Wednesday, with highs 15-20 degrees cooler than those on Tuesday.

Thousands of people across Spokane and North Idaho were experiencing power outages on Wednesday morning.

More than 10,000 power outages were issued Tuesday night but that number has since been reduced.

About 800 residents in the Browne's Addition neighborhood were still without power on Wednesday morning.

He said one uprooted tree is blocking Oak Street at Second Avenue near Rosauers.

Some traffic lights in downtown Spokane were nonfunctional Wednesday morning but they have since been restored.

Fire crews throughout Spokane County also responded to a variety of calls on Tuesday night and early Wednesday morning, including two homes that caught fire within four hours of one another in Spokane Valley. 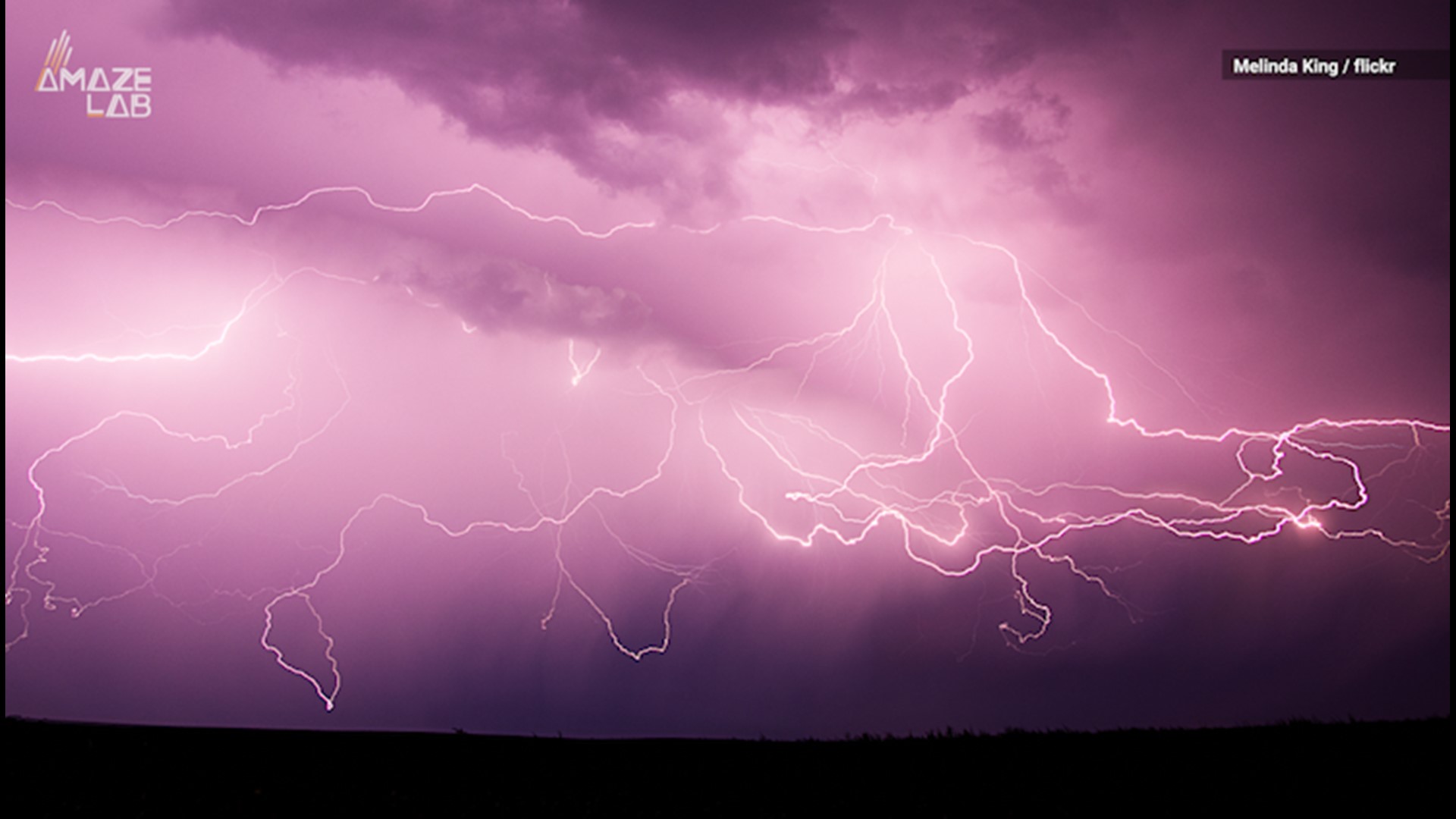 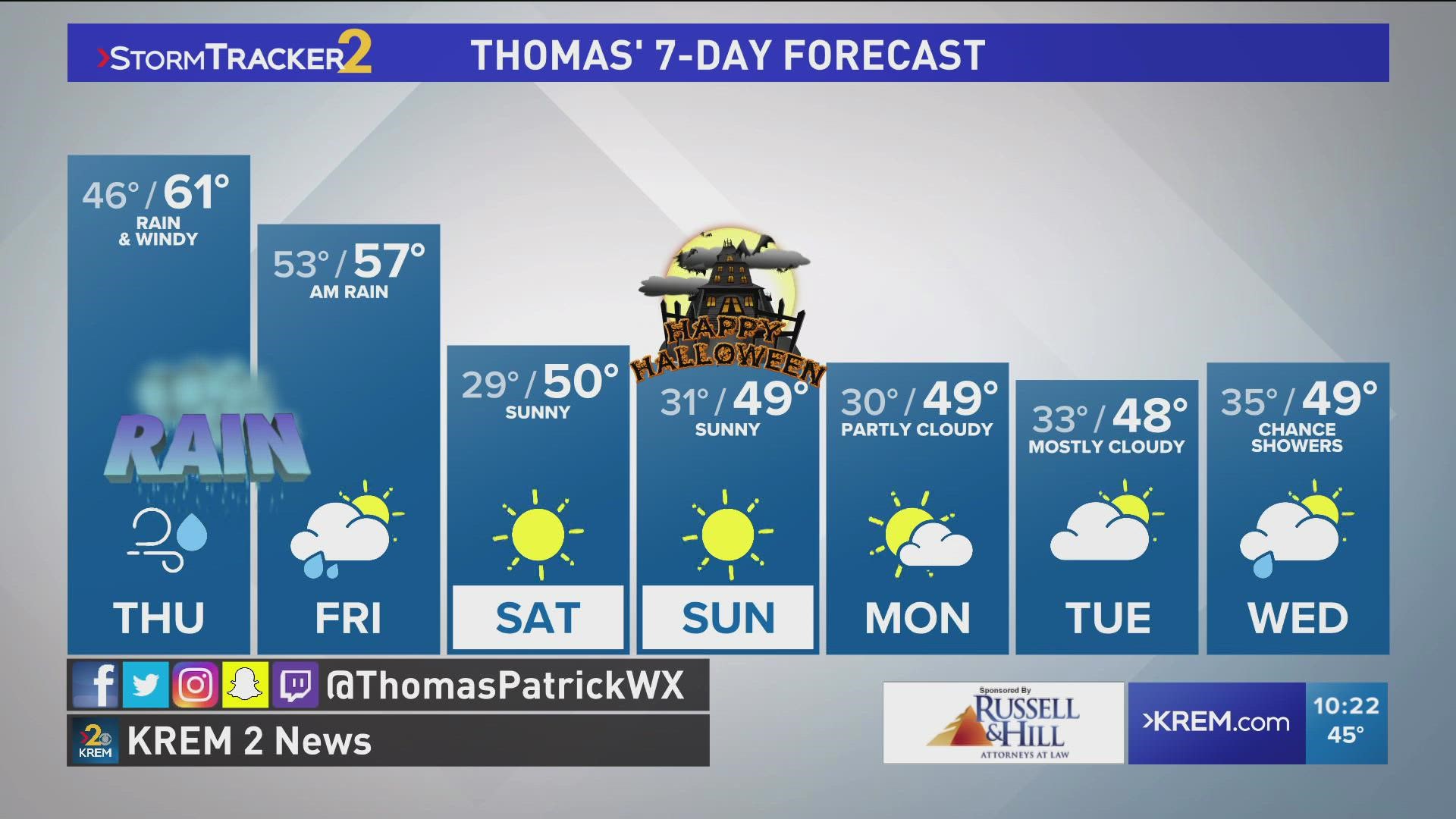 Rain in the forecast for the rest of the week, sunny skies for the weekend