The hottest Coeur d’Alene Ironman could happen this weekend

High temperatures in Coeur d’Alene are forecast to be above 100 degrees on Sunday. 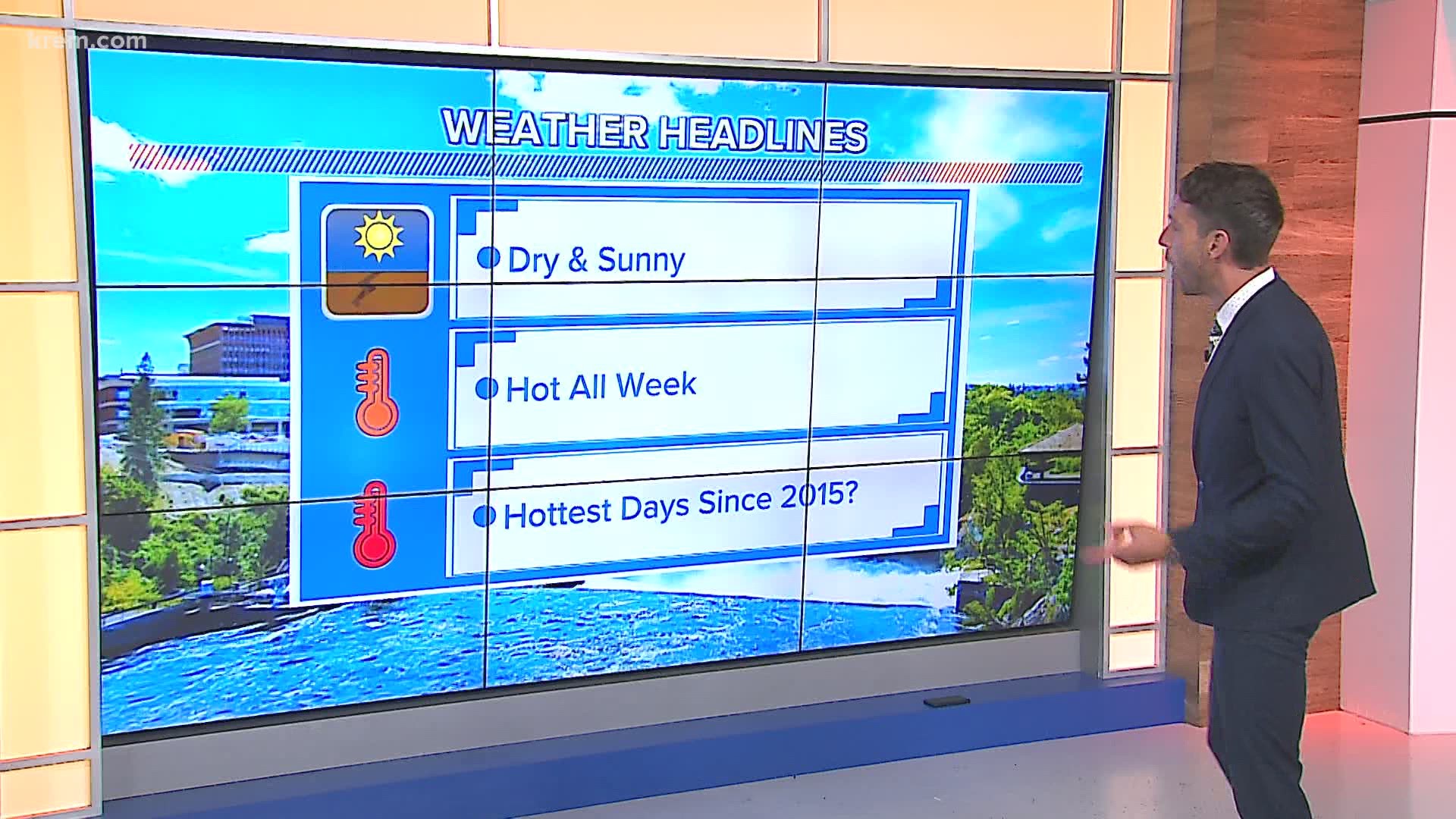 COEUR D'ALENE, Idaho — The 2021 Coeur d’Alene Ironman could be the hottest ever run in North Idaho. That includes 2015 when temperatures soared to 99 degrees on the last Sunday in June.

The official race start is still a few days away, but upper-atmospheric patterns suggest this heat is a sure thing. The ridge in the jet stream responsible for the 90-degree heat all week will amplify this weekend, setting up a heat dome just in time for the running of the Ironman. Temperatures will be almost 30 degrees above normal.

This Sunday’s forecast high temperature of 100 degrees would make this the hottest Ironman ever run in Coeur d’Alene. While this could break the record for the hottest Coeur d’Alene Ironman it still isn’t as hot as some of the races around the world where temperatures have been recorded soaring well into the triple digits.