Thunderstorm chances arrive this week across Spokane and Washington

Multiple days this week have shower and thunderstorm chances. Some boast severe weather while others increase fire danger. 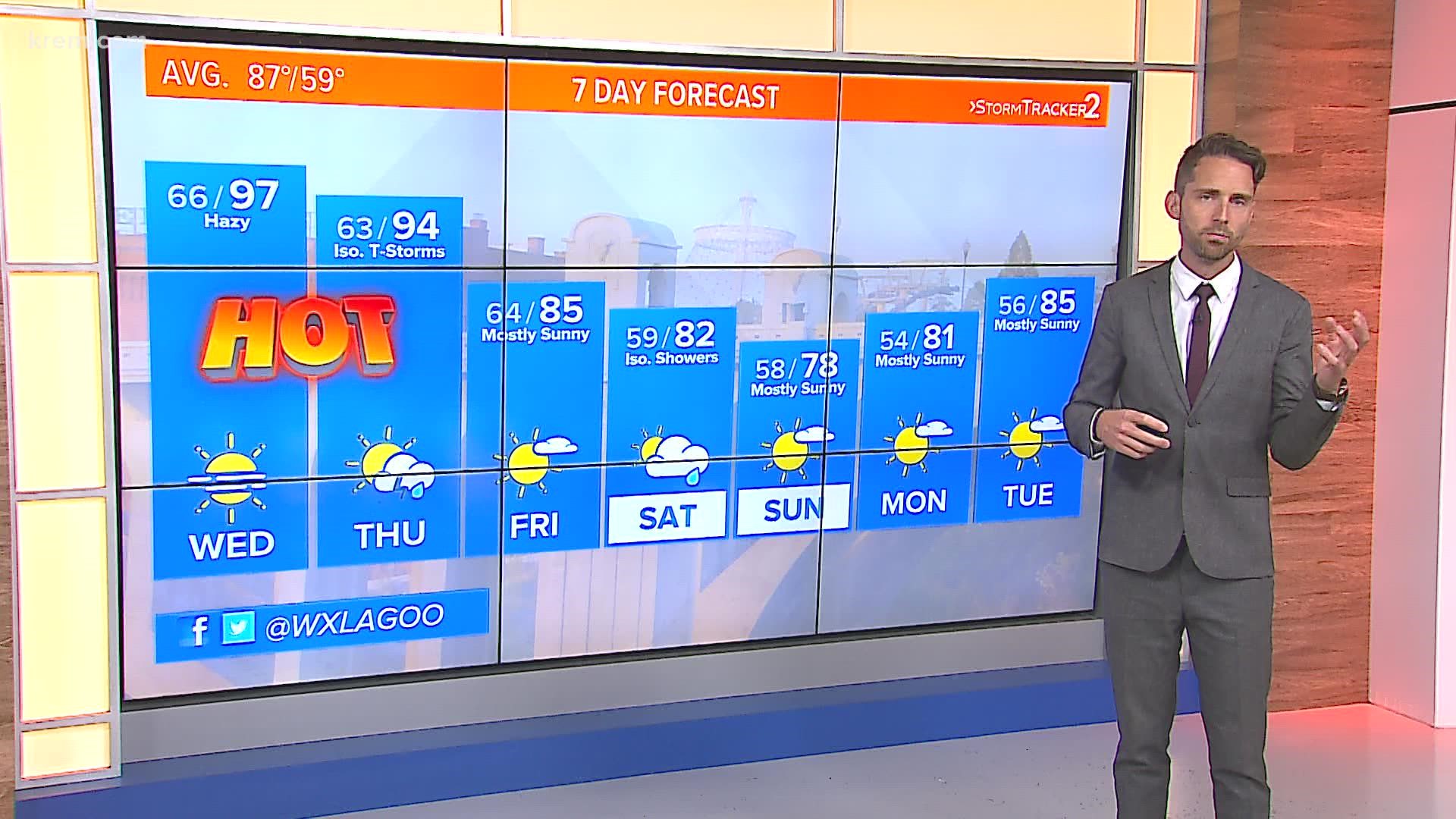 SPOKANE, Wash — A fairly active and unsettled weather pattern across Washington this week will result in multiple chances for showers and thunderstorms. On Tuesday afternoon, thunderstorms have already developed across the Cascades and rain chances are possible through Saturday.

Tuesday's storm cells have developed along the Cascades and are capable of producing heavy rains, lightning, winds up to 50mph and hail. One storm over Stevens Pass was able to warrant a Severe Thunderstorm Warning from the National Weather Service in Seattle. These storms are traveling northeastward and could affect areas of north-central Washington, such as Okanogan and Ferry counties.

The Storm Prediction Center issued a Marginal Risk for severe weather outlook for most of the Inland Northwest. Thunderstorm winds could gust up to 50mph. But the latest short-range computer models contain most of the thunderstorm activity to the Cascades and northern Washington. It's not impossible for Spokane and areas to the south to see a storm but it's much less likely.

Thunderstorms have developed along the Cascades this afternoon. Thunderstorm winds could gust up to 50mph. While SPC has most of the region under a Marginal Risk for severe weather, north-central Washington has the best chance for activity tonight. #KREMweather pic.twitter.com/7O8wFX7FJW

The upper air disturbance responsible for today's storms will most east into Idaho and Montana on Wednesday, and most of the region will see a break in the storms.

The next system moves into the region on Thursday, and again, more thunderstorms are likely to develop. Eastern Washington and North Idaho have the better chance to see the activity on Thursday. As of now, severe storms are unlikely. But dry lightning could be an issue. A Fire Weather Watch was issued for central Washington as the threat for thunderstorms and lightning will elevate the fire danger in that region.

Finally on Friday, a large low-pressure region from the North Pacific will push through, leading to significant weather changes. Temperatures will cool by a factor of 10 to 15 degrees and showers are possible. Thunderstorms are less likely, but the maritime air mass could produce scattered showers, with northern Washington boasting the best chance both Friday and Saturday. 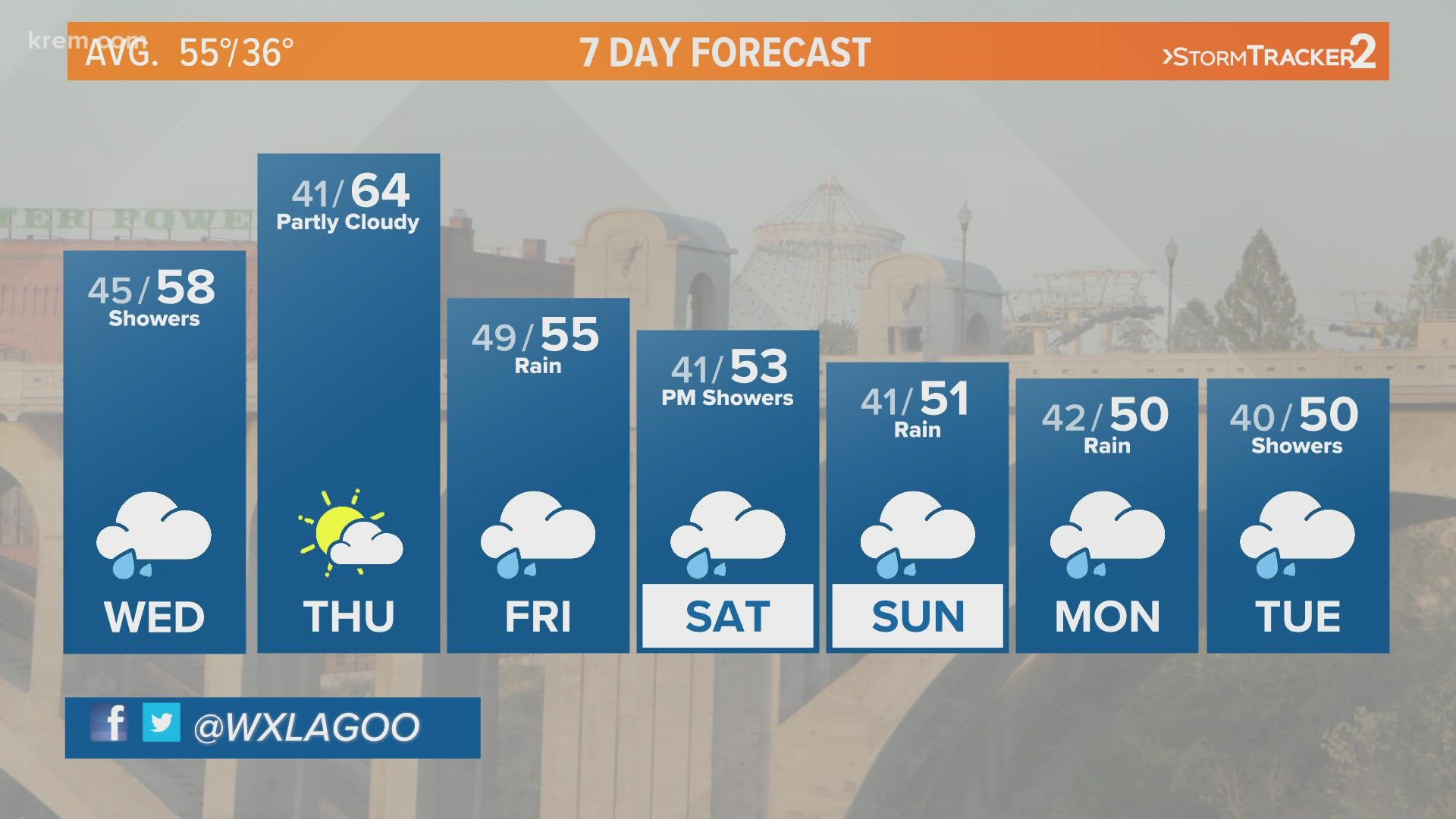