Temperature are expected to drop to the 20s on Tuesday morning and snow is possible on Wednesday morning. 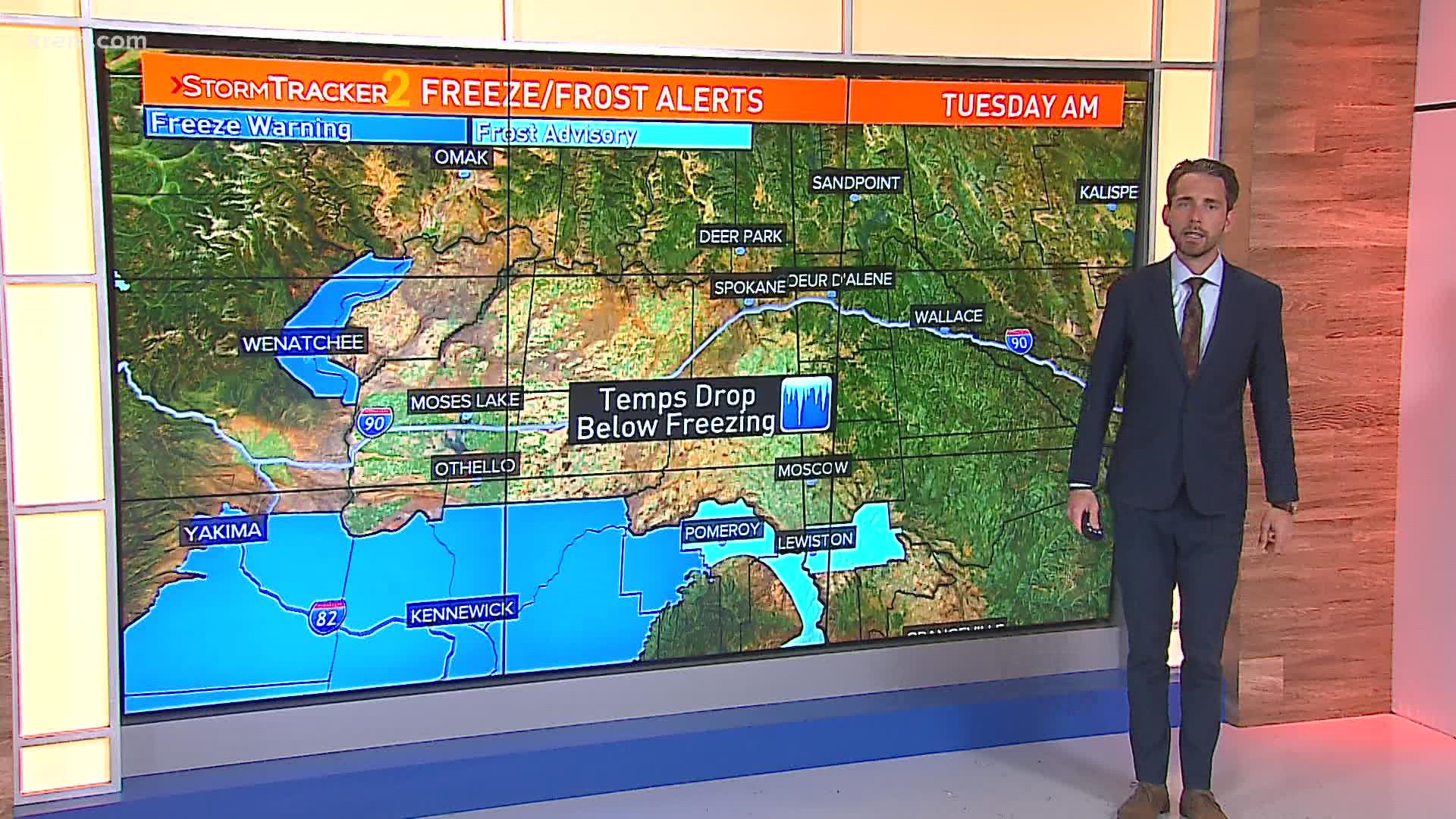 While the freezing temperatures aren't uncommon, it's not every year when it snows this month. Since last week, the forecast is still on track for a chance for snow by Wednesday morning.

Low temperatures dipped to the 20s for the first time this season in Spokane on Monday morning, with a low of 29 degrees. It will likely be just as cold Tuesday morning. It's past the growing season, so no frost or freeze alerts will be issued for most of the Inland Northwest.

However, Lewiston is under a Frost Advisory and areas in southern Washington are under a Freeze Warning as lows will be in the low-to-mid-30s. These locations tend to see a later frost, so the alerts are still necessary.

Then comes the snow. Thankfully, it won't be a lot if it happens and definitely not even close to the record-breaking October 2020 storm where 7.5 inches of snow fell at the end of the month.

A low pressure area moves directly over Washington on Wednesday morning at just the point in the day when temperatures are at their coldest and snow levels are at their lowest. Between approximately 5 a.m. to noon, a wet snow or wintry mix will fall across portions of Eastern Washington and into North Idaho. Temperatures will hover around the mid-30s. Just above the freeze mark can support snowfall but it will have a hard time sticking.

We are still on track for a light/wet snowfall Wednesday morning around 5-11am. Probably won't stick around in Spokane, but some grassy accumulations possible on the Palouse. #KREMweather pic.twitter.com/FUaw5LoHXs

Areas on the Palouse, such as Pullman, Colfax, Rosalia and others, will have the best chance to see some accumulations that will likely just stick to the grass. The precipitation can actively cool the atmosphere, causing rain to change to snow even after what is usually the coldest point of the day just after sunrise, which is around 7 a.m. this time of year. Computer models show the Palouse as the area with the best chance for light accumulations.

In Spokane, it is entirely possible the rain/snow split could occur at different parts of town. It's not uncommon to see snow on the South Hill, but still rain downtown where there's a 400-foot elevation difference.

Should any accumulations be reported in Spokane, it'll only be the second time where it snowed in three consecutive Octobers. It last happened in 1971, 1972 and 1973.