There are better chances of snow for Spokane later in the week, too. 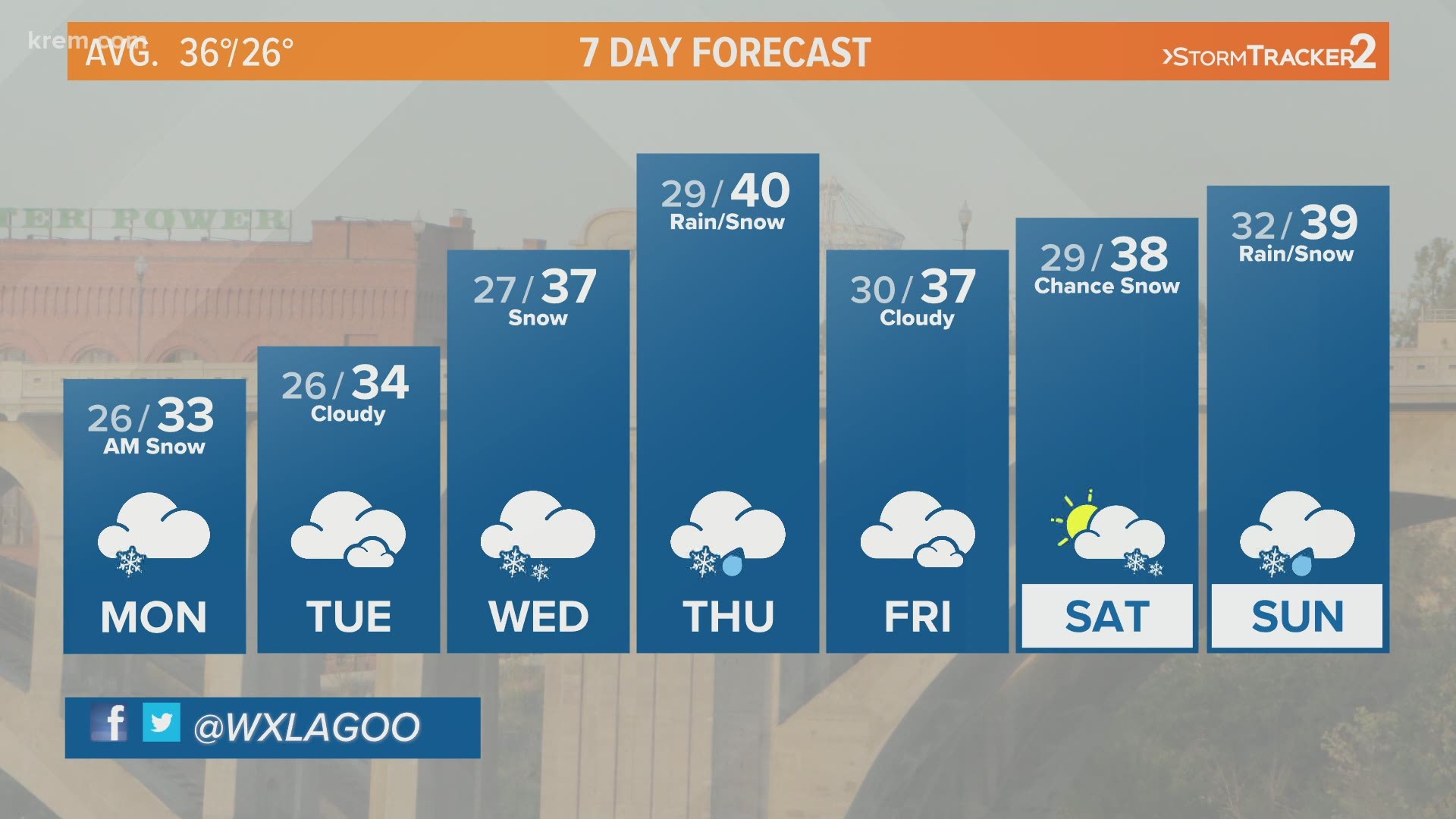 SPOKANE, Wash. — Snow is back for Spokane and the Inland Northwest.

The storm itself doesn’t look to offer too much in the way of accumulation less than one inch for most areas. However, the timing appears to be more important. The snow is forecast to continuing falling through the Monday morning commute.

After a stretch of warm weather, many people forget how to drive in the snow. The storm's arrival for the start of the workweek makes its impacts bigger than the storm itself.

Again, It’s not much snow, but after a warm month and a complete lack of snow it is enough to make Monday’s morning commute one to watch.

The snow had no problem sticking immediately. Temperature over the weekend were as cold as 15 degrees on Saturday morning and no warmer than 31 degrees both Saturday and Sunday.

For all of the snow lovers out there, we do have better chances of snow later this week. Cold temperatures and another round of moisture means more widespread snow is likely by Wednesday.

Right now, it's looking like we could pick up a more widespread 1-2 inches starting Tuesday night.