The team faces the Tri-City Dust Devils in a six-game series until Sunday. Each one of the games has pushed back the start time to 7:05 p.m. 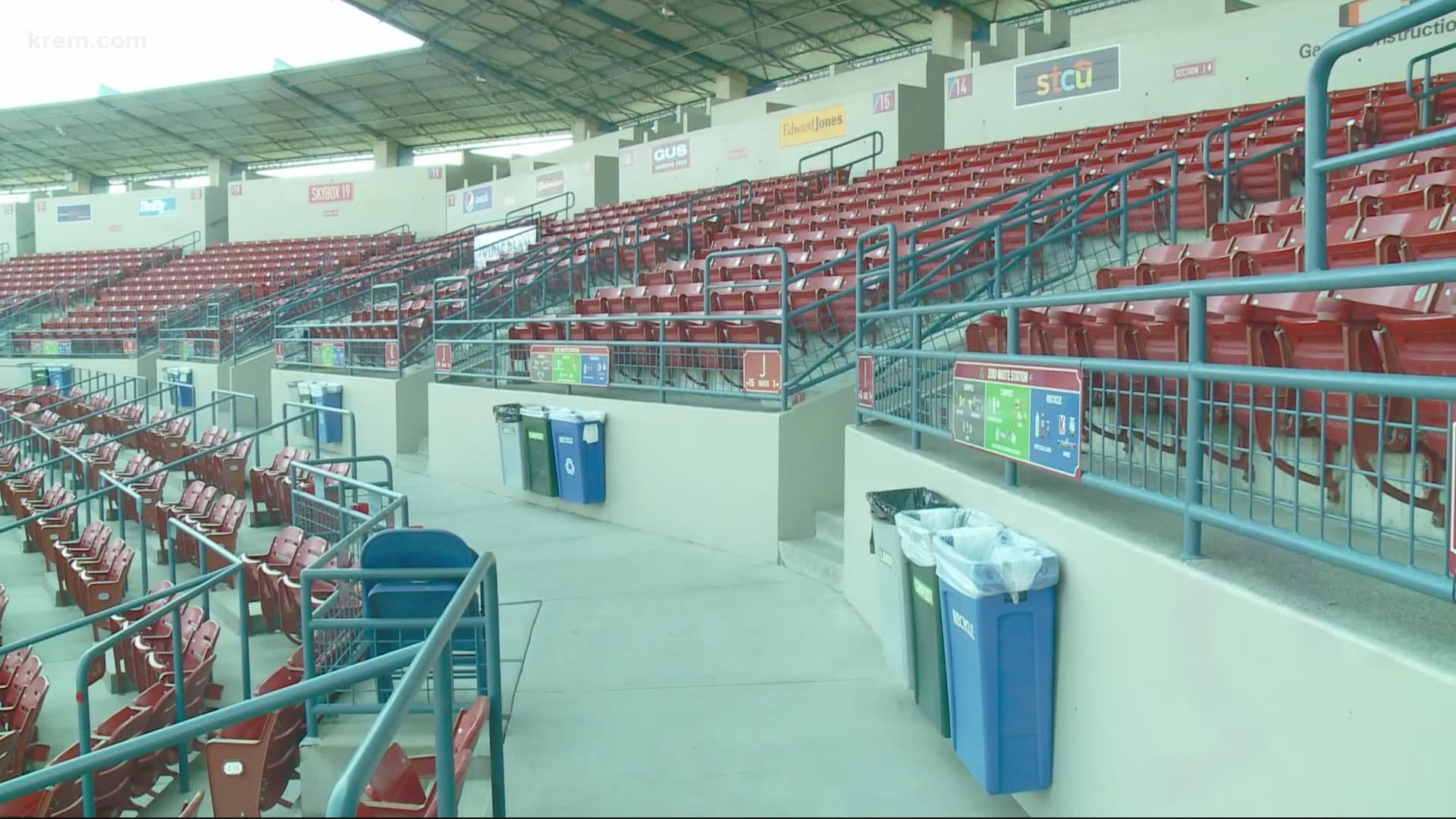 SPOKANE, Wash — Amidst the triple-digit record-breaking heat wave, The Spokane Indians has pushed back the start time of its games.

The games in the six-game series against the Tri-City Dust Devils will begin at 7:05 p.m. each evening.

The games were moved so there is less sun exposure on the field as well as on the stadium seats, according to team Senior Vice President Otto Klein. He added that the stadium adjusted to the severe heat warnings.

Today broke the record for hottest day ever in Spokane.

Hitting about 110 degrees, the @spokaneindians says they added new ways to keep fans cool. The first — pushing the game back to 7:05 p.m.

"We don't want to keep people away," Klein said. "There's a lot of avid Indians fans in this community that love coming out to support the hometown baseball team and we're gonna welcome them with open arms."

In addition to the late start, they are offering free water the entire game, misting stations around the stadium, air-conditioned rooms in case fans get too overheated and a doctor on call in case of emergency. They also sprayed down willing fans with a water hose at the top of the third and sixth innings.

The series goes from today until Sunday. Each one of the games has been pushed back to 7:05.